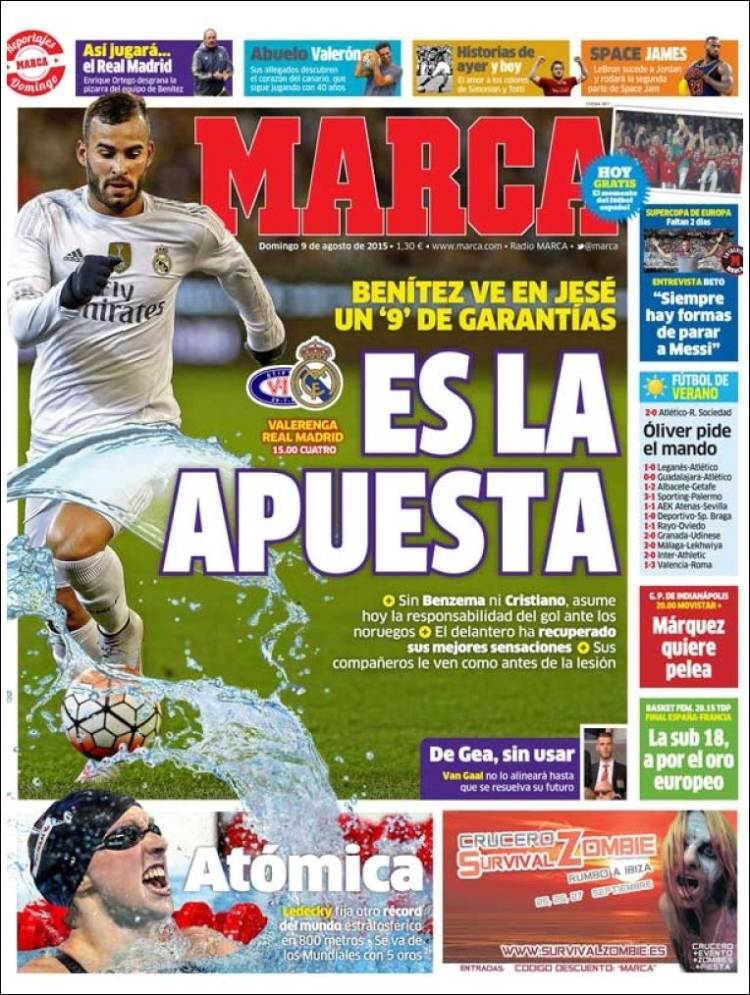 Benitez sees Jese as a guaranteed No 9

With Benzema and Ronaldo both missing, Jese will assume goalscoring responsibilities against Valerenga today

The forward has rediscovered his best form

His teammates see him as he was before his injury

Van Gaal will not play him until his future is resolved

“There are ways to stop Messi” 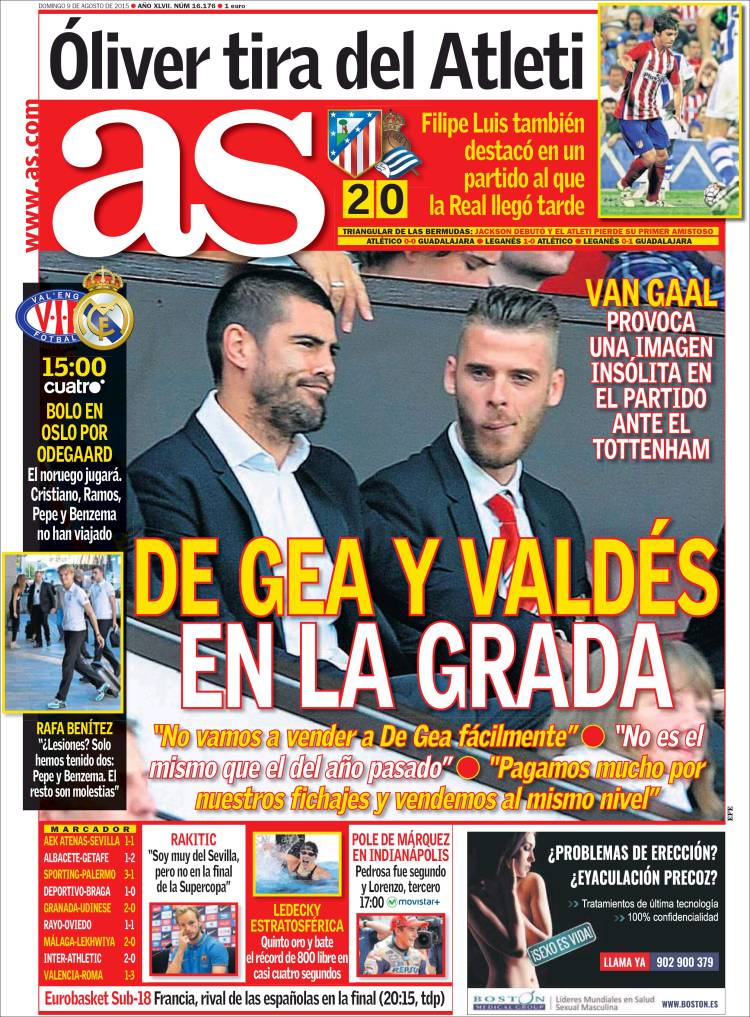 De Gea and Valdes in the stands

Van Gaal provokes an unusual image in the match against Tottenham

“We will not sell De Gea easily”

“He’s not the same as last year”

The Norwegian will play; Ronaldo, Ramos, Pepe and Benzema did not travel

Rafa Benitez: “Injuries? We have only two, Pepe and Benzema. The rest are just knocks”

Rakitic: “I am a sevillista but not in the Supercopa” 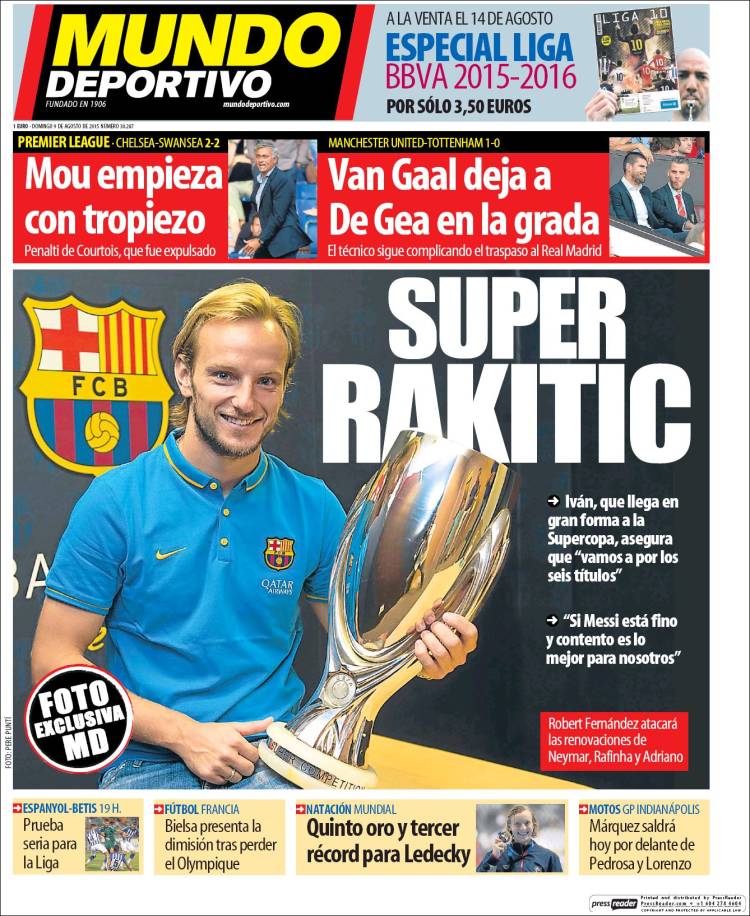 Ivan, who arrives in great shape for the Super Cup, says “we’re going for the sextuple”

“If Messi is fine and happy, it’s better for us”

Robert Fernandez will proceed with renewals for Neymar, Adriano and Rafinha

Penalty conceded by Courtois, who was sent off

The Coach continues to complicate his transfer to Real Madrid