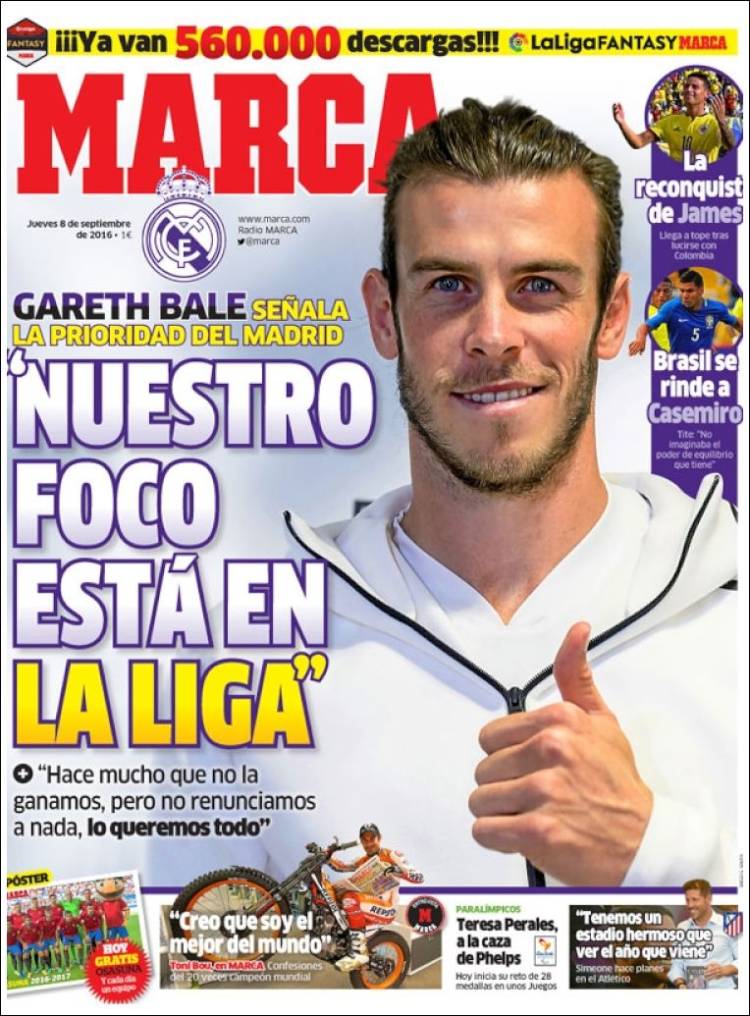 "Our focus is on LaLiga"

'Us winning it has been a long time coming, but we don't give up on anything - we want it all!

Bale points out the priority of Madrid

The reconquest of James - returns after shining with Colombia

Casemiro - Brazil manager Tito: 'I never imagined the balance of power he has' 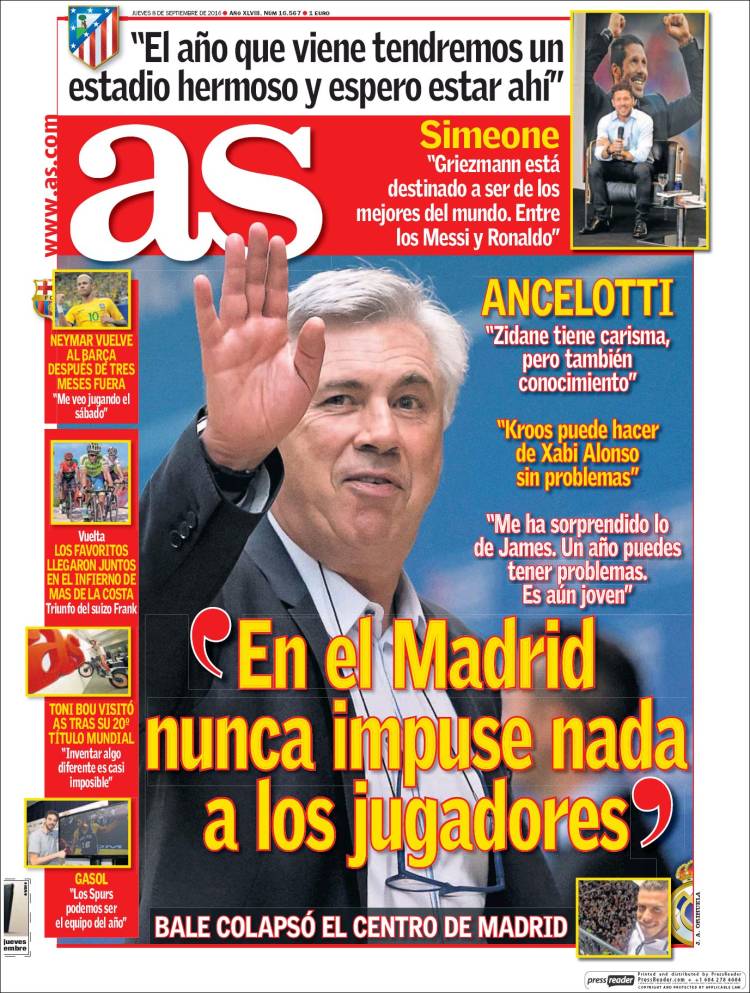 "In Madrid, no players were forced on me"

Ancelotti: 'Kroos can play in Xabi Alonso's position, no problem'

Ancelotti: 'I was surprised at James' problems in one year, but he's still young'

Simeone: ' Next year we will have a beautiful stadium and I hope to be there'

Simeone: 'Griezmann is set to be one of the world's best players, alongside Messi and Ronaldo'

Bale crashes the centre of Madrid 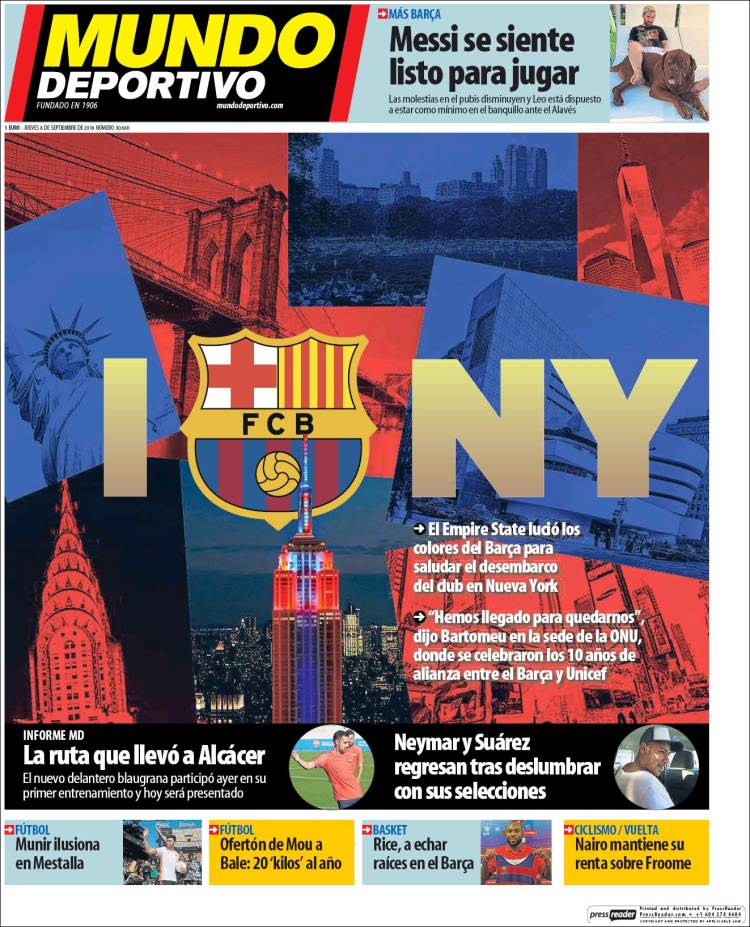 "We are coming to stay" - say Bartomeu, as the ten-year association between Barca and UNICEF is celebrated

Munir's dreams at the Mestalla