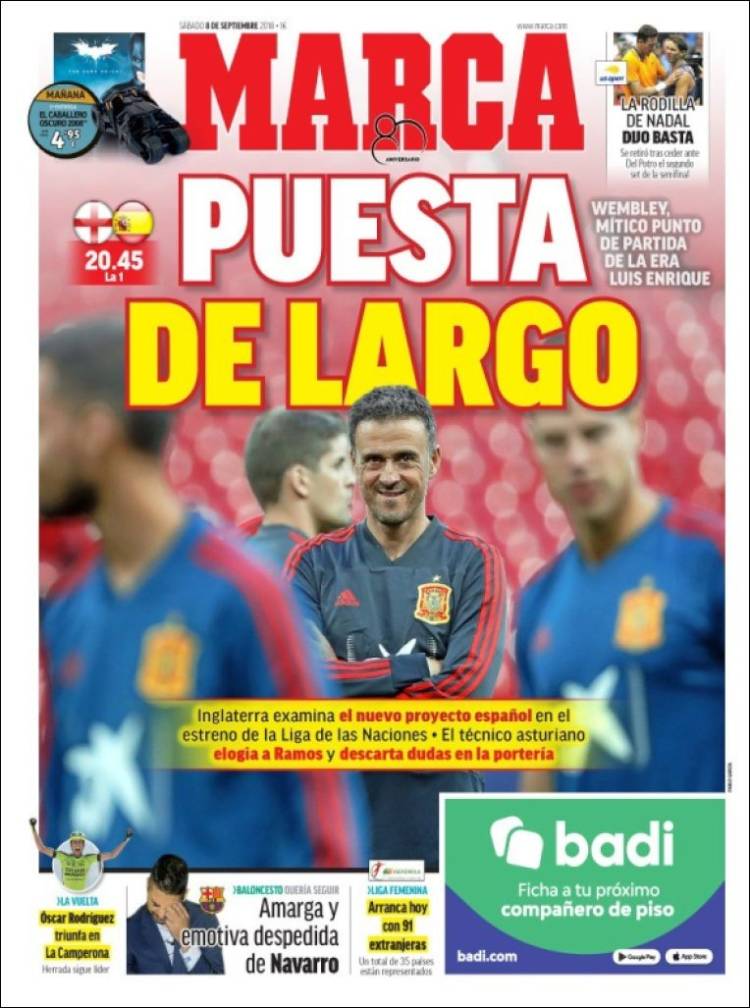 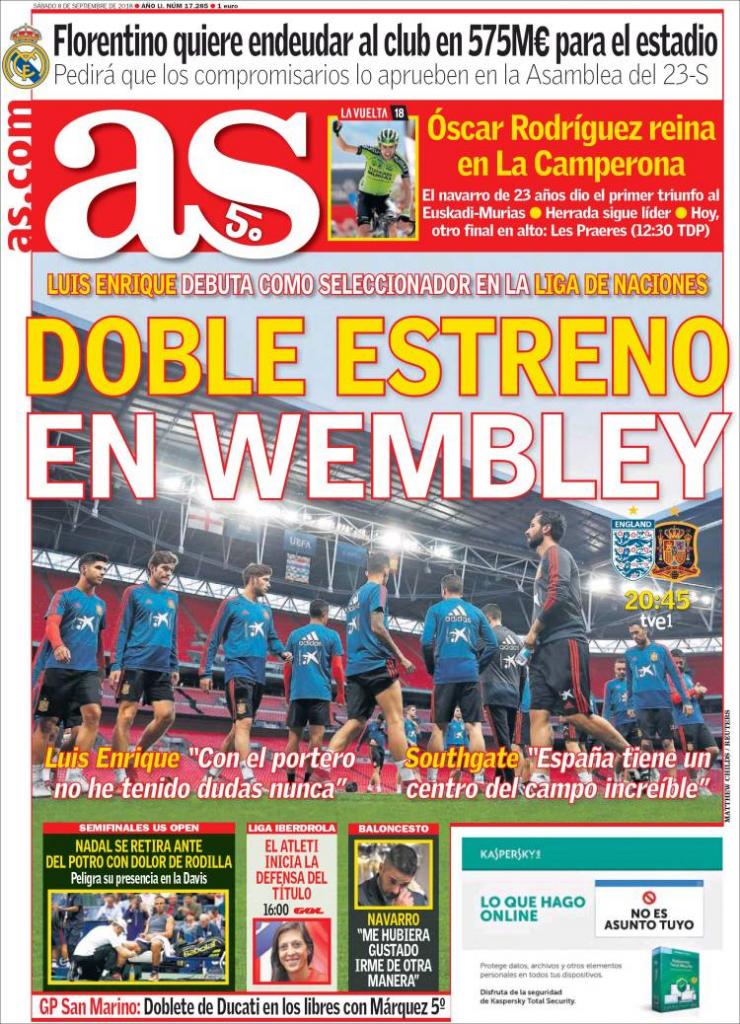 Luis Enrique debuts as Coach in the Nations League

Luis Enrique: "I have no doubts over the goalkeeper"

Southgate: "Spain have an incredible midfield" 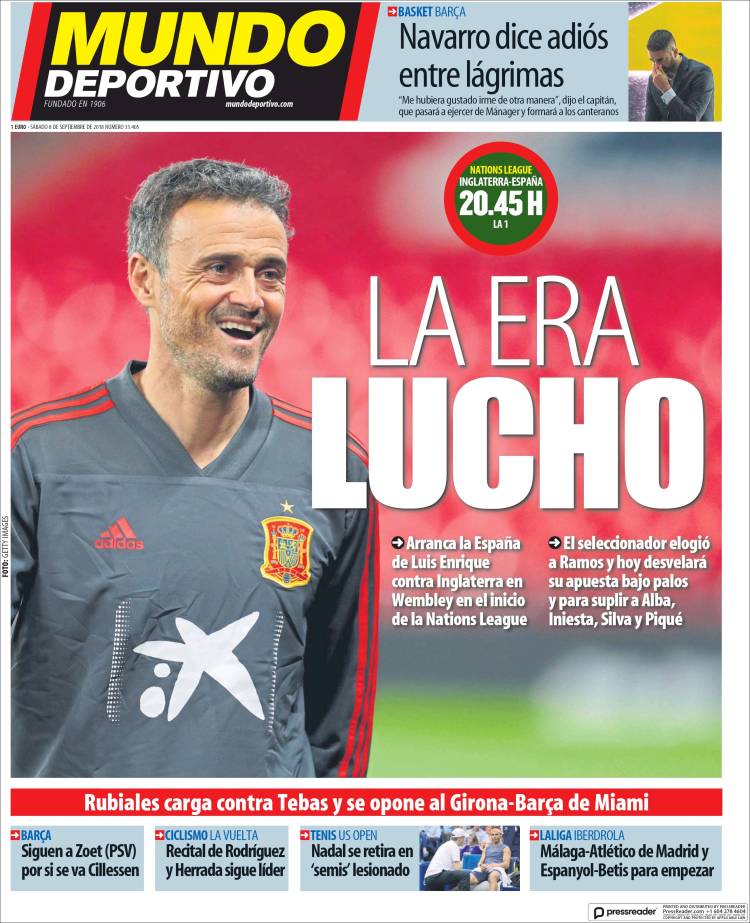 The Coach praises Ramos and today will reveal his goalkeeper, as well as who will replace Alba, Iniesta, Silva, Pique

They will go for Zoet (PSV) if Cillessen leaves