An evening with three leaders

Lopetegui not in danger, for the moment 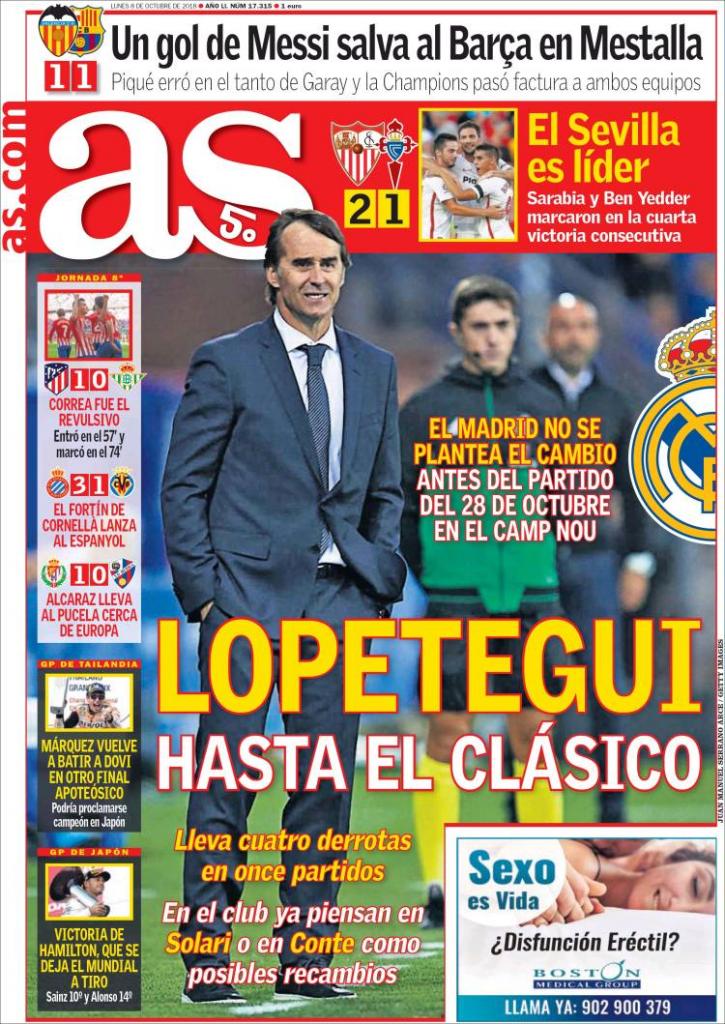 Four defeats in 11 games, club think of Solari and Conte as alternatives

Correa was the difference, Cornella win for Espanyol, Valladolid close to Europe 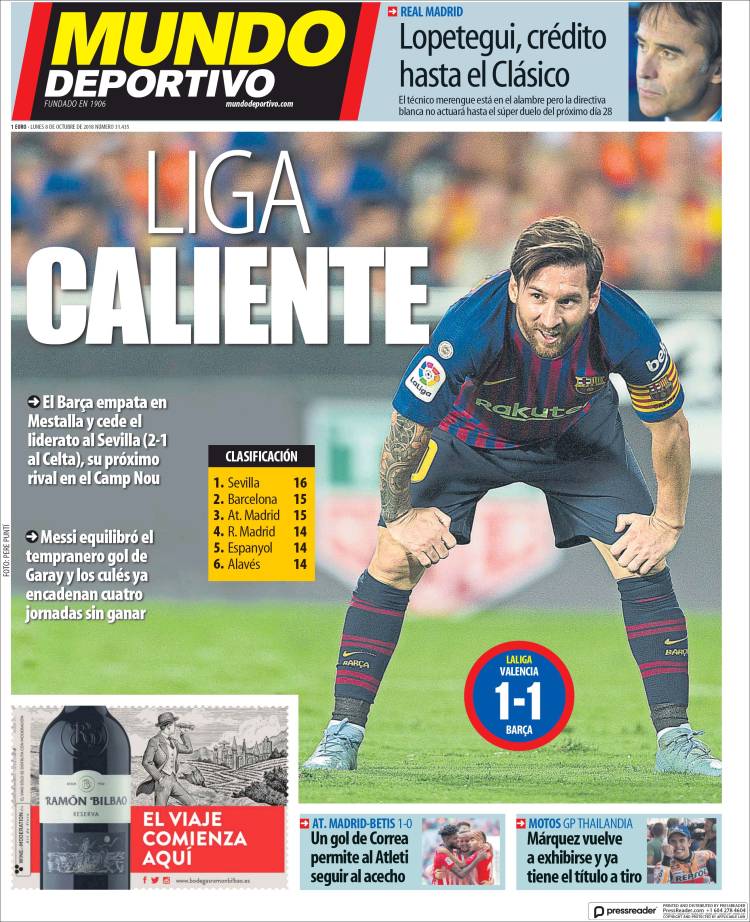 Barca draw in the Mestalla and now trail Sevilla, their next opponent in the Camp Nou

Lopetegui, with credit until El Clasico

Correa's goal means Atleti are on the prowl