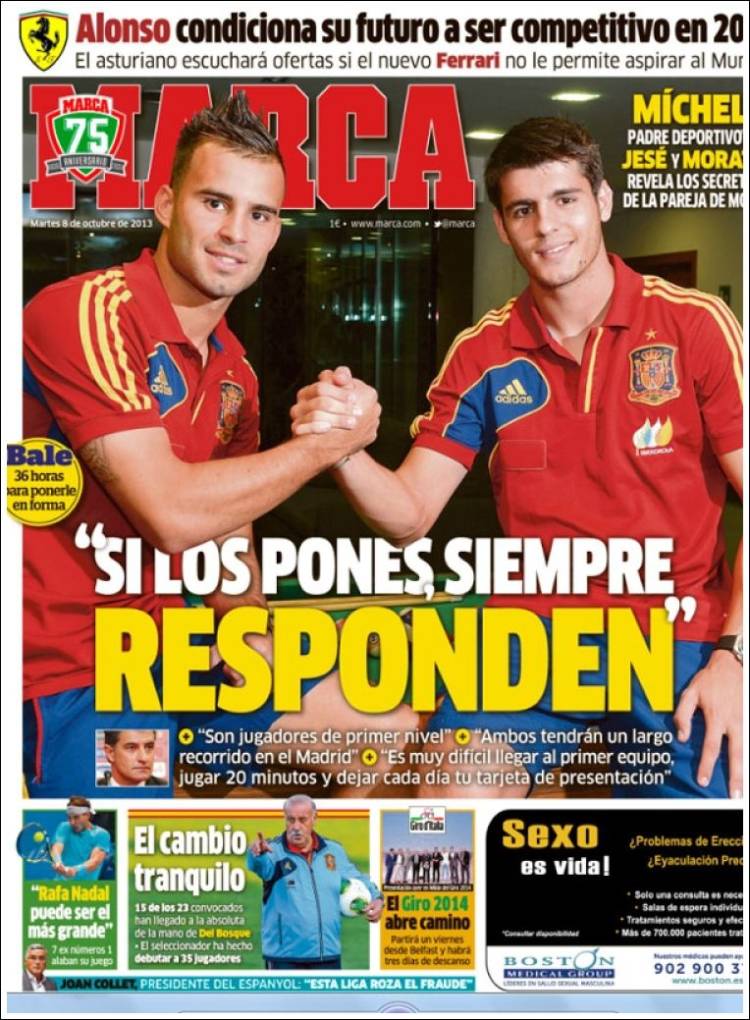 "If you them on, they always respond"

"They are players of a great level"

"Both have great futures at Real Madrid"

"It is difficult to get into the team, to play 20 minutes and to leave your mark"

The coach has given debuts to 35 players

"Rafa Nadal can be the greatest"

Joan Collet, the President of Espanyol: "This league is filled with fraud"

Alonso readying to be more competitive in 2014 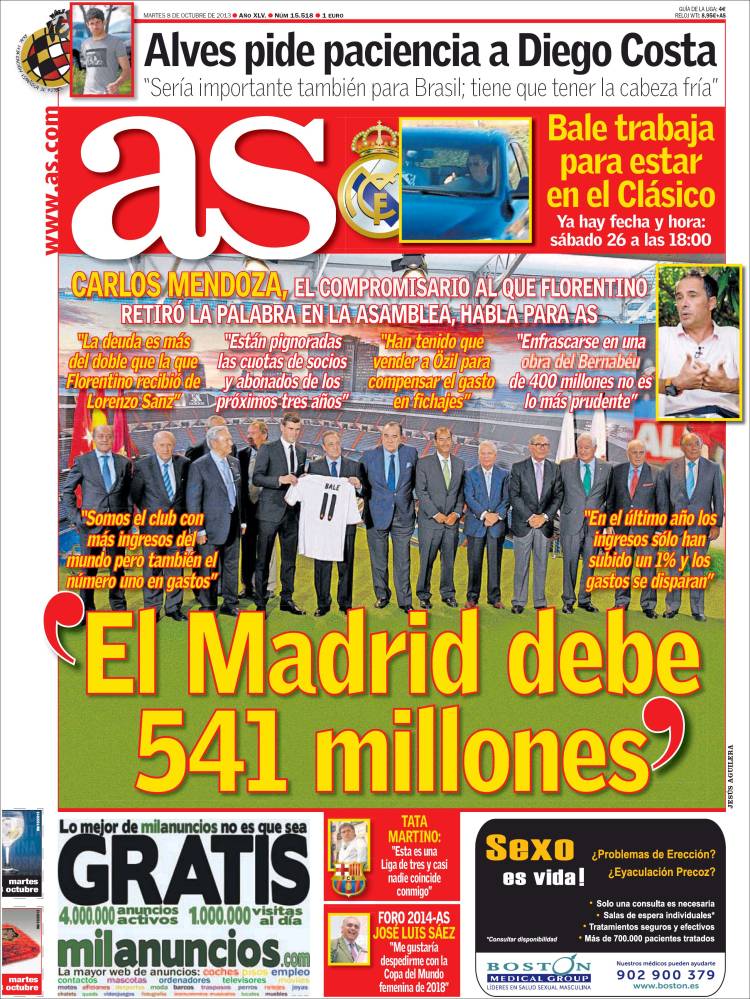 Carlos Mendoza, the convention delegate closes the general assembly and speaks to AS

"The debt is more than double than that Lorenzo Sanz"

"In the last year, revenue has only increased by 1 per cent while spending has continued to rise"

Bale working to be ready for the Clasico

"He would be important for Brazil too, he has to have a cool head"

Tata Martino: "This La Liga is made of three" 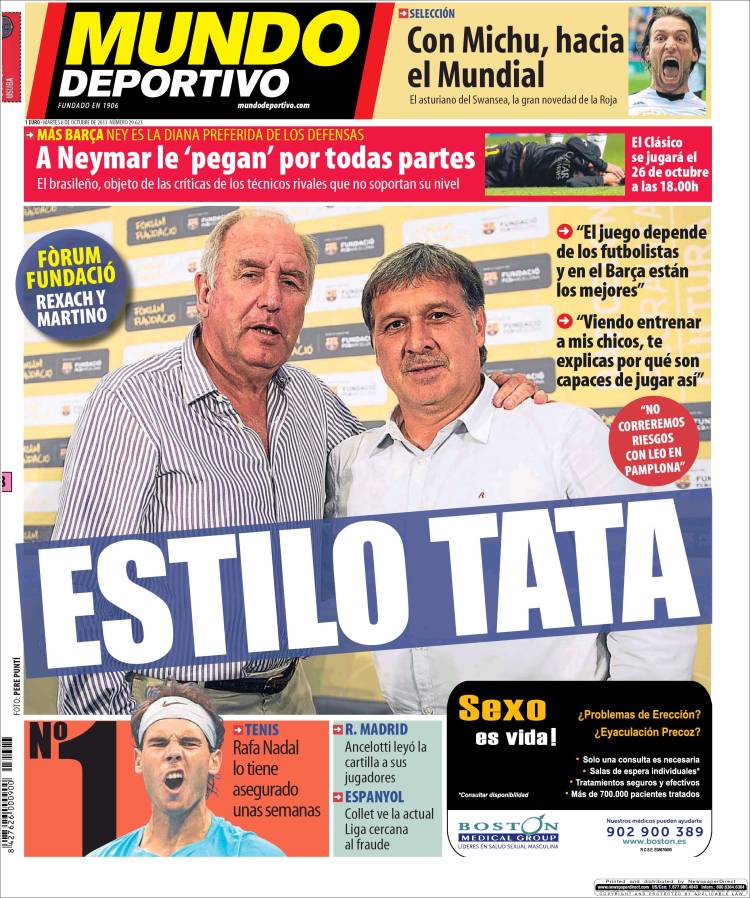 "The game depends on the players and Barca have the best"

"When seeing my players train, you can see they are capable of great things"

Neymar at the centre of criticism

El Clasico to be played on October 26