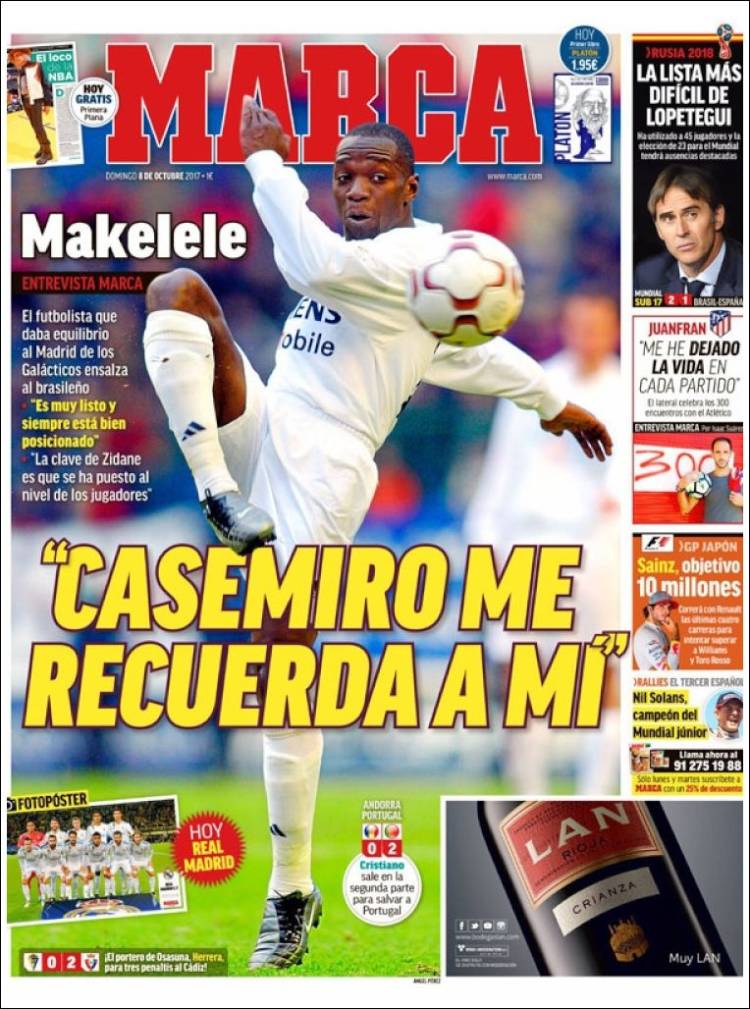 “Casemiro reminds me of myself”

Cristiano comes on in the second half to save Portugal

“I’ve given my life in every game” 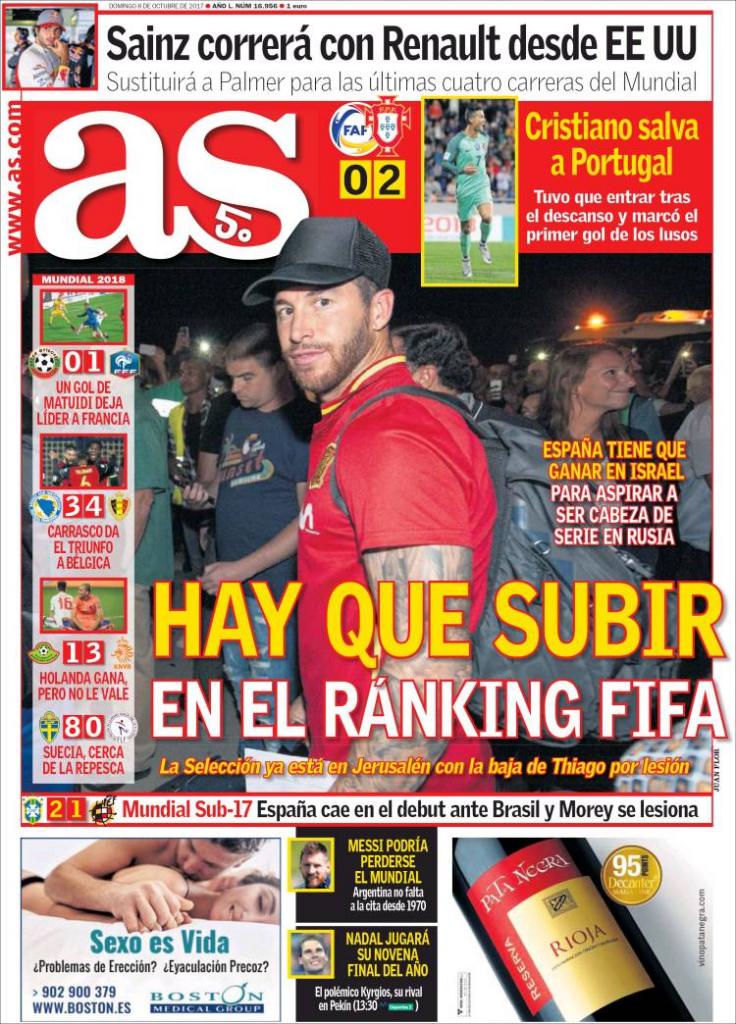 We have to climb

In the FIFA ranking

The national team are in Jerusalem without Thiago, who is injured

Netherlands win, but it bears no value

Sweden, close to the playoffs 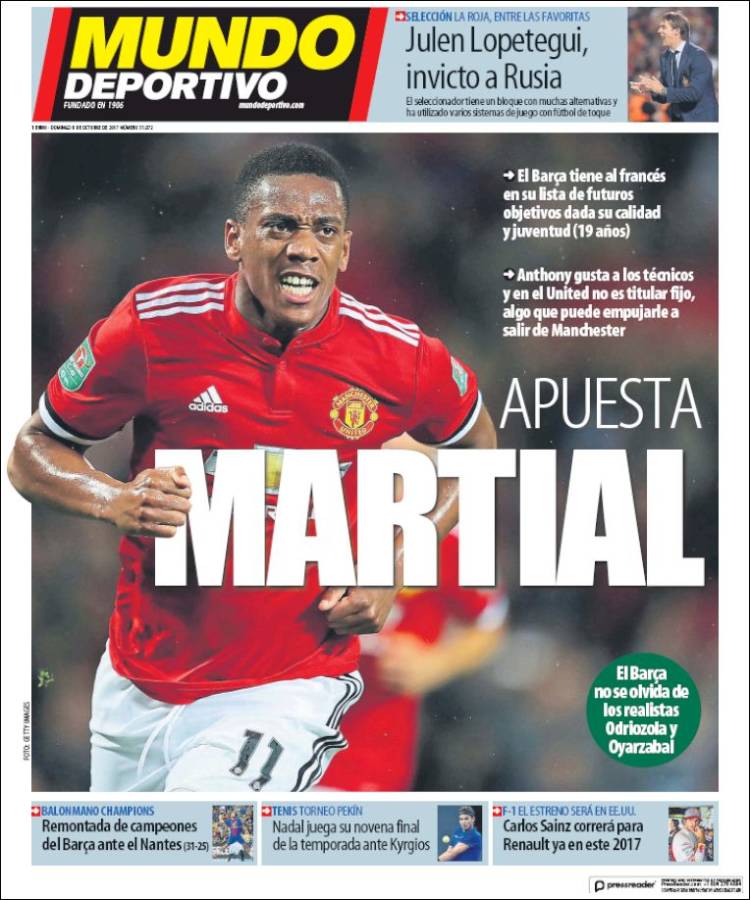 Barca have the Frenchman on their list of future objectives, given his quality and youth (19 years of age)

Anthony is liked by the coaches and not a guaranteed starter at United, something that could force him to leave Manchester

Barca do not forget La Real pair Odriozola and Oyarzabal

National team, among the favourites