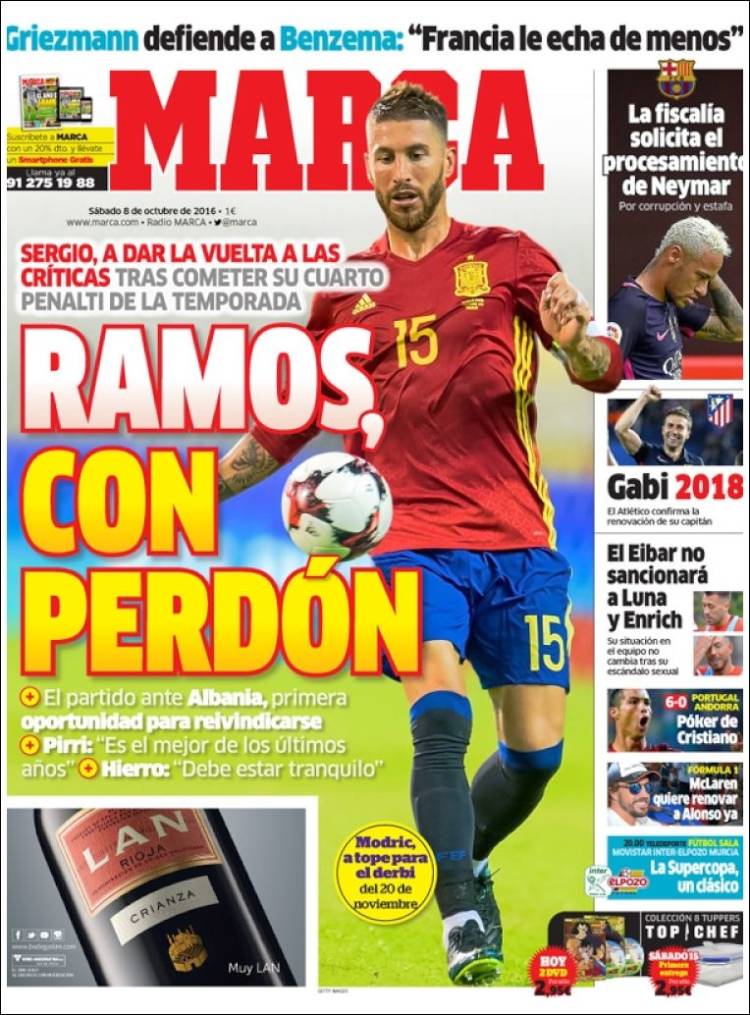 Sergio, to turn around the criticism after conceding his fourth penalty of the season

The match against Albania, his first opportunity to make amends

Hierro: “He must be calm”

The prosecution asks for Neymar to be prosecuted

Atletico confirm the renewal of their captain

Eibar will not punish Luna and Enrich

Their roles in the squad will not change after sex scandal 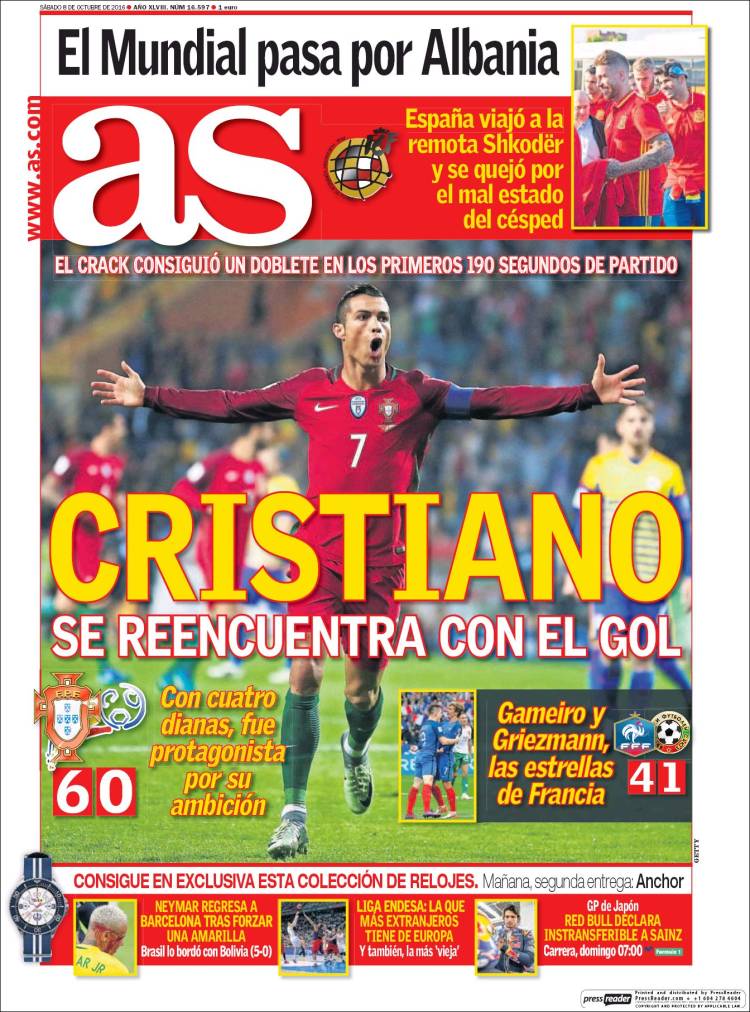 Is reunited with the goals

With four goals, he was the protagonist for his ambition

The World Cup passes through Albania

Neymar returns to Barcelona after drawing a yellow 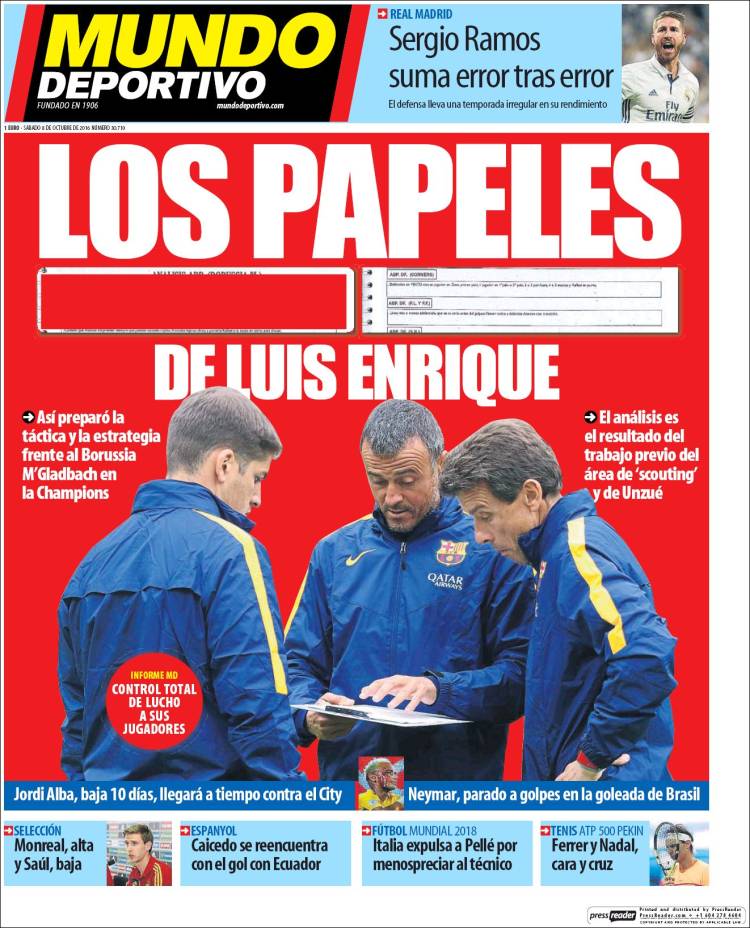 Jordi Alba, out for 10 days but will be back in time for City

The defender is having an irregular season in terms of performance

Monreal in and Saul out

Caicedo is reunited with the goals for Ecuador