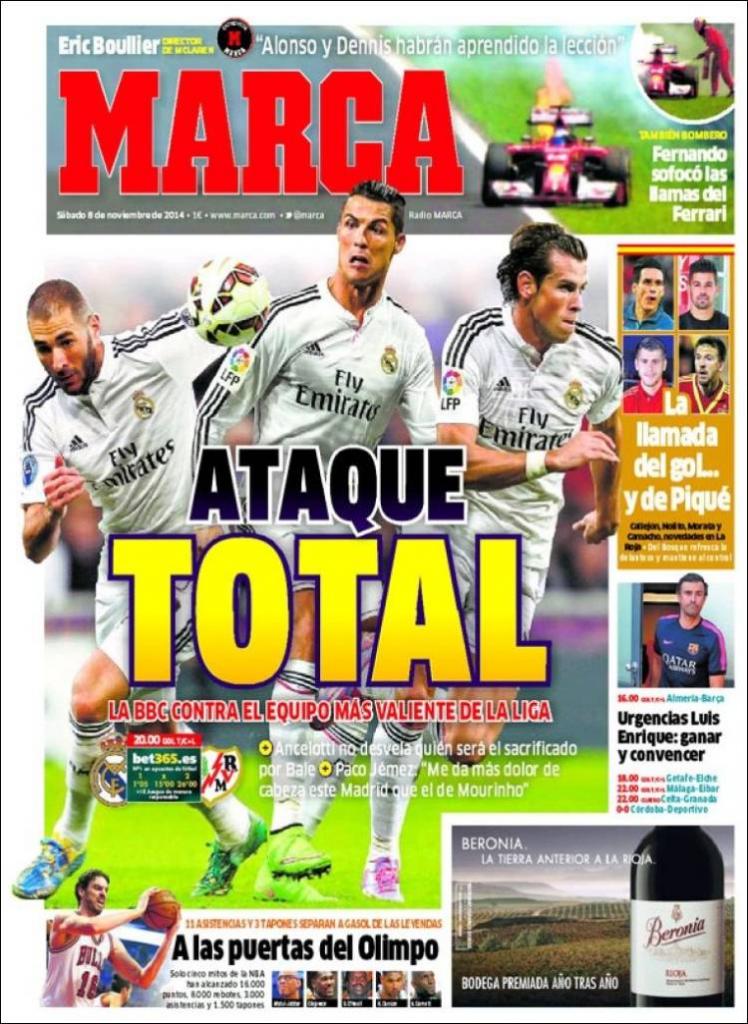 The BBC, against the bravest team in La Liga

Ancelotti has not revealed who will be sacrificed for Bale

Paco Jemez: “This Madrid gives me more of a headache than that of Mourinho”

The call for goals...and Pique 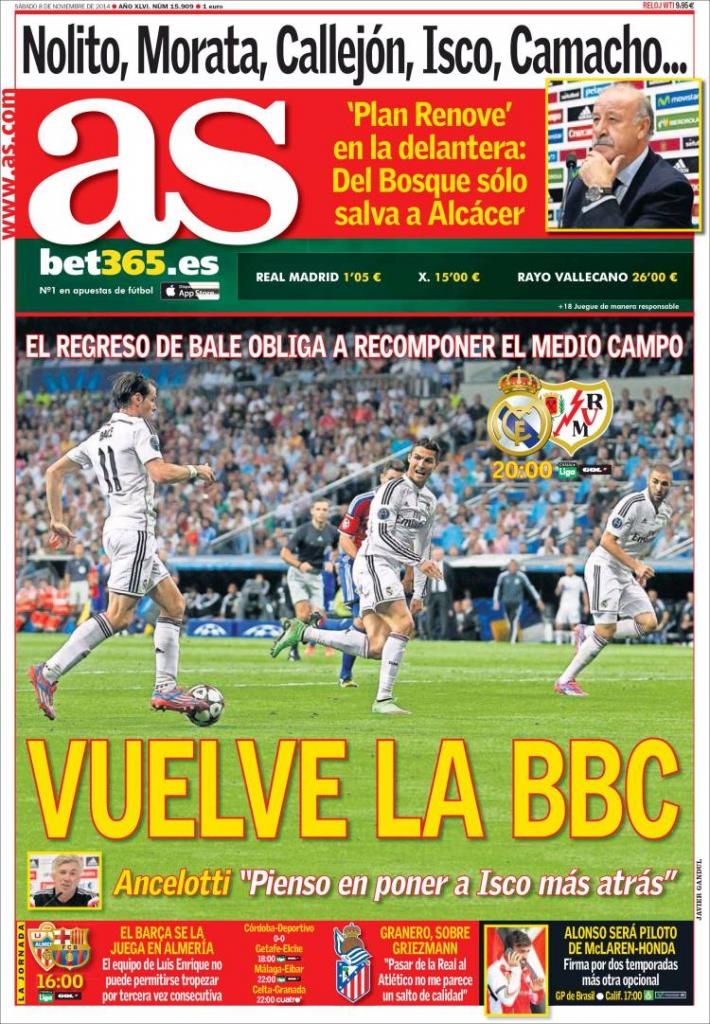 The BBC is back

Bale’s return means the midfield has to be reorganised

Granero on Griezmann: “I don’t think going from La Real to Atletico is a step up in quality” 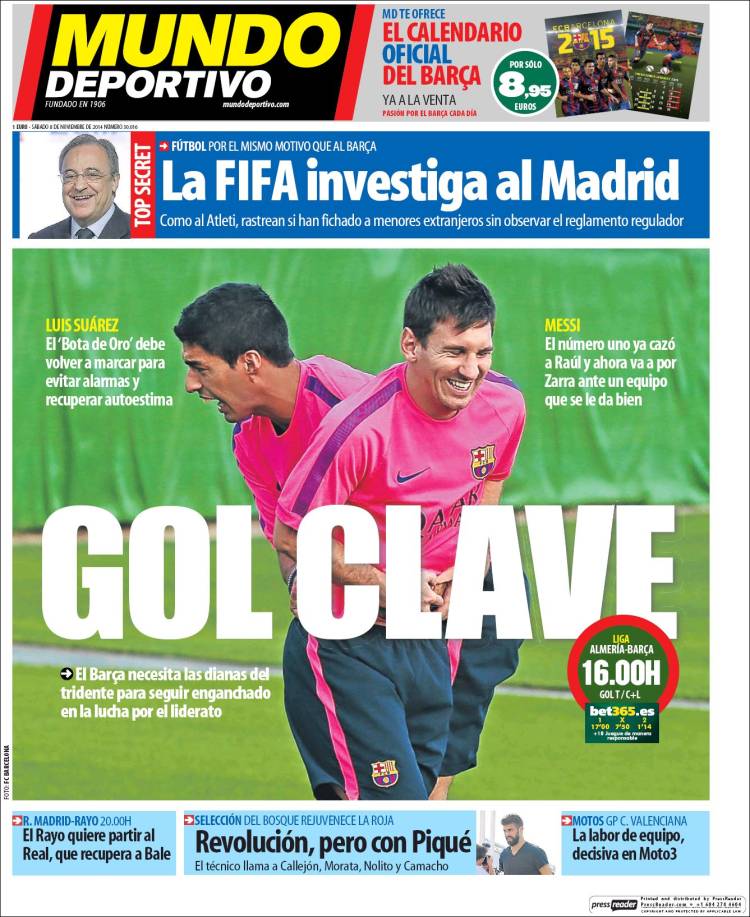 Luis Suarez: the ‘Golden Boot’ must start scoring to avoid any alarms and recover his self-confidence

Messi: the Number One has already hunted down Raul and now goes for Zarra against a team he does well against

For the same reason as Barca: FIFA investigates Madrid

Like Atleti, they are seeing if they have signed young foreign players without observing the rules and regulations

Rayo want to break Real, who have Bale back

The Coach calls up Callejon, Morata, Nolito and Camacho