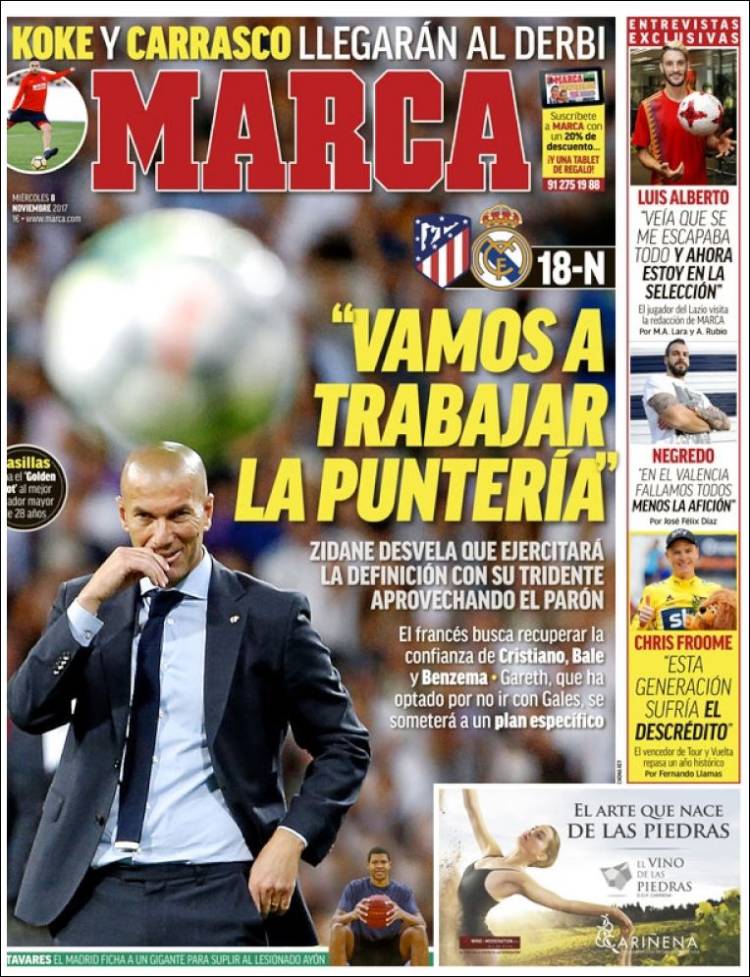 The Frenchman seeks to recover the confidence of Ronaldo, Bale, Benzema, Bale - who chose not to go with Wales - on a specific plan

Koke and Carrasco to return for the derby

Luis Alberto: I saw I was leaving everything and now I'm in the national team 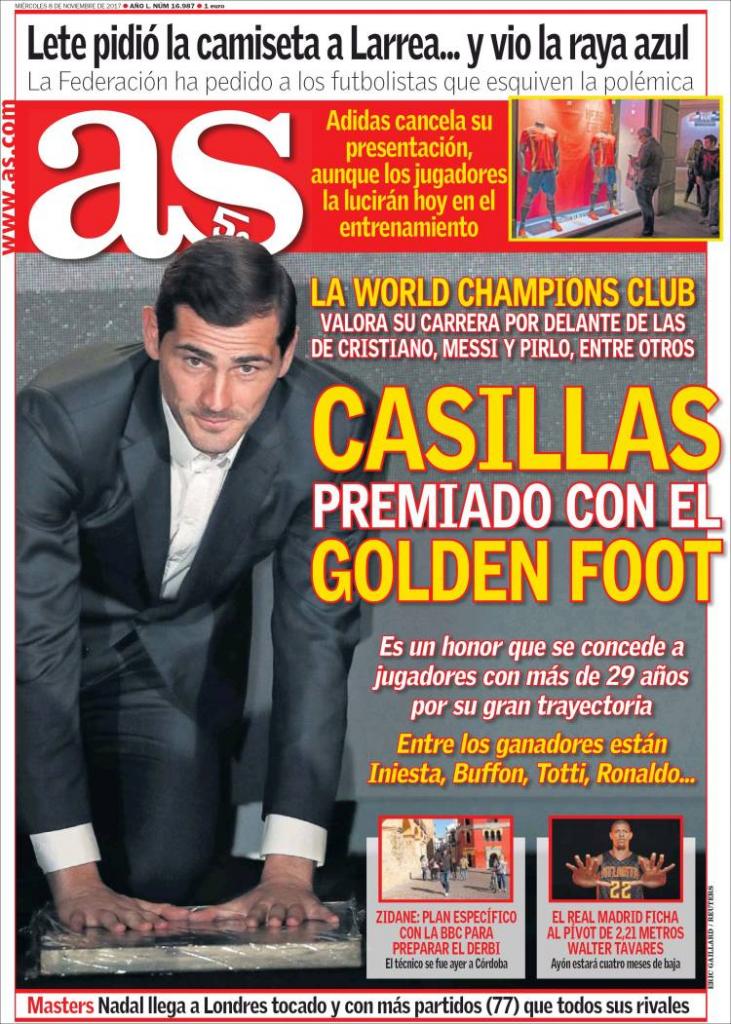 An honour awarded to players over 29 with great careers, Iniesta, Buffon, Totti, Ronaldo...

World Champions Cup - valued his career ahead of Cristiano, Messi, Pirlo, among others 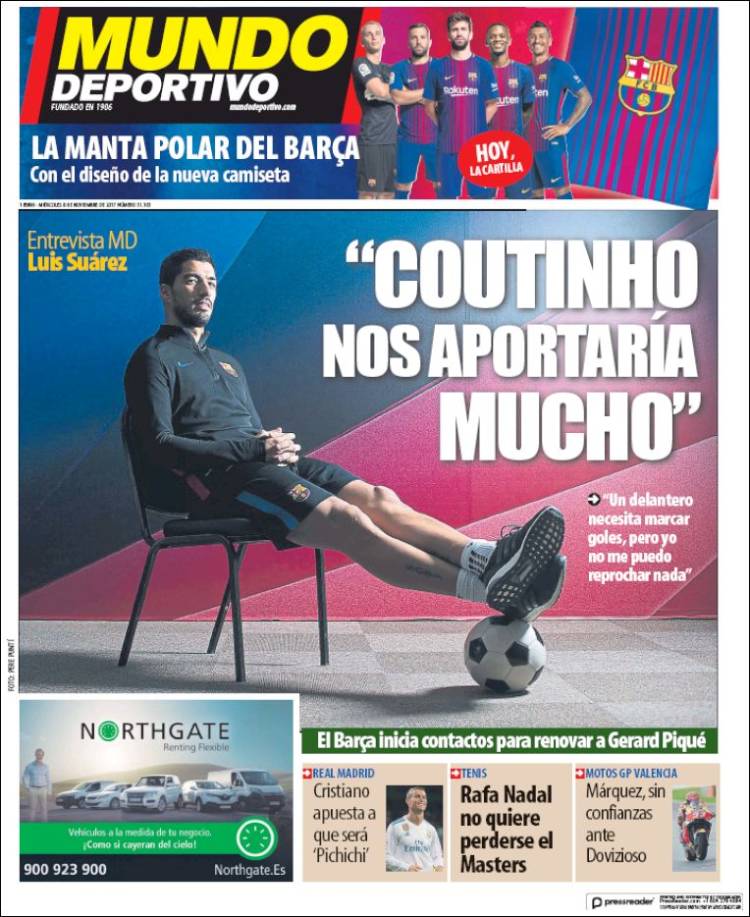 "Coutinho would give us a lot"

"A forward must score goals, but I cannot blame myself"