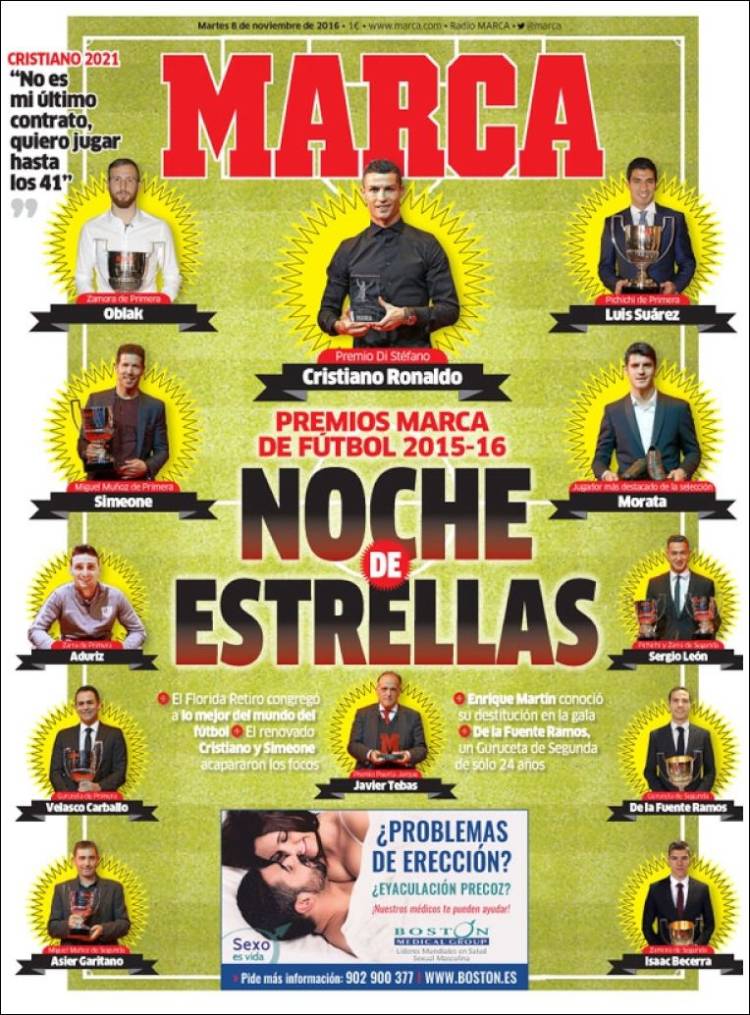 Meeting of the stars of last season, Cristiano (who had just renewed) and Simeone the focus, Enrique Martin sacked by Osasuna 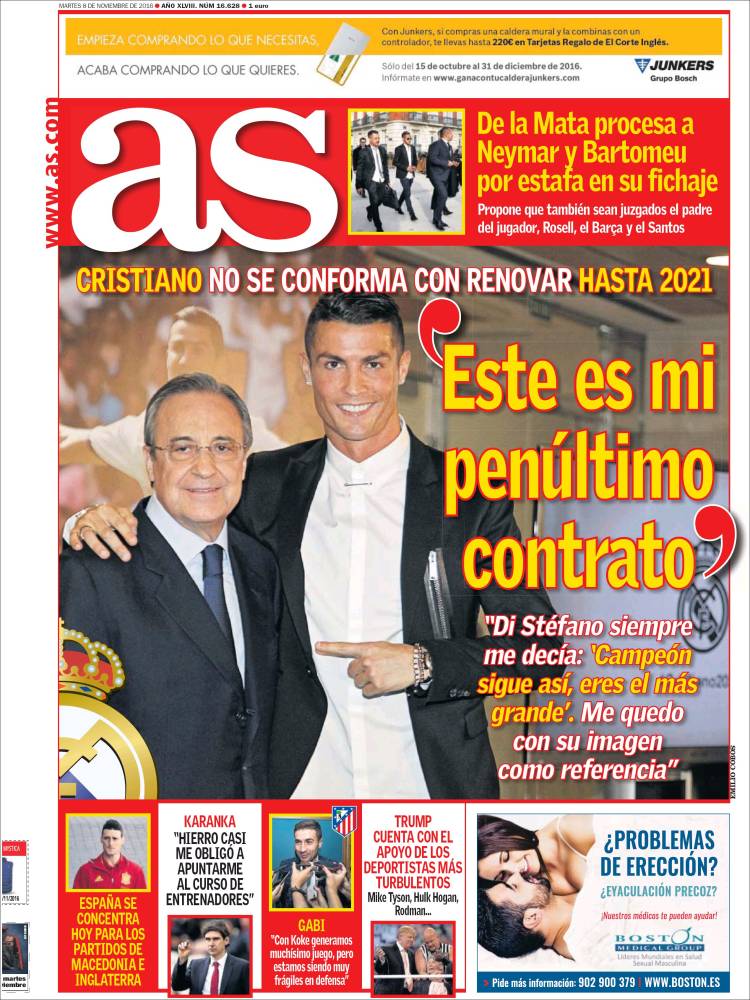 'This is my penultimate contract'

Ronaldo confirms he wants to continue playing after 2021

'Di Stefano always told me - Continue like this champion, you're the greatest' - which keeps me going'

Karanka - 'Hierro almost forced me to take the coaching course'

Gabi: 'With Koke we generate a lot of play, but we are being very fragile defensively' 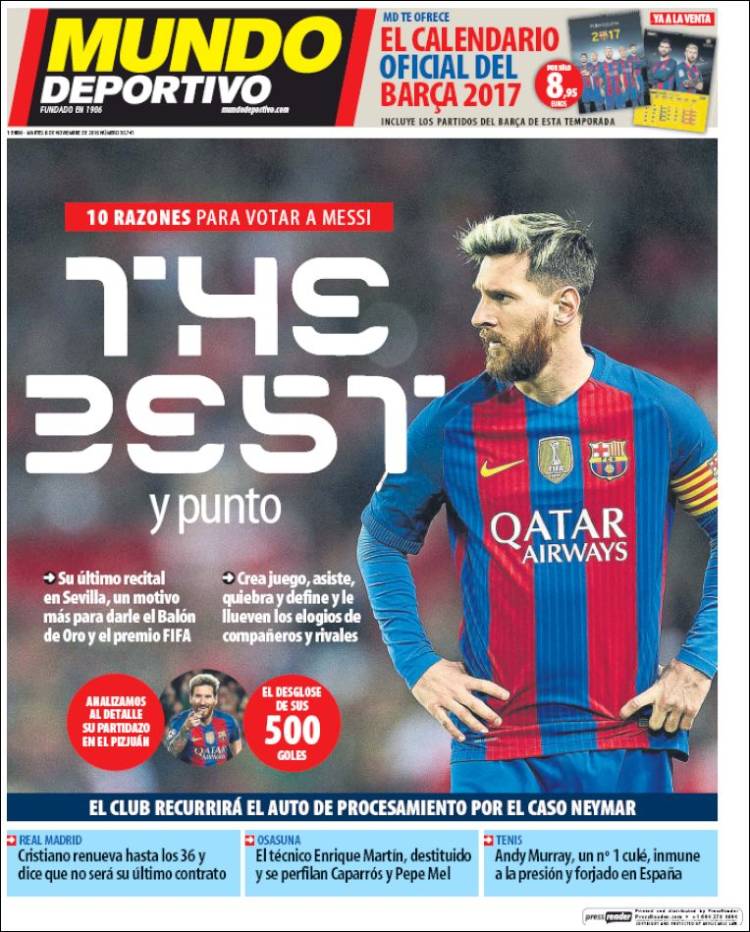 10 reasons to vote for Messi