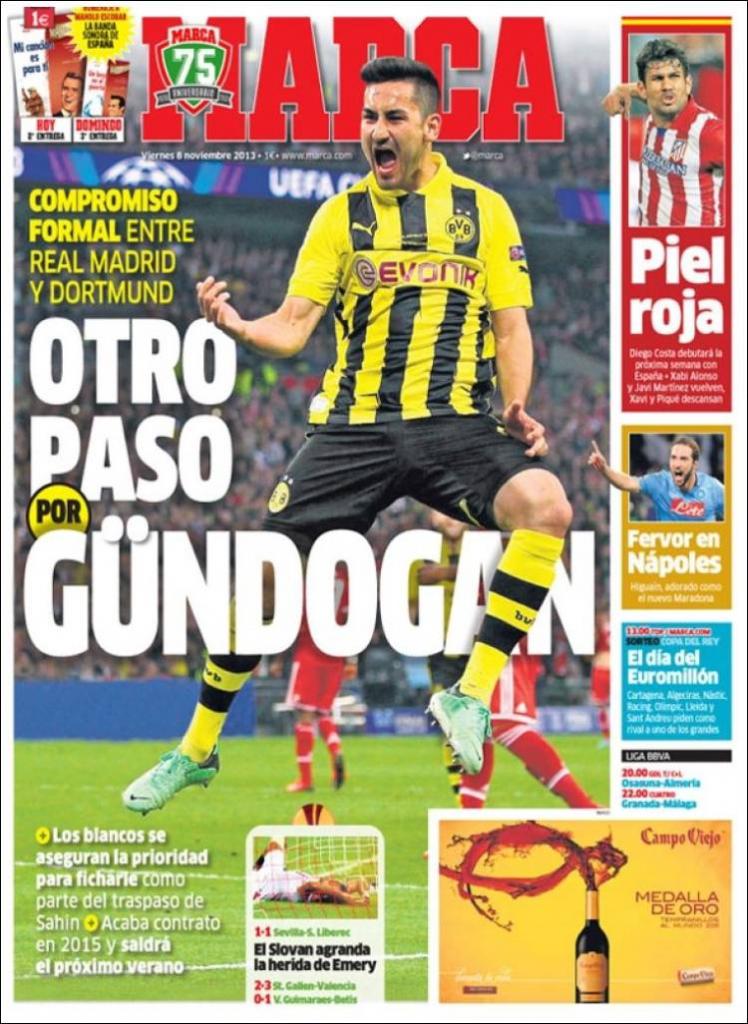 Another attempt for Gundogan

A formal understanding exists between Real Madrid and Dortmund

Red skin: Diego Costa will debut next week for Spain

Fervour in Napoli: Higuain loved like the new Maradona

Copa del Rey, the deal of the Euromillion: Cartagena, Algeciras, Racing, Olimpic, Lleida and Sant Andrew to ask the questions of the big boys 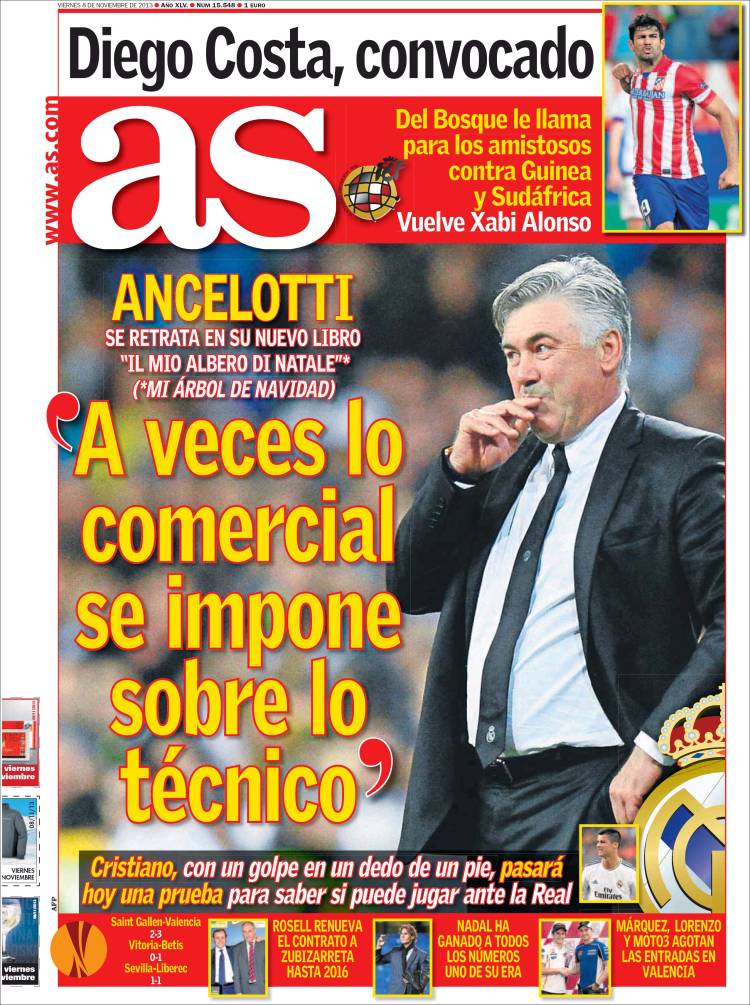 Ancelotti goes back to his book, 'My christmas tree"

Nadal has beaten every number one of his era 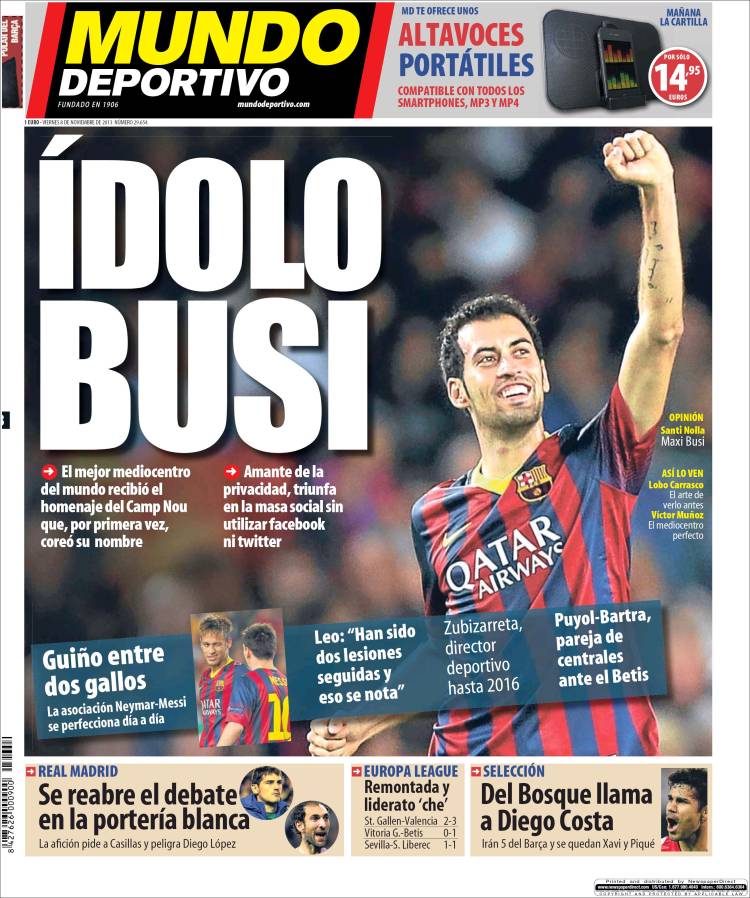 The best centre-midfielder of the world receives praise at Camp Nou that, for the first time, sang his name

A wink amongst the two stars: The partnership of Messi and Neymar is getting perfect day by day

Leo: "They have been two lessons in a row and that is noted"

Puyol and Bartra the defensive pair for Betis

The fans asking for Casillas and warn about Diego Lopez