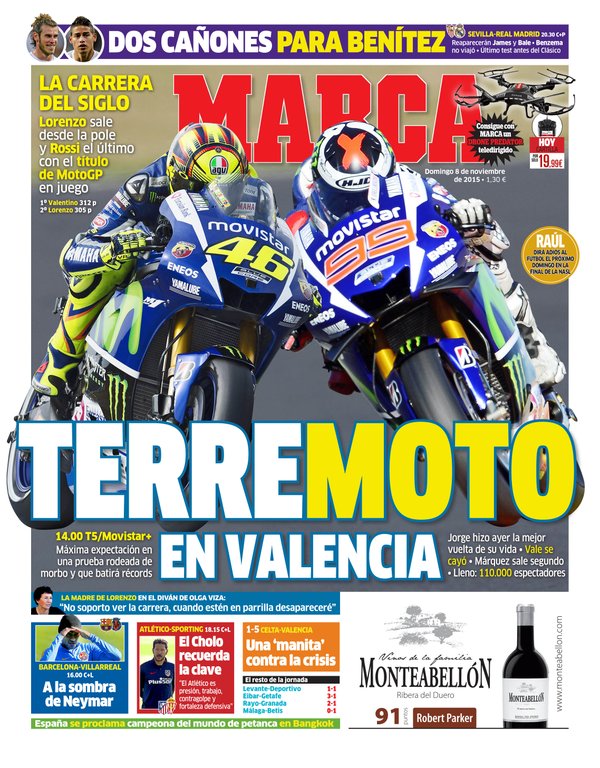 Jorge Lorenzo recorded the best lap of his life yesterday

Benzema did not travel

Last test before the Clasico

“Atletico are all about pressure, hard work, counterattacks and defensive strength”

Five goals against the crisis 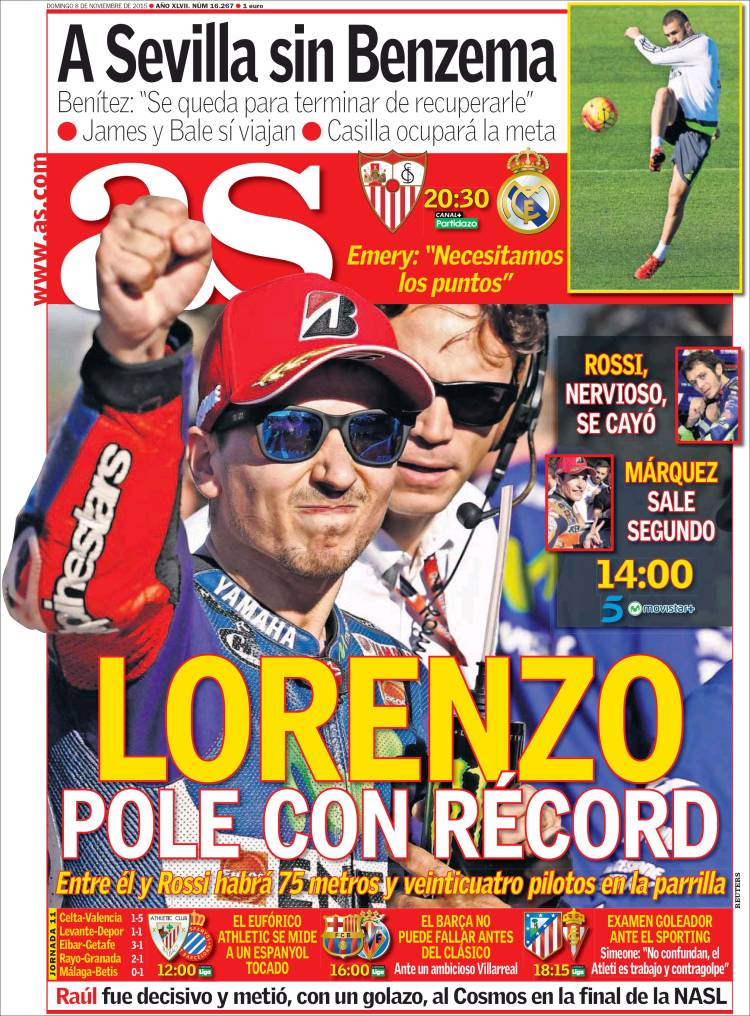 Between him and Valentino Rossi, there will be 75 metres and 24 drivers on the grid

To Sevilla without Benzema

Benitez: “He is staying behind to finish his recovery”

A euphoric Athletic measure up against a struggling Espanyol

Barca cannot fail before the Clasico

They face an ambitious Villarreal

Simeone: “Make no mistake, Atleti are all about hard work and counters” 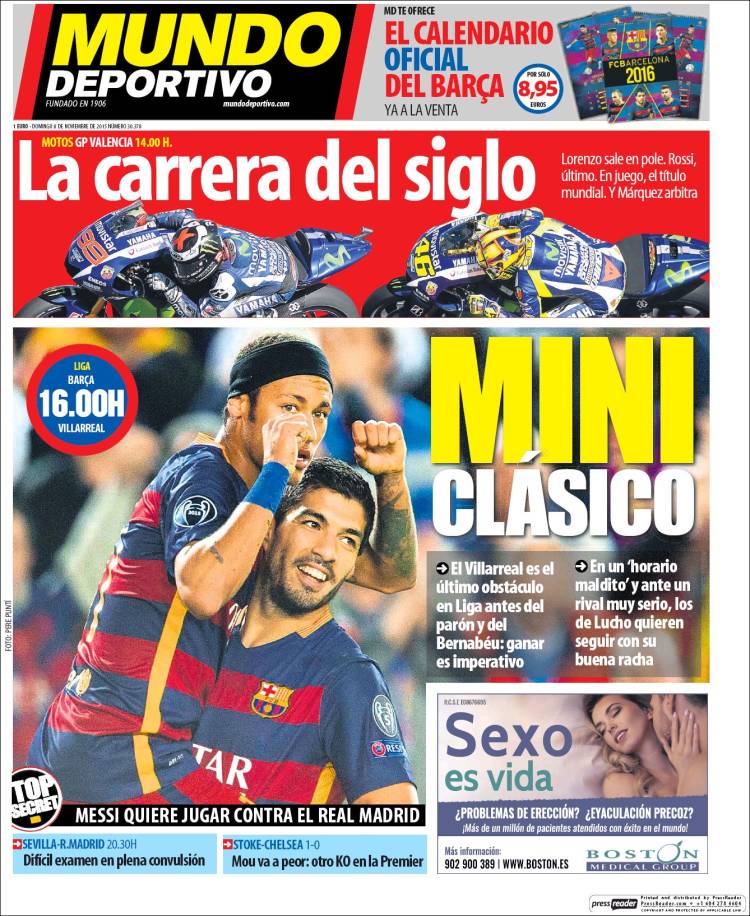 Villarreal is the final obstacle in the League before the international break and Bernabeu: winning is imperative

Against a very serious rival, Lucho’s men want to continue their hot streak

A difficult test in full swing

It gets worse for Mou: another Premier League KO