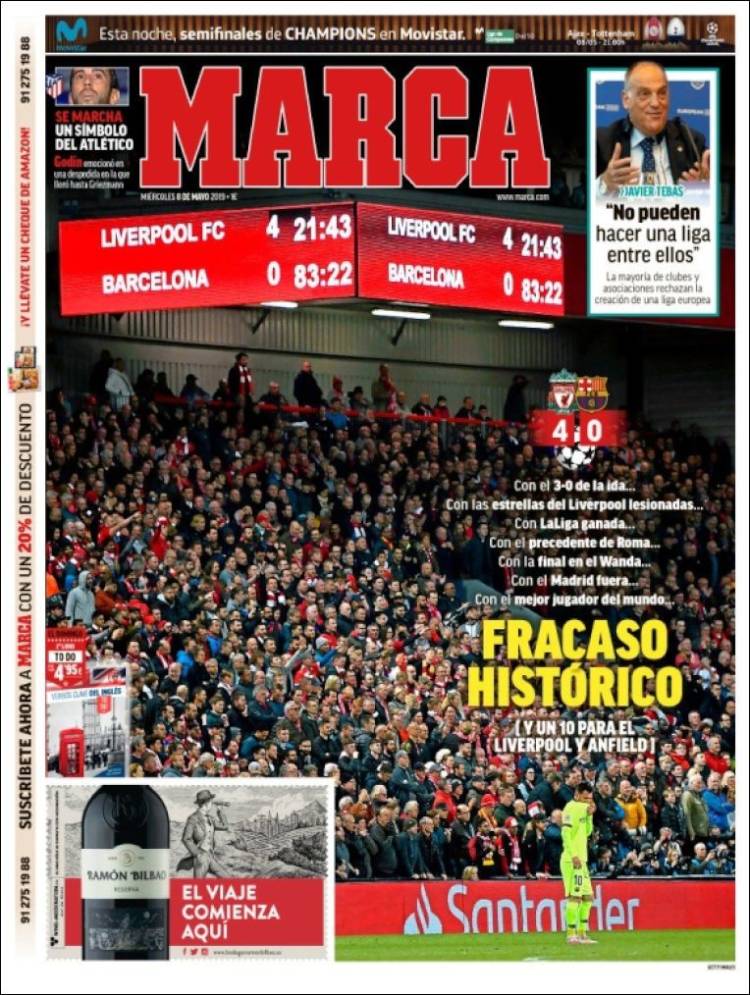 3-0 up from first leg against injury-hit team, with La Liga won, with the precedent of Roma, with Madrid out, with the best player in the world

Javier Tebas: They are not able to make a league between them 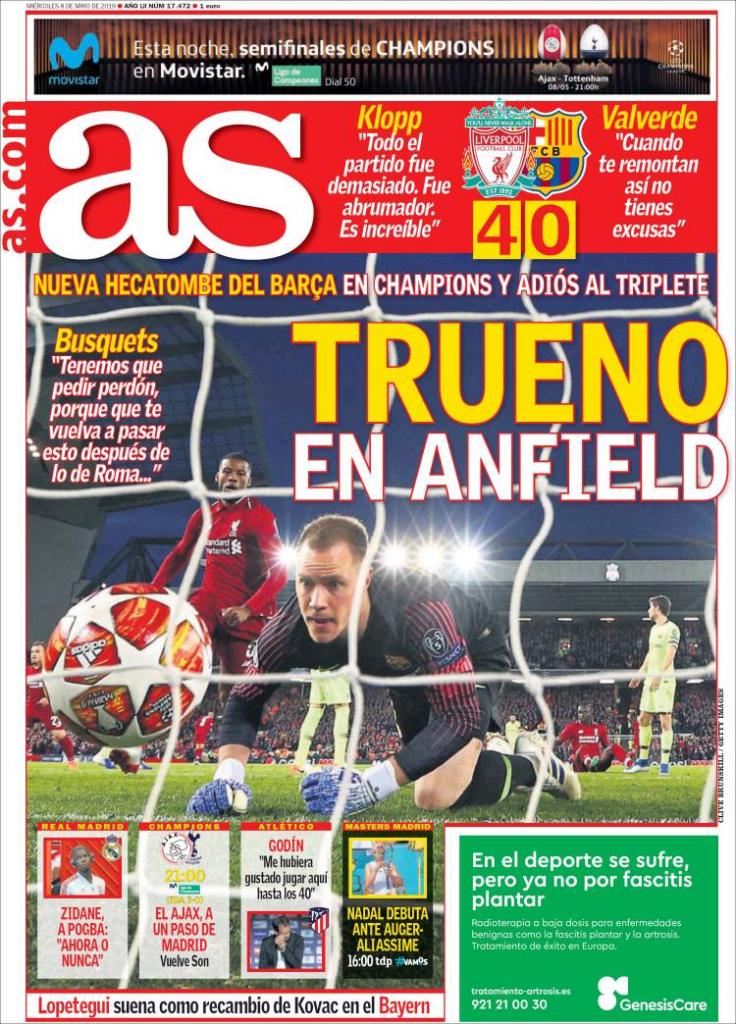 New butchery of Barcelona in the Champions League, no treble

Valverde: When they come back like this there are no excuses

Zidane to Pogba: Now or never

Ajax, a step from Madrid

Godin: I would have liked to play here until I was 40

Lopetegui to replace Kovac at Bayern 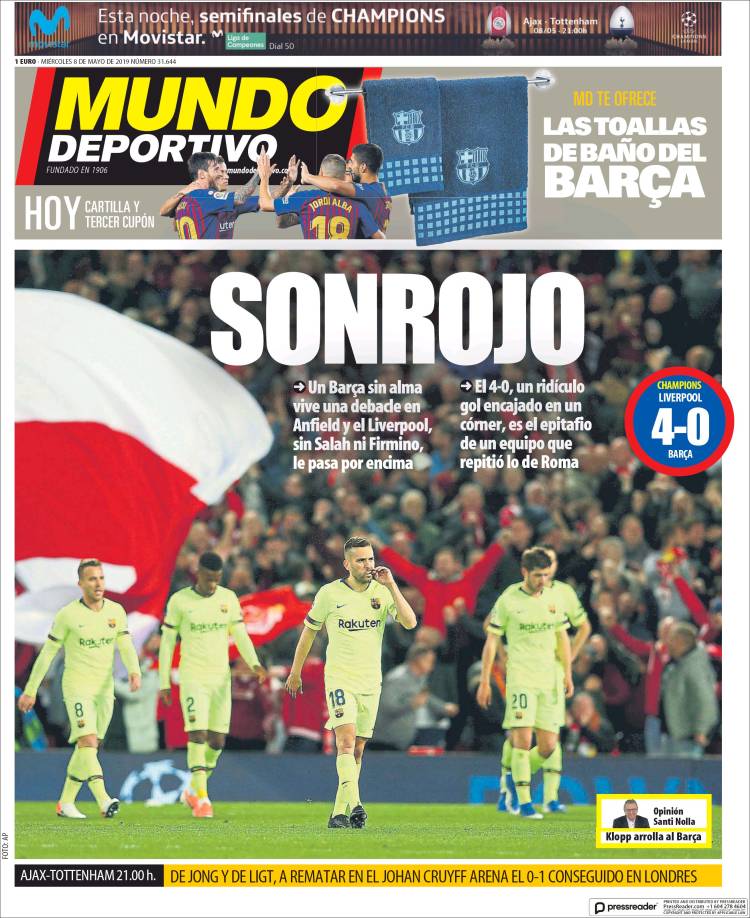 A soulless Barcelona debacle at Anfield against a team without Salah and Firmino, 4-0, a ridiculous goal from a corner, the epitaph to last year's Roma match