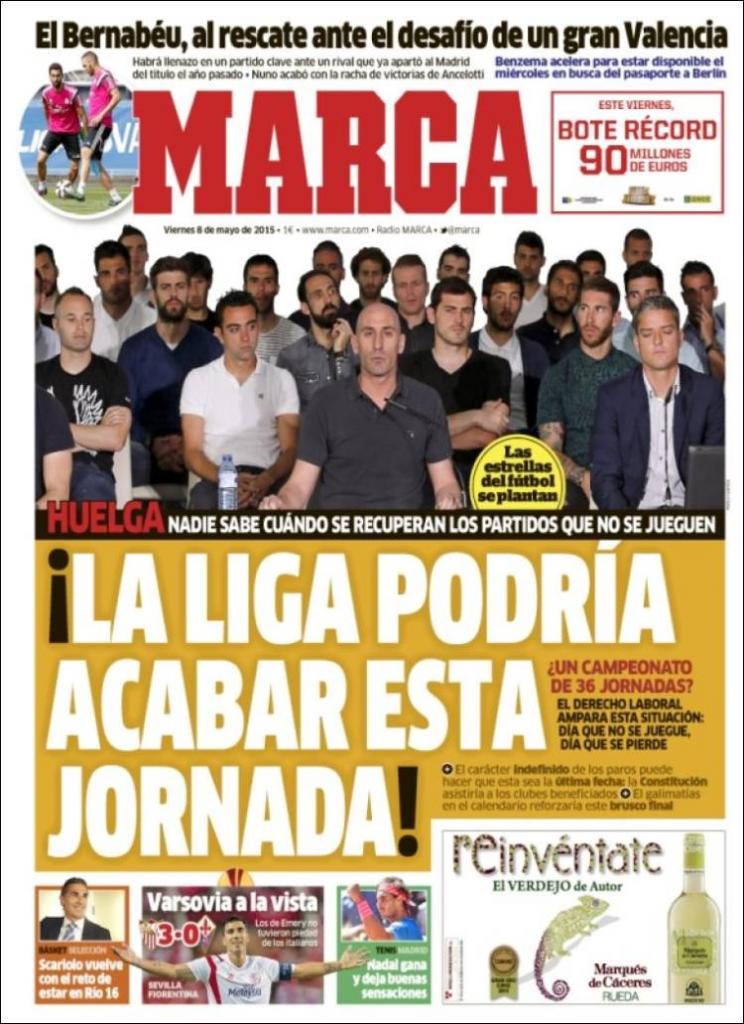 La Liga could be over in this round of fixtures

Strike: nobody knows when the lost games will be played again

The stars of football pose

A competition of 36 rounds?

The labour right will defend this situation: the day they don’t play is the day it loses

The constitution would assist the benefitted clubs

The nonsense in the fixture list will reinforce this abrupt end

The Bernabeu, to the rescue ahead of the challenge from a great Valencia

Benzema speeds up in his bid to be available on Wednesday, in search of the passport to Berlin

Warsaw in sight. Emery’s men show no mercy to the Italians 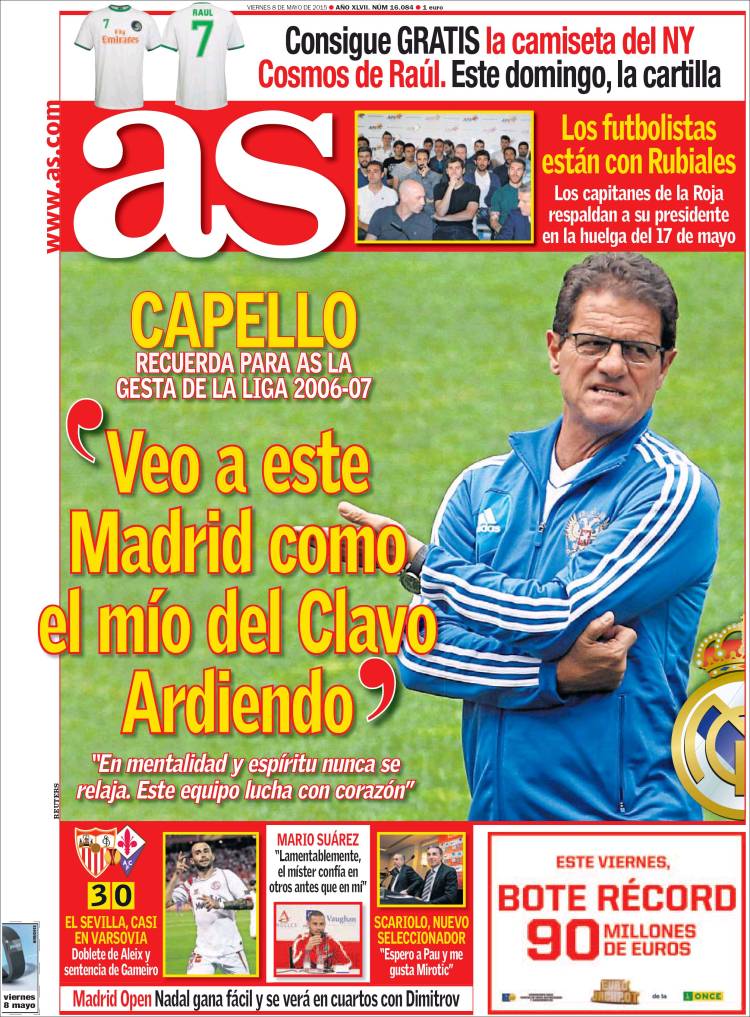 Capello remembers for AS the feat in the 2006-07 season

“I see this Madrid like mine that was grasping at straws”

“In mentality and spirit they never relax. This team fights with the heart”

The footballers are with Rubiales. La Roja captains back their President for the May 17 strike

Sevilla almost in Warsaw. A double from Aleix and Gameiro seals it

Mario Suarez: “Sadly the boss trusts in others before me” 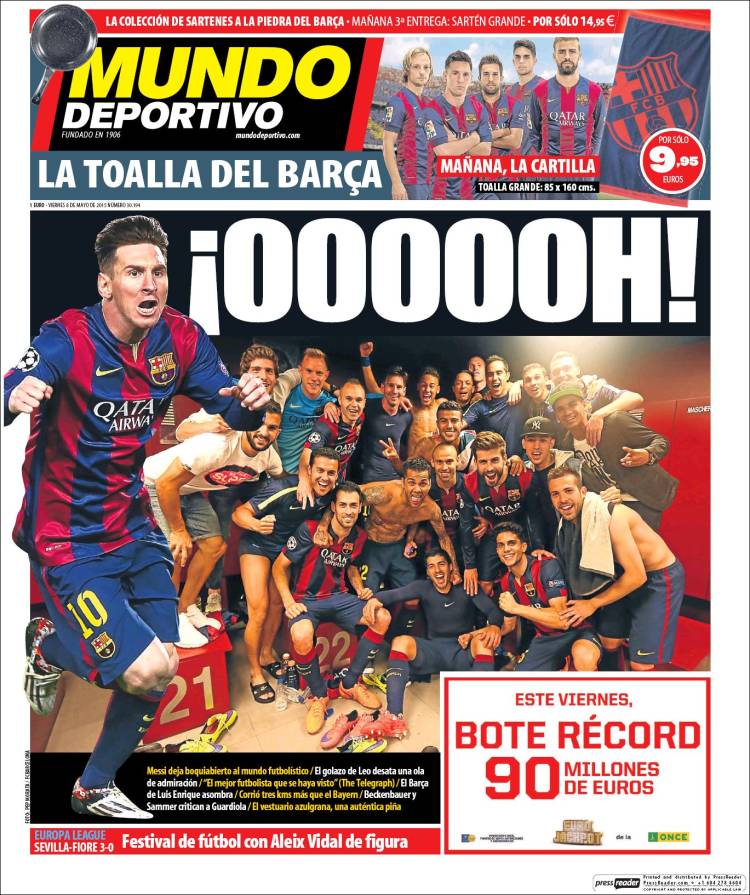 “The best footballer we’ve ever seen” (The Telegraph)

Festival of football with Aleix Vidal the central figure