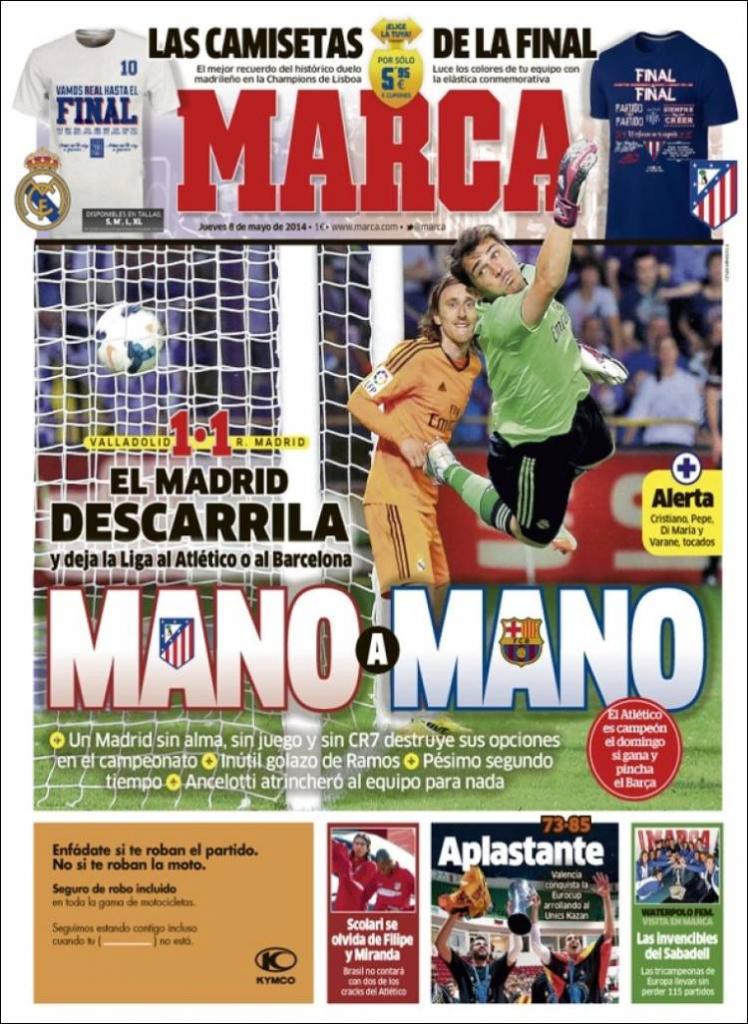 Madrid stumble and leave La Liga to Atletico and Barcelona

Madrid without fight, football nor CR7 destroys its chances of winning the championship

A great but valueless goal from Sergio Ramos

A terrible second half

Ancelotti tried to protect his team but for nothing

Brazil not counting on neither of Atleti's stars 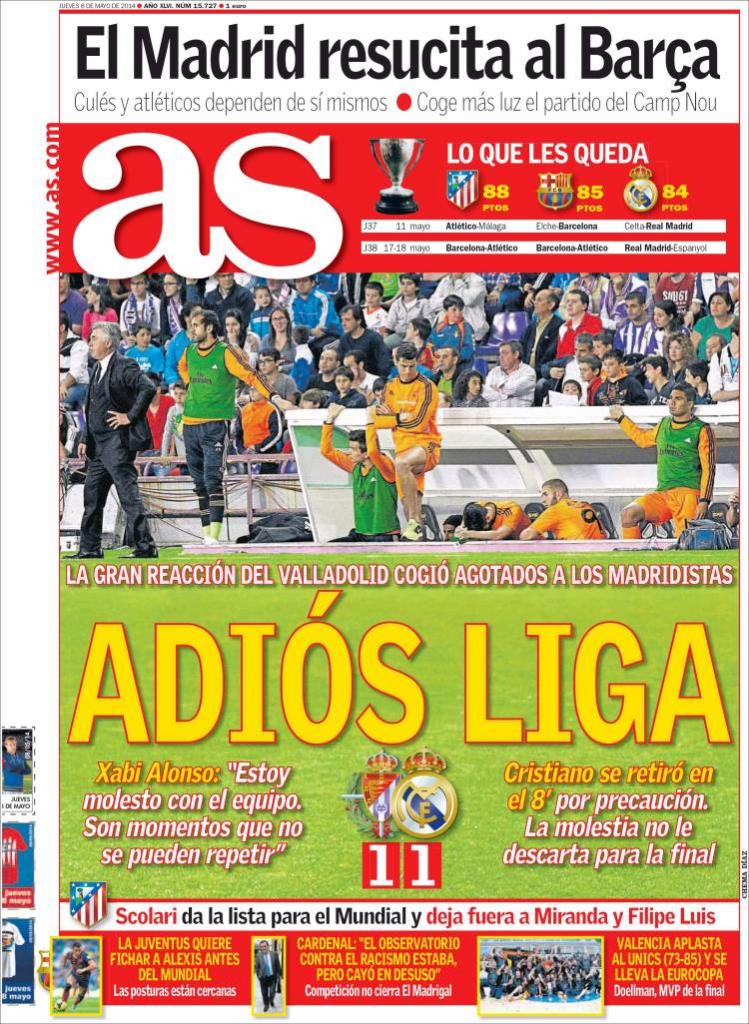 Madrid give life back to Barca

Xabi Alonso: "I am annoyed with the team. These are moments that are missed and that cannot be repeated"

Cristiano taken off after eight minutes as a precaution

He has not been ruled out of the final

Juventus want to sign Alexis before the World Cup

Rumours are that a deal is close 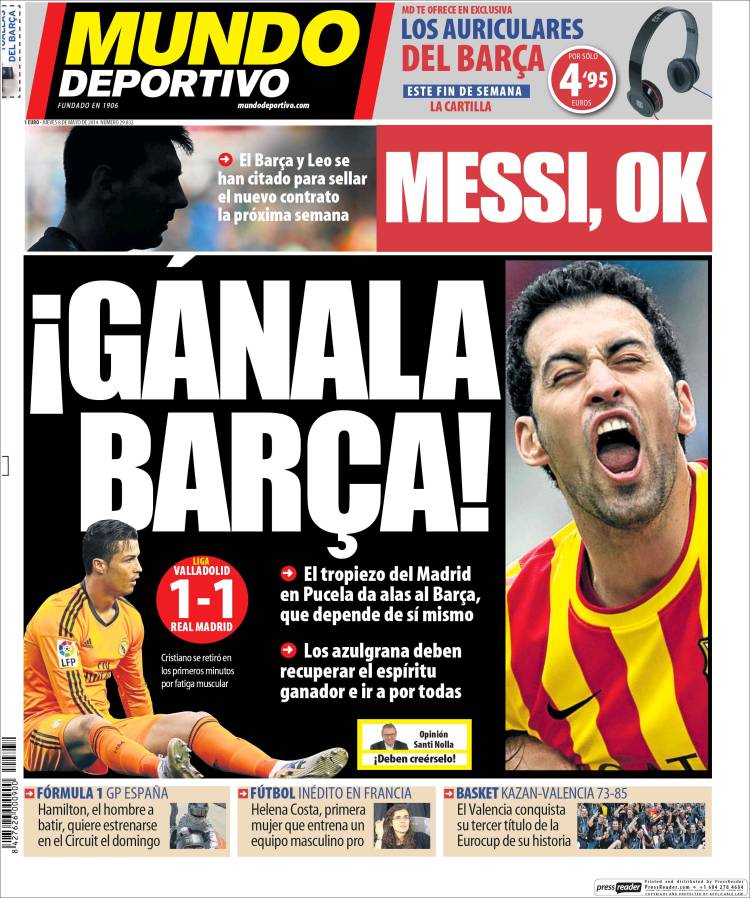 Los Azulgranas have to recover their winning spirit to win it

Formula 1: Hamilton, the man to beat, wants to debut on the circuit this Sunday