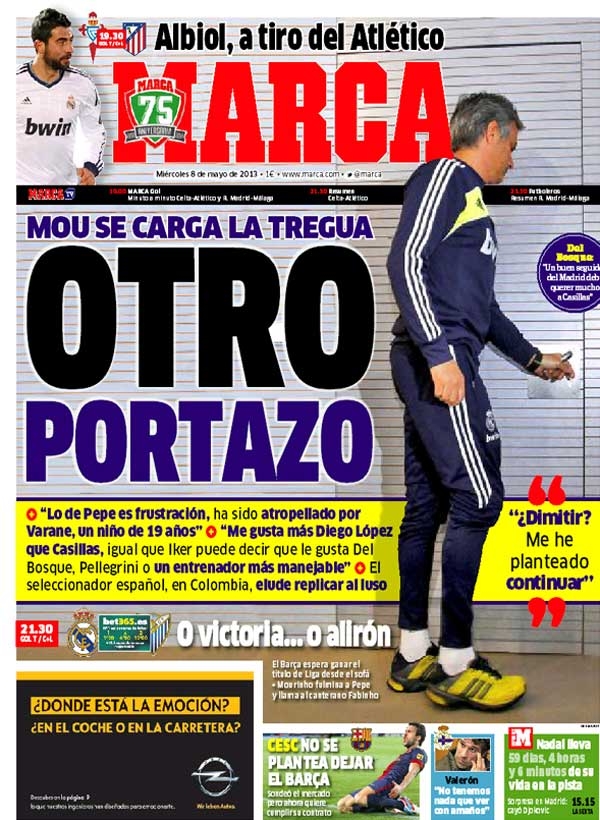 Mou breaks the truce with another jab

"Pep´s frustration has been a result of losing his place to Varane, a 19-year-old"

"I like Diego Lopez more than Iker Casillas and this is just the same as Iker saying that he likes Bosque, Pellegrini or another more manageable coach"

"To resign" No I plan to continue"

Del Bosque: "A follower of Real Madrid must want Casillas"

Albiol off to Atletico

Barca hope to win La Liga from the couch

Cescc does not plan to leave Barca

Valeron: "We have nothing to do with such things"

Nadal has spent 59 days, 4 hours and 6 minutes on the court

Suprise in Madrid, Djokovic falls in the first round 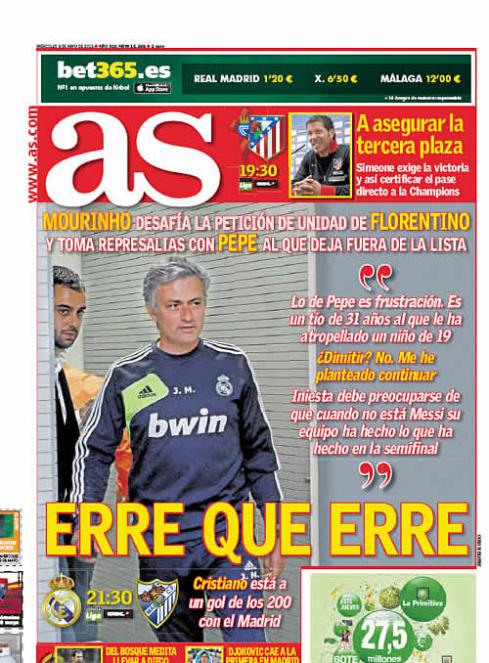 "Pep´s frustration is Varane. He is 31-years-old and he has been superseded by a 19-year-old"

"Will I resign? No, I plan to continue"

"Iniesta should worry about when his team do not have Messi because when they dont have him, well, we have seen what happened in the semifinal"

Cristiano is one goal away from his 200th goal for Madrid

Del Bosque considers picking Diego Lopez, if Valdes does not recover in time

Djokoviv falls in the first round of Madrid 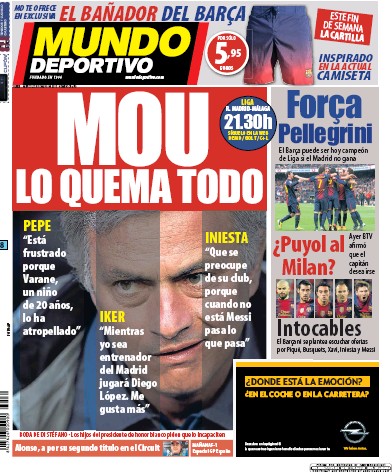 "Pepe is frustrated because Varane, a 20-year-old, has superseded him.

"While I am manager, I will play Diego Lopez, I like him more"

Barca can become the champions today if Madrid do not win

Untouchables: Barca do not plan to listen to offers for Pique, Busquets, Xavi and Messi

Alonso, going for his second title on the circuit