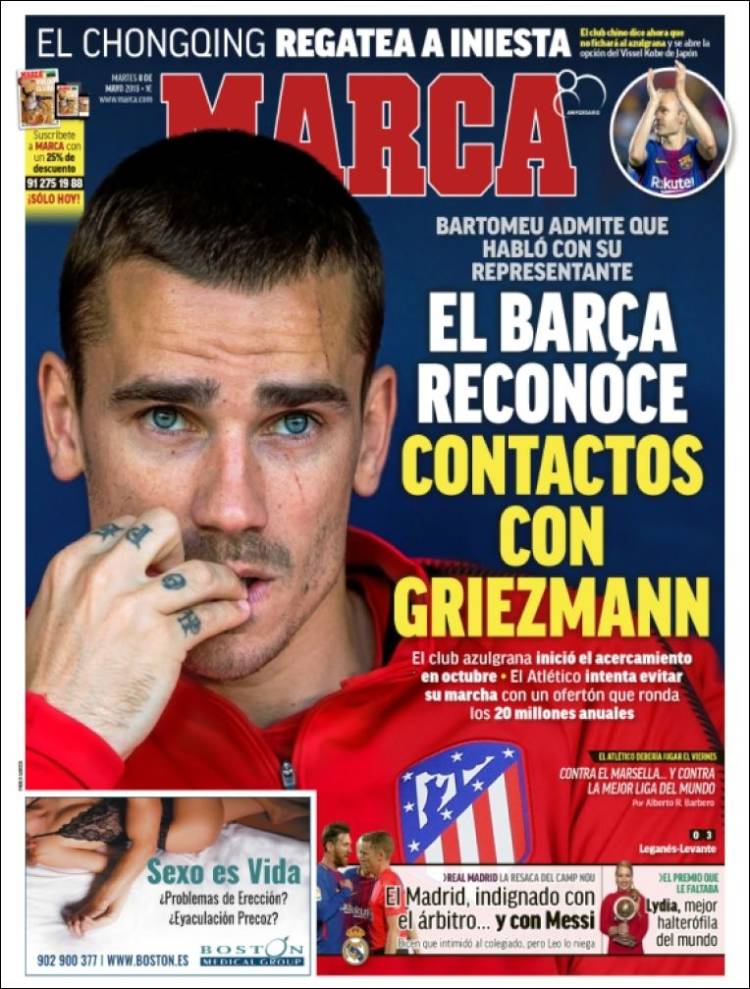 Bartomeu admits he spoke to his agent

The Azulgrana club first approached him in October

Madrid, furious with the referee... and Messi 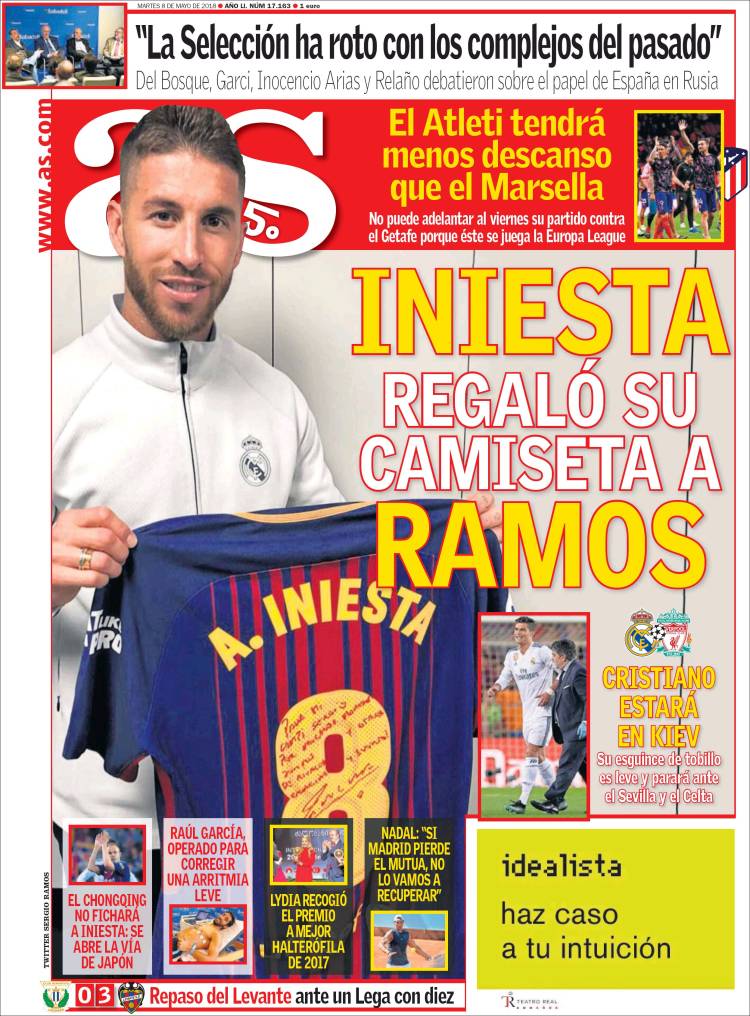 "The national team have broken from the complexes of the past"

Atleti will have less rest than Marseille

Cristiano will be in Kiev

Chongqing will not sign Iniesta: it opens the door to Japan

A refresher for Levante against 10-man Lega 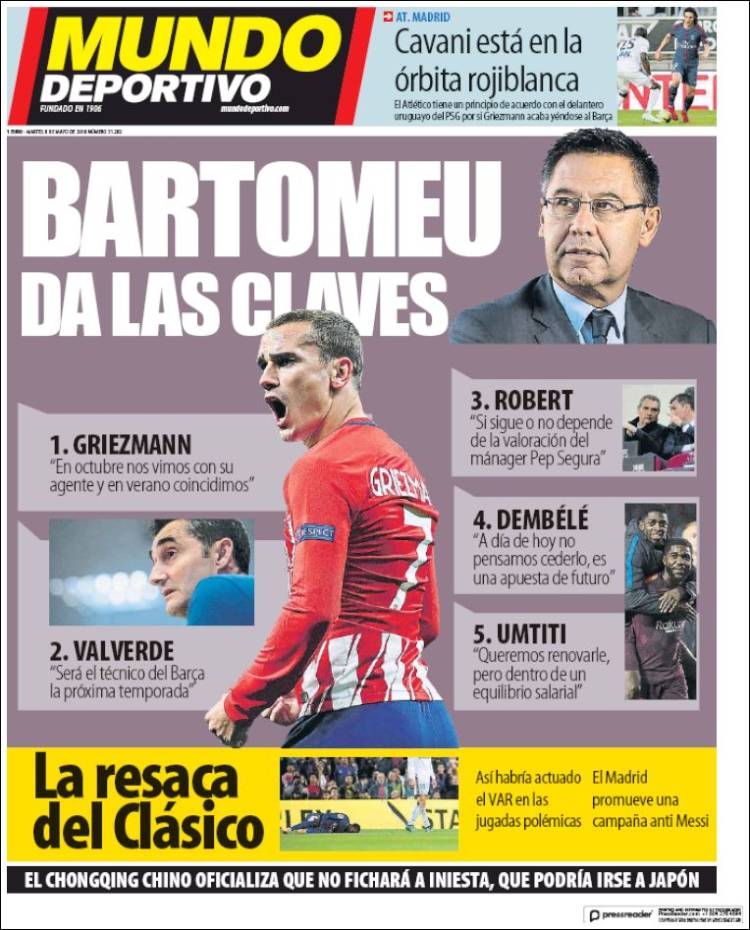 Cavani is in Rojiblancos' orbit

"In October, we saw his agent and bumped into him last summer"

"He'll be Barca's Coach next season"

"Him staying or not depends on Pep Segura"

"We're not thinking about letting him go, he's our bet for the future"

"We want to extend his contract, but only within our wage structure"

This is how VAR would have acted in any controversial incidents

Madrid promote a campaign against Messi

Chongqing confirm they will not sign Iniesta, who could go to Japan