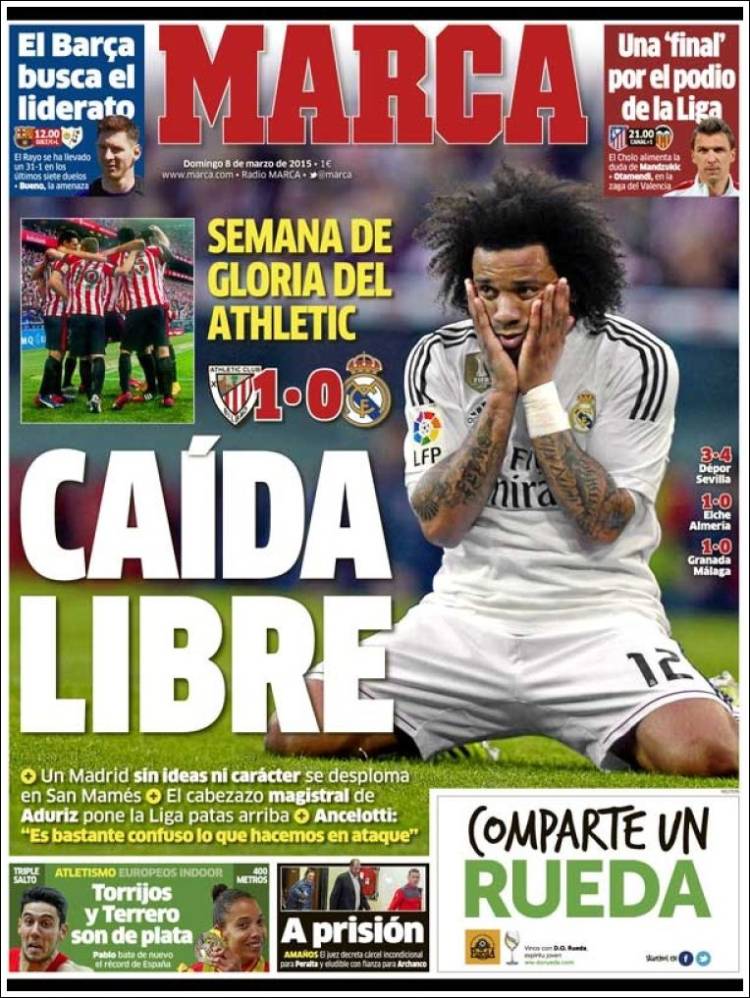 A Madrid without ideas or character collapse at San Mames

A majestic header from Aduriz turns La Liga upside down

Ancelotti: “It’s quite confusing what we are doing in attack”

A week of glory for Athletic

A ‘final’ for the League podium

Otamendi, in the Valencia defence

Barca in search of the leadership

Rayo’s record is 31-1 in the last seven clashes

Match fixing: to prison - the judge decides on unconditional jail for Peralta and bail for Archanco 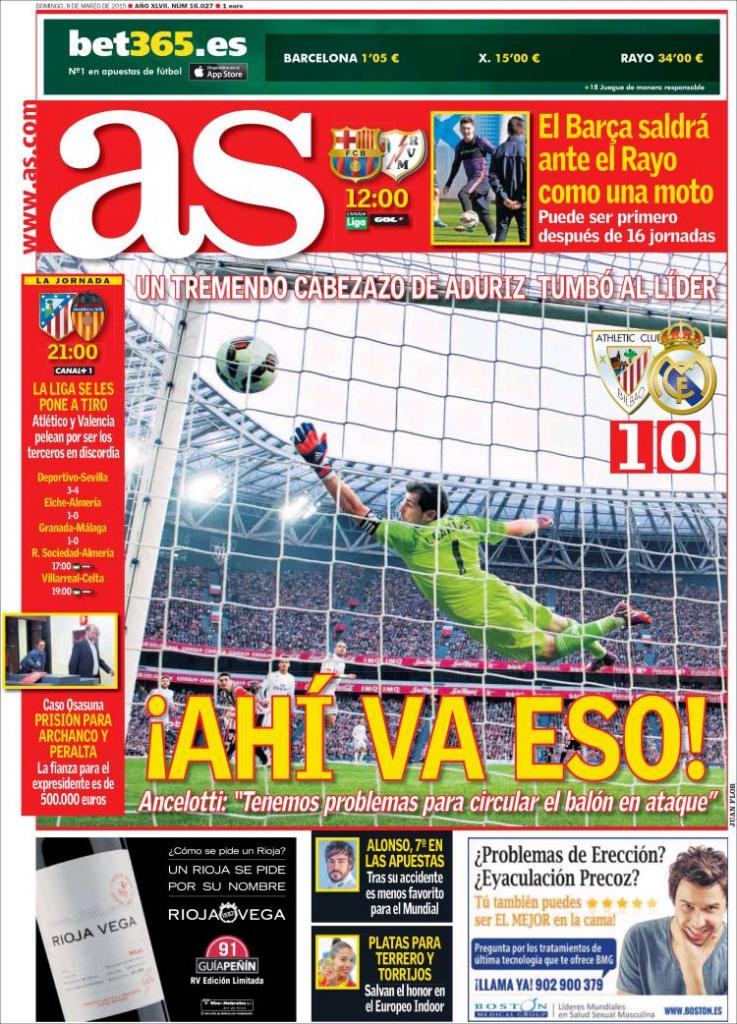 A tremendous header from Aduriz brings down the leaders

Ancelotti: “We have problems moving the ball in attack”

Barca will go out like a motorbike against Rayo: they can be top for the first time in 16 games

La Liga ready for a shootout: Atletico and Valencia fight to be outright third 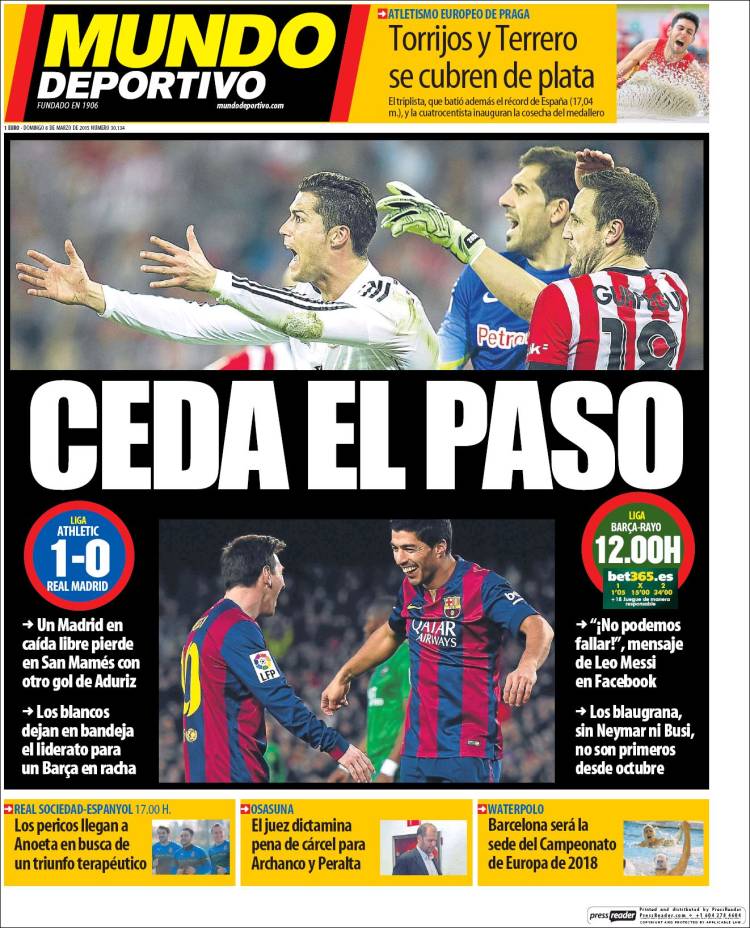 “We can’t fail!” Message from Leo Messi on Facebook

The Blaugrana, without Neymar and Busi, have not been top since October

Los Pericos arrive at Anoeta in search of a therapeutic victory

Osasuna: the judge rules on jail for Peralta and Archanco