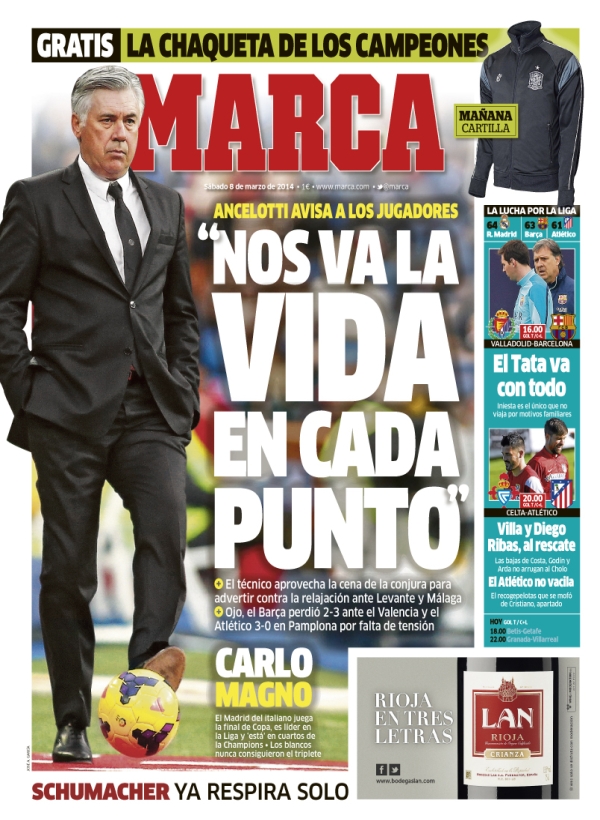 "Life comes to us point by point," Ancelotti
The coach takes advantage of the dinner with this players by warning them against complacency against Levante
He pointed them to Valencia's win over Barcelona and Osasuna's win over Atletico
Carlo the great: The Italian's Madrid are playing in the final of the Copa, are leaders in the League and are practically already in the quarter finals in the Champions League
Los Blancos have never won a triple
Schumacher breathes
Tata against the world
Iniesta is the only that does not travel due to personal reasons
Villa and Diego to the rescue
The absences of Diego Costa, Godin and Arda do not worry Simeone 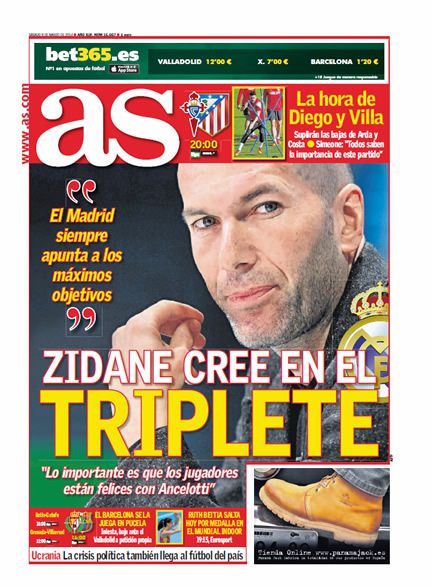 Zidane believes in the treble
"What is most important is that the players are happy with Ancelotti"
"Madrid always have the maximum objectives"
The hour of Diego and Villa arrives
They will replace Arda and Costa
Simeone: "Everyone knows the importance of this game"
Barcelona without Iniesta
Ukraine: The political crisis now affecting its' football 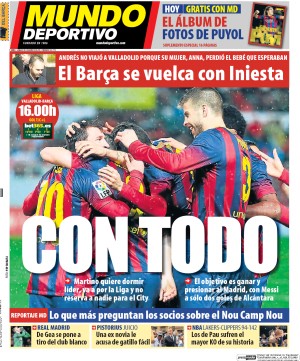 With everyone
Martino wants to regain the lead in La Liga and is not saving anything for City
The objective is to win and pressure Madrid, with Messi only two goals behind Alcantara
An out-pour of support for Iniesta whose wife suffered a miscarriage
De Gea linked to Madrid