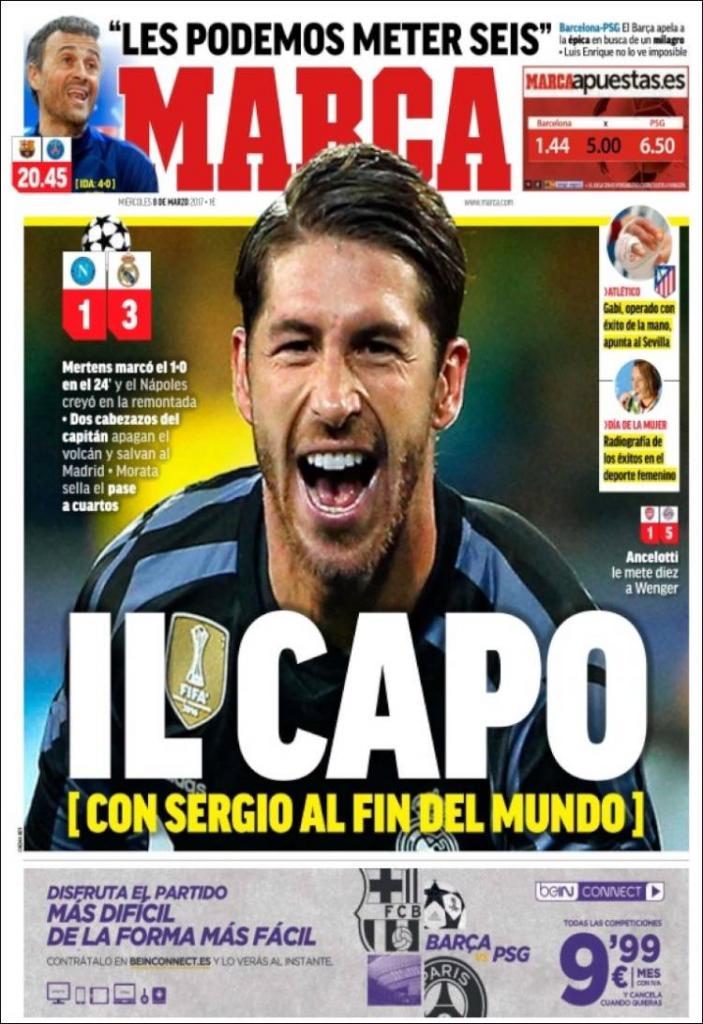 The Boss (with Sergio to the world's end)

Gabi has operation on hand, should be fit for Sevilla game 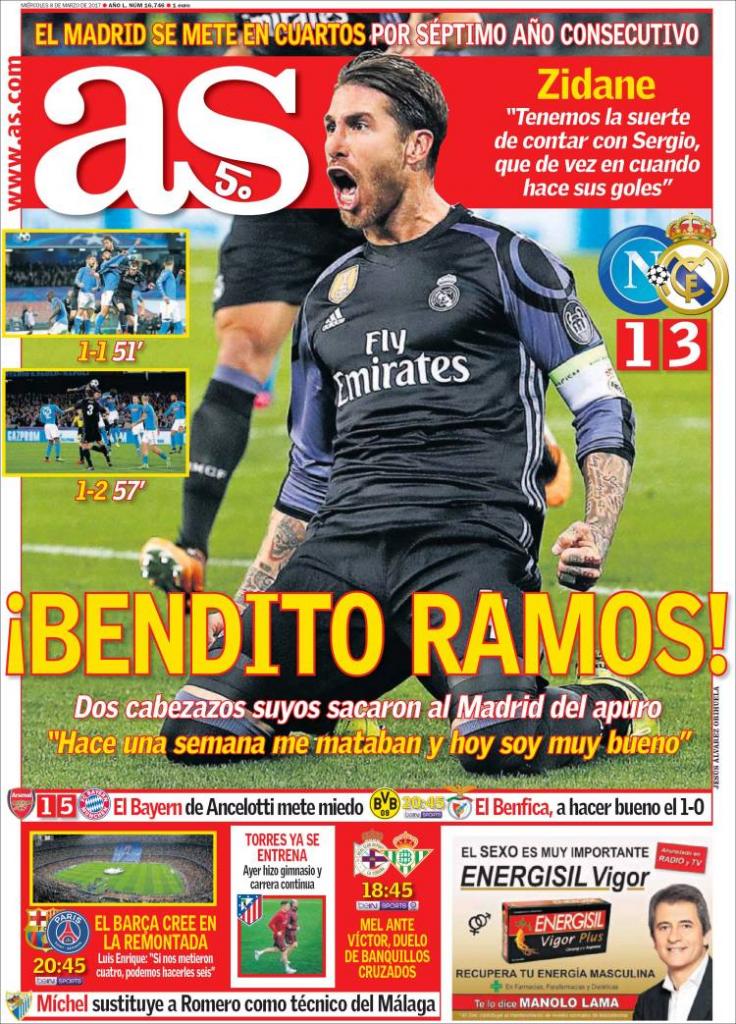 Zidane: We have the fortune to count on Sergio Ramos, who often produces vital goals

Benfica, to hold onto a good 1-0 lead

Barca believe in a comeback - Luis Enrique: If they can get four goals, we'll be able to score six

Mel against Victor, duel between two benches crossed over 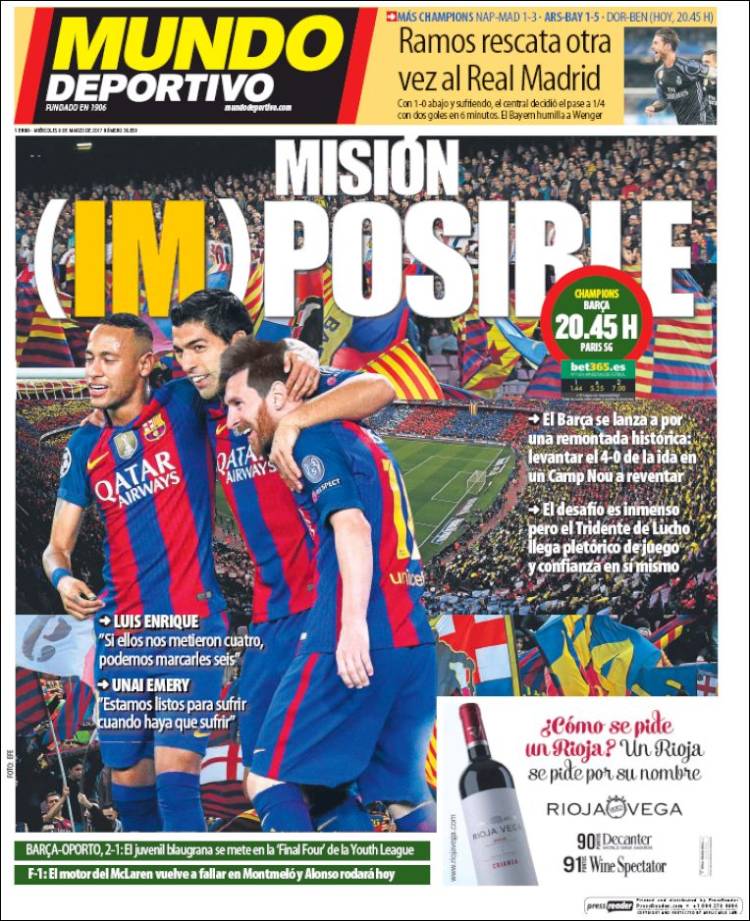 Luis Enrique: If they can score four, we can score six, Unai Emery: We are ready to suffer when you have to suffer

Ramos rescues Madrid again - 1-0 down and suffering, the defender's two headers in six minutes to put them through; Ancelotti humilitates Wenger