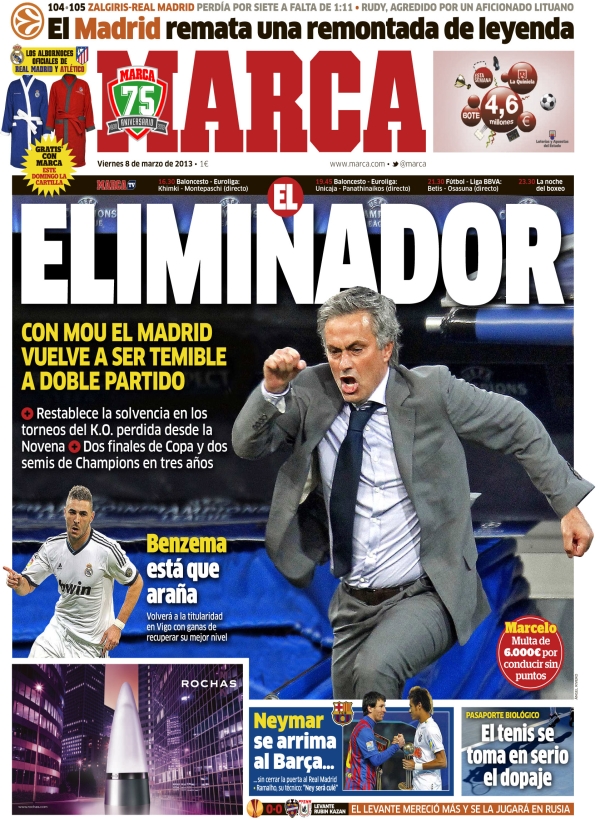 With Mou Madrid return to be fearsome in two-legged games

Restores Madrid's competitiveness the knockout tournaments lost since the 90's

Benzema is a spider

Marcelo fined €6000 for driving without points

...but does not close the door on Real Madrid

Ramalho, his coach: "Ney will be a Cule"

Levante 0-0 Rubin Kazan: Levante worthy of more and will play for it in Russia

Zalgiris 104-105 Real Madrid: Madrid pull off a legendary come back 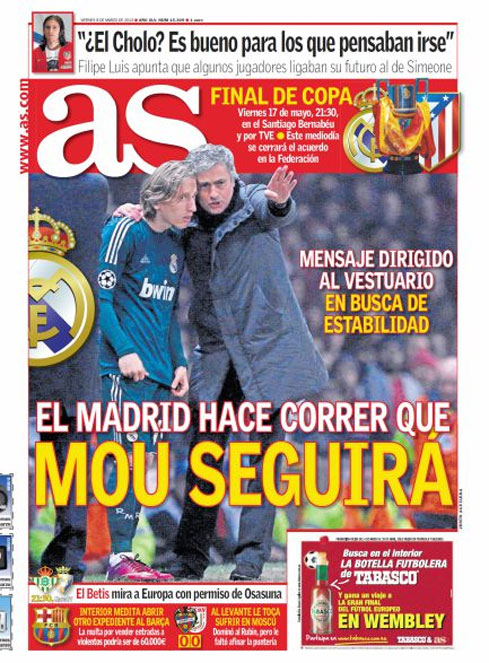 With Madrid going finally back on track, Mou to continue

Message from the team is that they want stability

Today the agreement will be finalised with the federation

'El Cholo? Its great for the players who thought of leaving", Filipe Luis says what some of the players thinks of Simeone's extension with the club

Betis look to Europe but Osasuna are an obstacle

A new measure at Barca

They dominate but cannot find the net 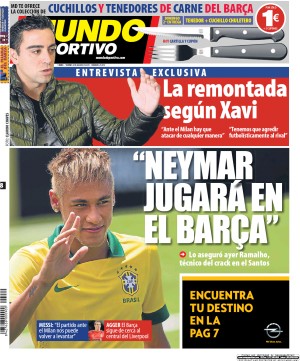 Xavi, the comeback is on his mind

"Against Milan we have to attack in any way possible"

"We have to assault our rival"

Ramalho assures yesterday, Neymar's coach: "We will play with Barca"

Messi: "The game against Milan we have to return to our best"