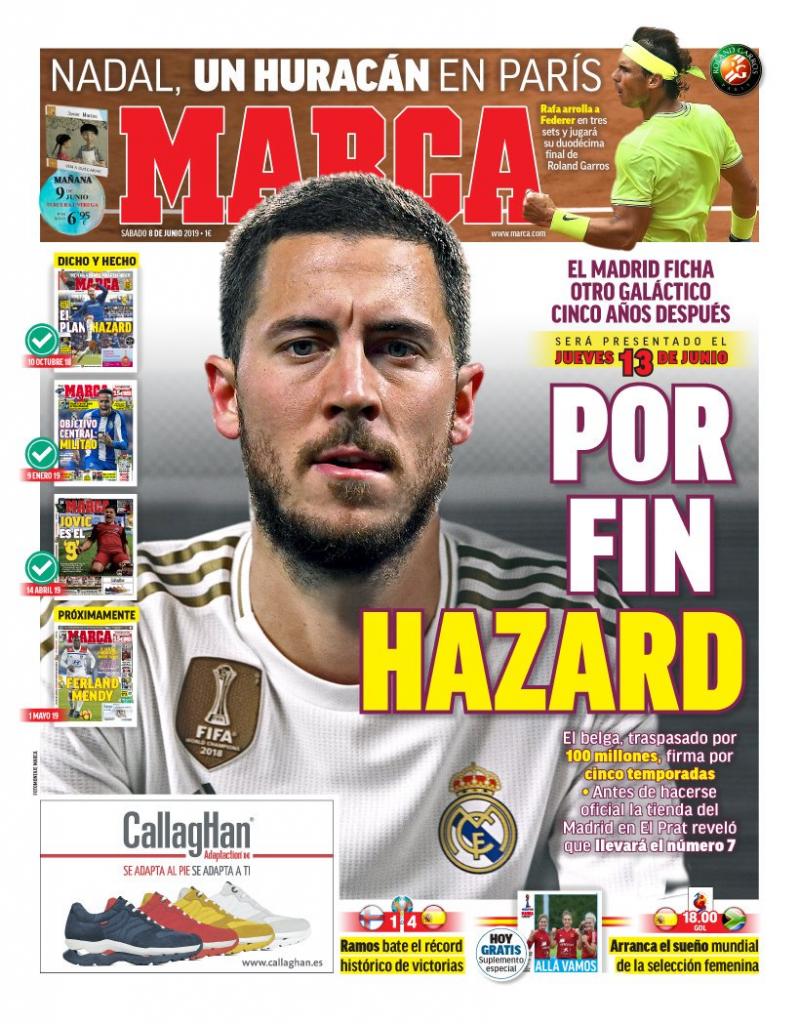 SPAIN: Sergio Ramos breaks the record for international wins, as Spain beat the Faroe Islands 4-1, whilst the women's national team prepare to get the World Cup campaign underway against South Africa. 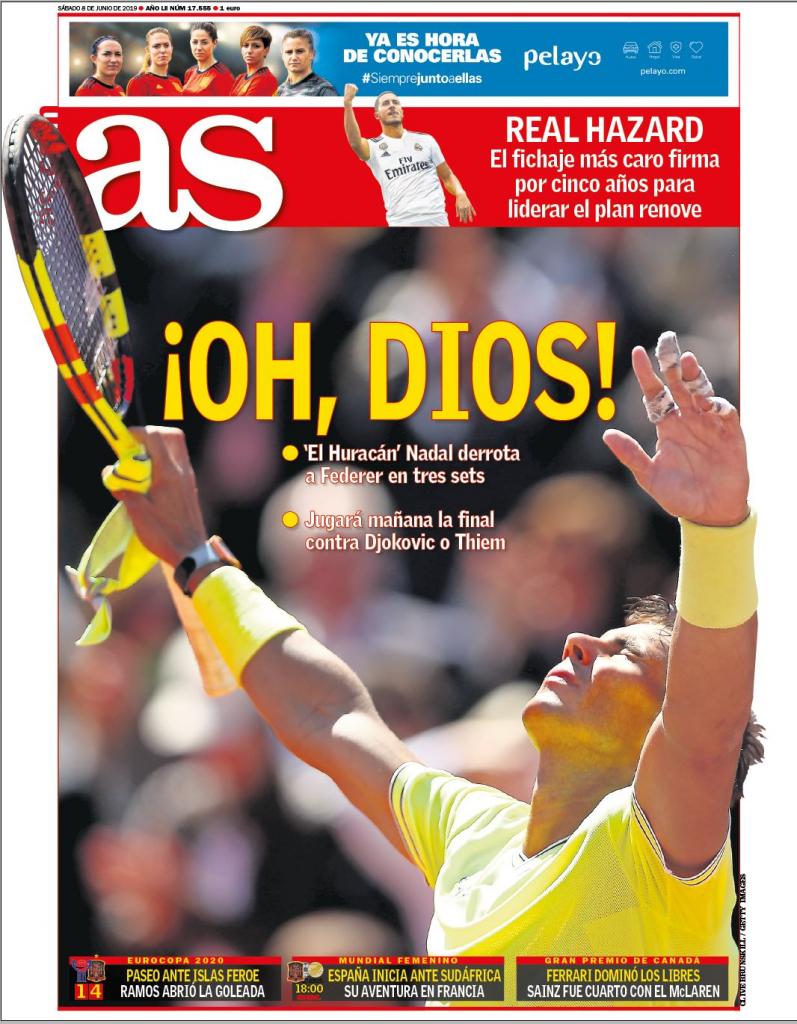 SPAIN: An early goal from skipper Sergio Ramos set La Roja on their way to a 4-1 win over minnows the Faroe Islands, with three wins in a row for Luis Enrique's side. 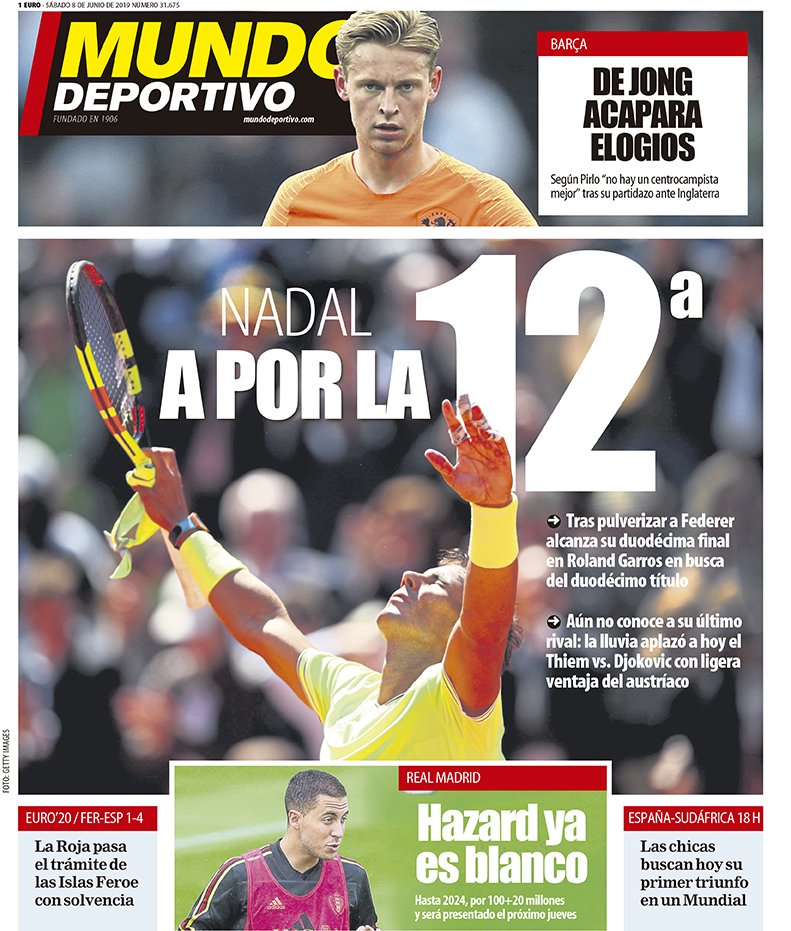 REAL MADRID: Eden Hazard completes his move to Real Madrid, signing a five year deal, for a €100m fee (plus €20m+ in add ons) from Chelsea.

FC BARCELONA: New signing Frenkie De Jong is praised by former Italian international Andrea Pirlo as the best midfielder in the world, after his match winning performance against England.

SPAIN: La Roja eases past the Faroe Islands with a 4-1 away win, ahead their midweek game at home to Sweden.