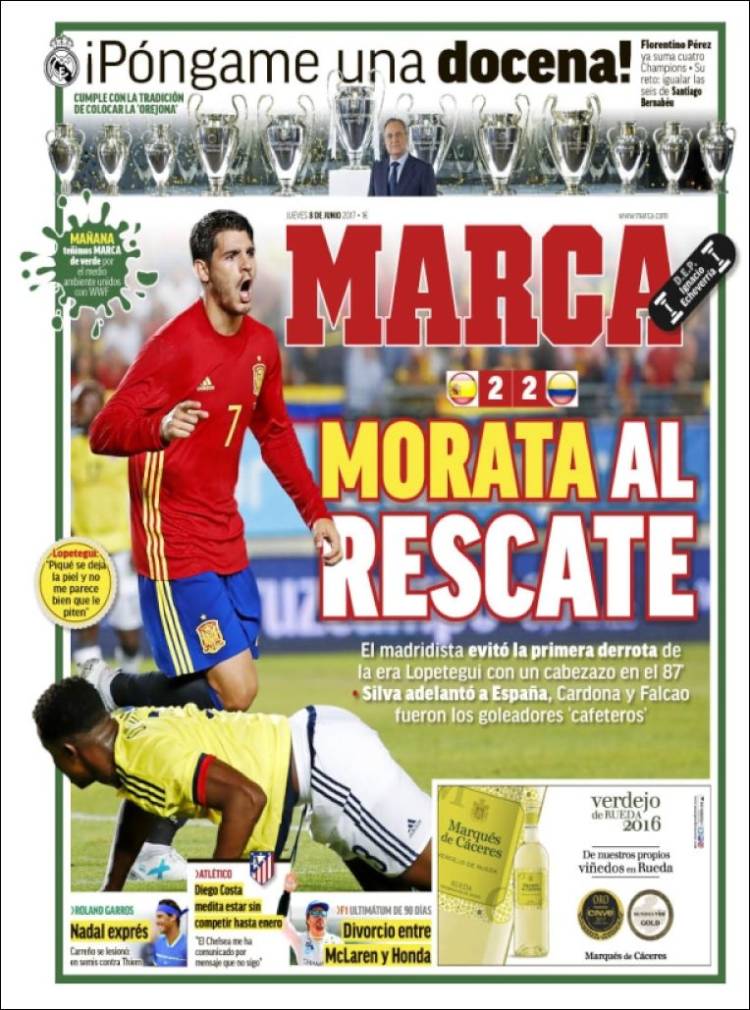 Morata to the rescue

Diego Costa to move to Atleti in January 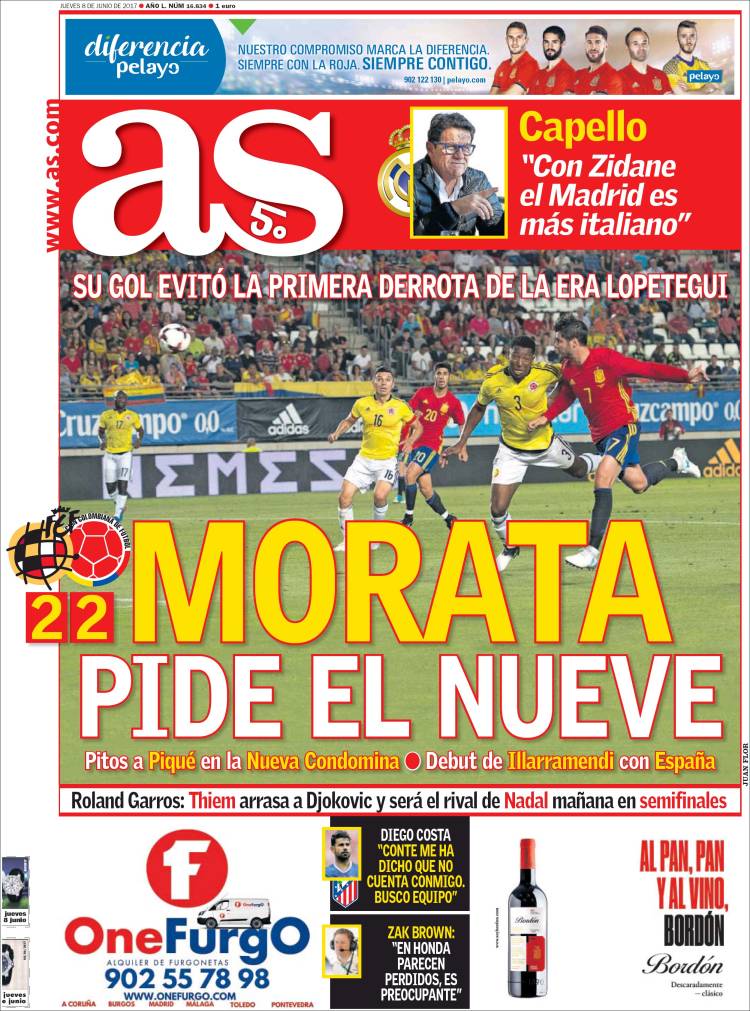 Whistles at Pique in Murcia, debut for Illarramendi with Spain

Diego Costa: Conte has messaged me to say I am not in his plans, I must find a new team 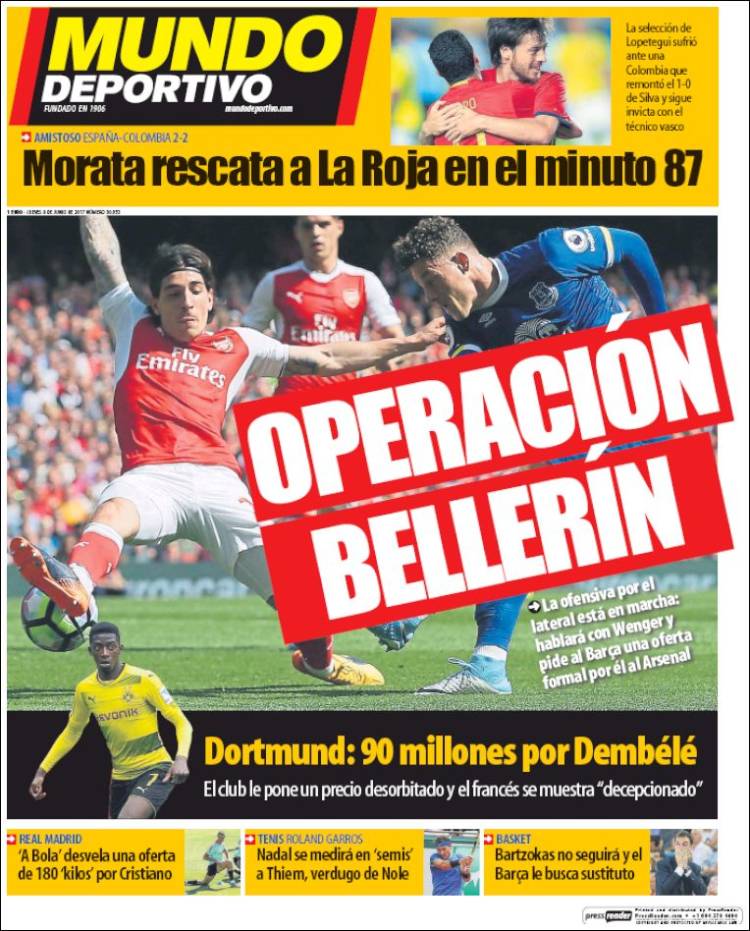 A Bola speak of 180m Euro offer for Cristiano