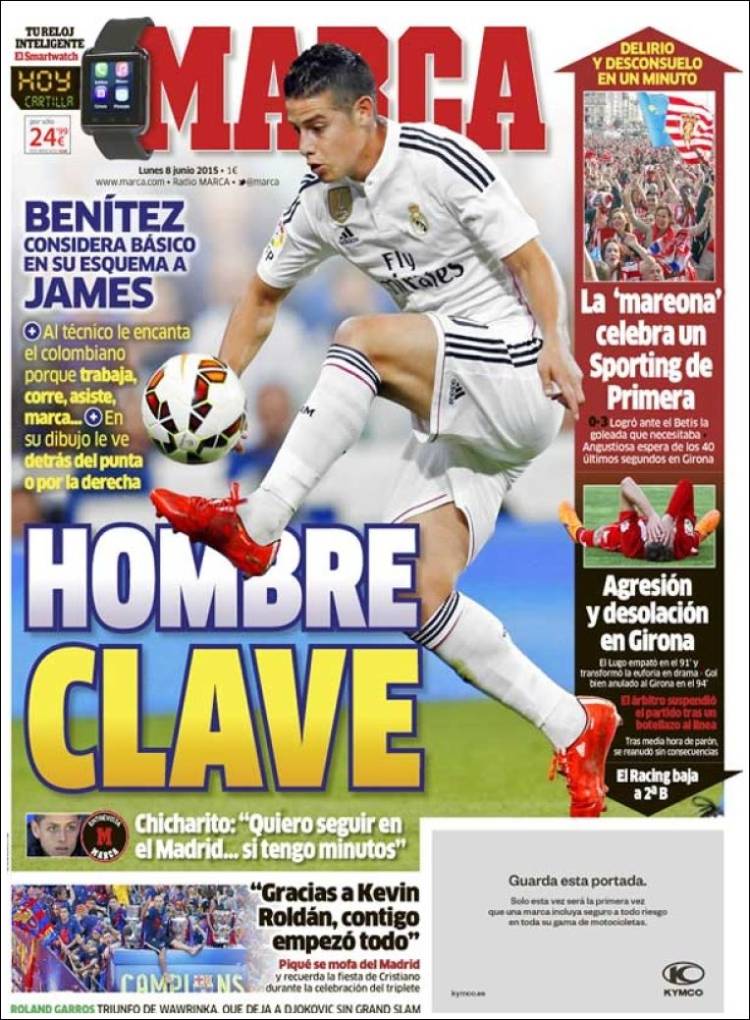 Benitez considers James vital to his cause

The Coach loves the Colombian because he works hard, runs, assists and scores.

On paper, he’ll play either in the hole or on the right

Chicharito: I want to stay at Madrid ... if I get minutes

“Thanks to Kevin Roldan, it all started with you”

They achieved the necessary win against Betis

Agonising wait for the last 40 seconds in Girona

Aggression and desolation in Girona

Drew with Lugo in 89th minute as euphoria turned to drama

The referee suspended the match after a bottle hit a linesman

After a few minutes of stoppages, the game resumed without any problems. 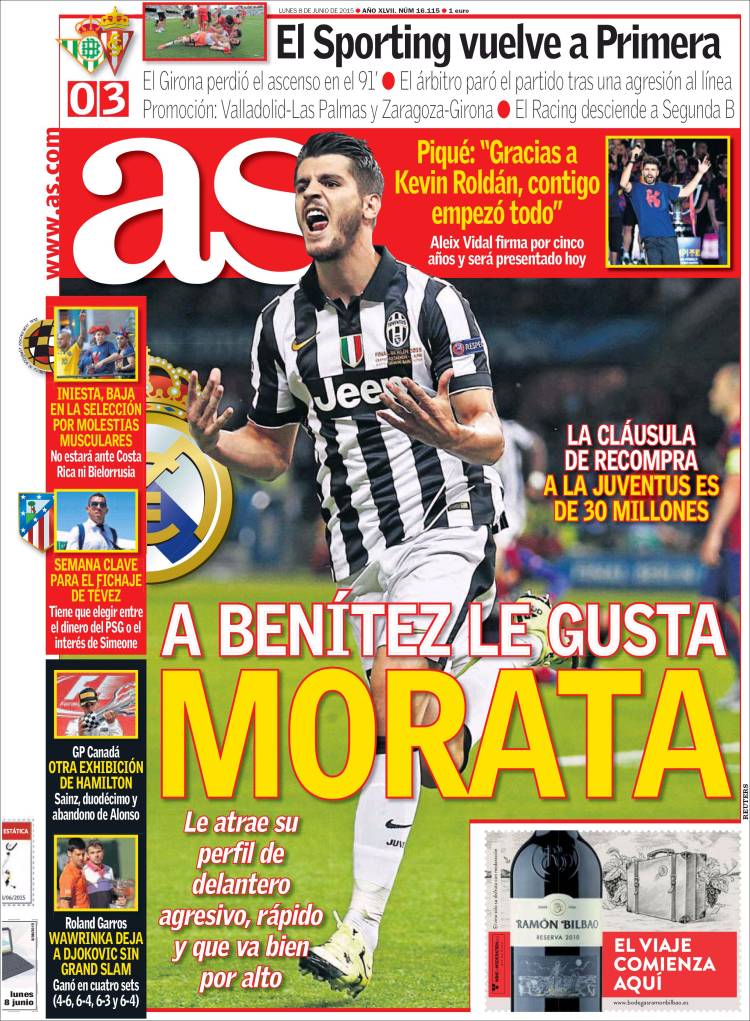 He likes his profile for a striker – aggressive, quick and a good height

His repurchase clause is €30m

Pique: Thanks Kevin Roldan, it all started with you

Sporting back in La Liga

Girona missed out on promotion in the 89th minute

The referee stopped the match after an assault on the linesman

Racing Santander drop to Segunda B

Iniesta, out of Spain squad because of muscle strain

He won’t play against Costa Rica or Belarus

He must choose between PSG’s money or Simeone’s interest 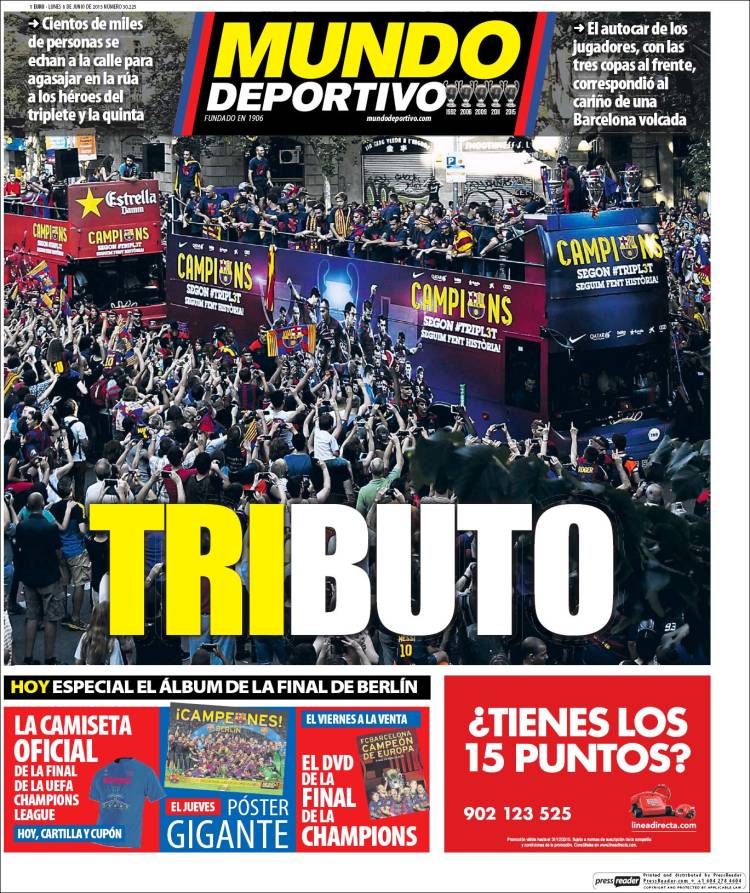 The coach, with the three trophies at the front, responded to the affection of a Barcelona volcano