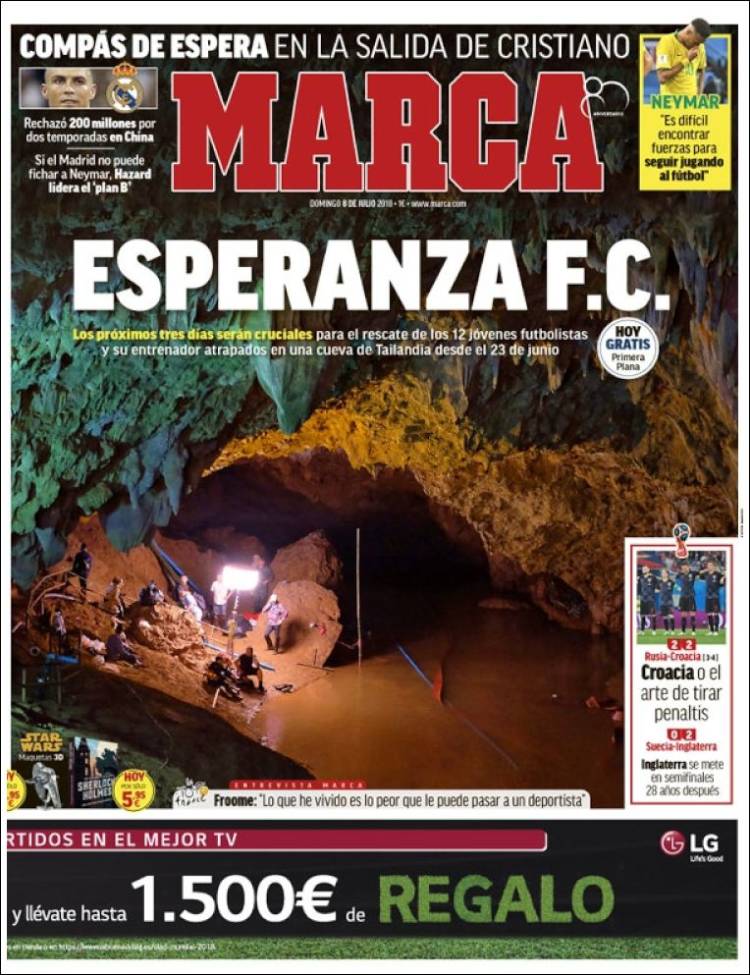 He rejected €200m for two seasons in China

If Madrid do not sign Neymar, Hazard will be their 'Plan B'

"It's difficult to find strenth to keep playing football"

The next three days will be crucial for rescuing the 12 young players and Coach, who have been trapped in a cave in Thailand since June 23

Croatia and the art of taking penalties 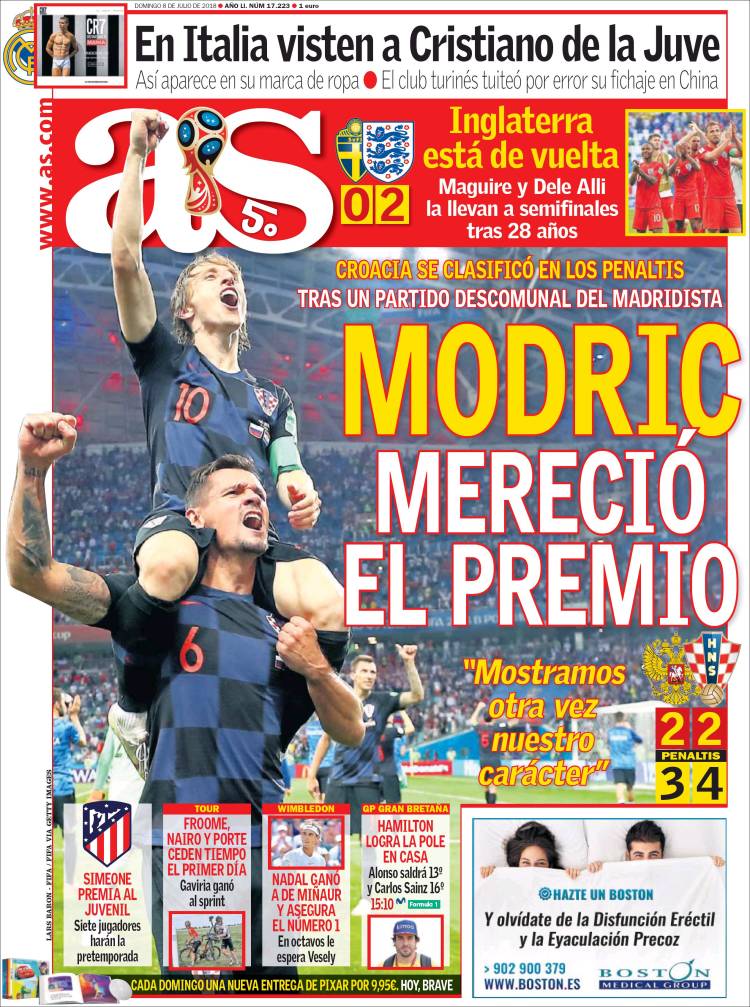 In Italy, they see Cristiano as Juve's

This is how his clothing brand appears

The Turin club tweeted his signing in China by error

"We showed our character again"

Seven are called up for preseason 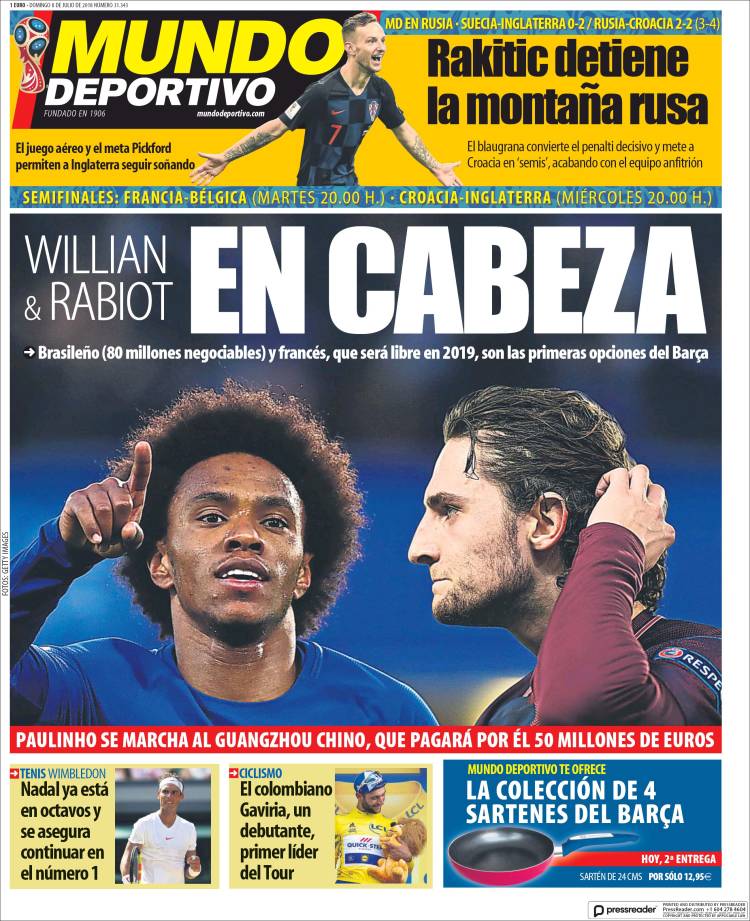 The Blaugrana player converts the decisive penalty and puts Croatia in the semi-finals, ending the hosts' hopes

Willian and Rabiot out front

The Brazilian (€80m negotiable) and Frenchman, who will become a free agent in 2019, are Barca's top targets

Paulinho is going to Chinese club Guangzhou, who will pay €50m for him