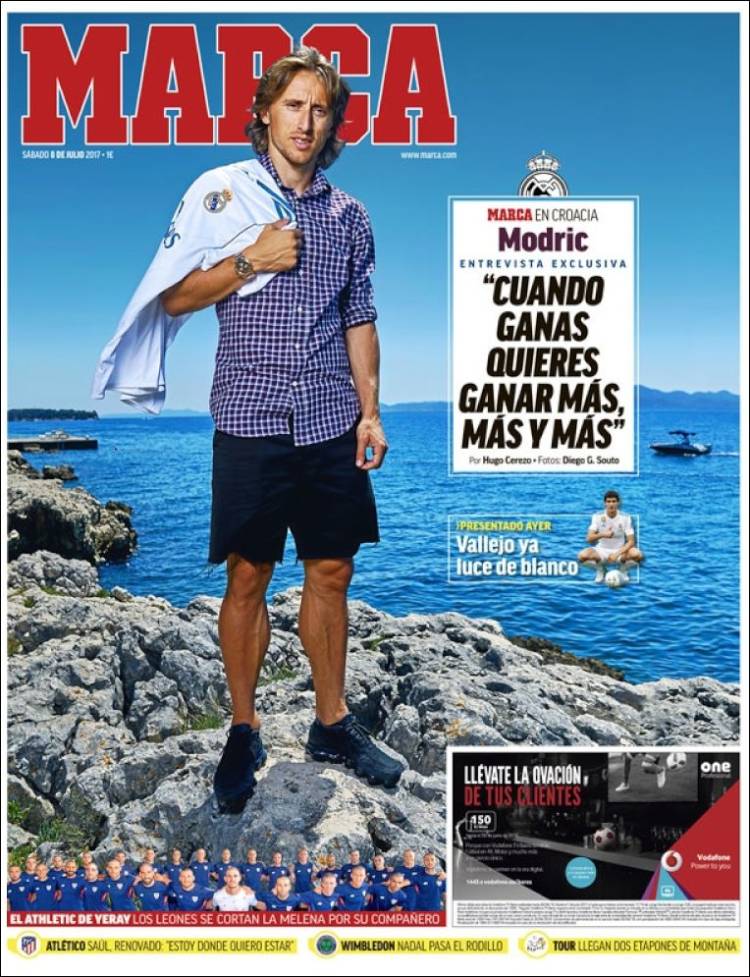 “When you win, you want to win more, more and more”

Los Leones cut their hair for their teammate 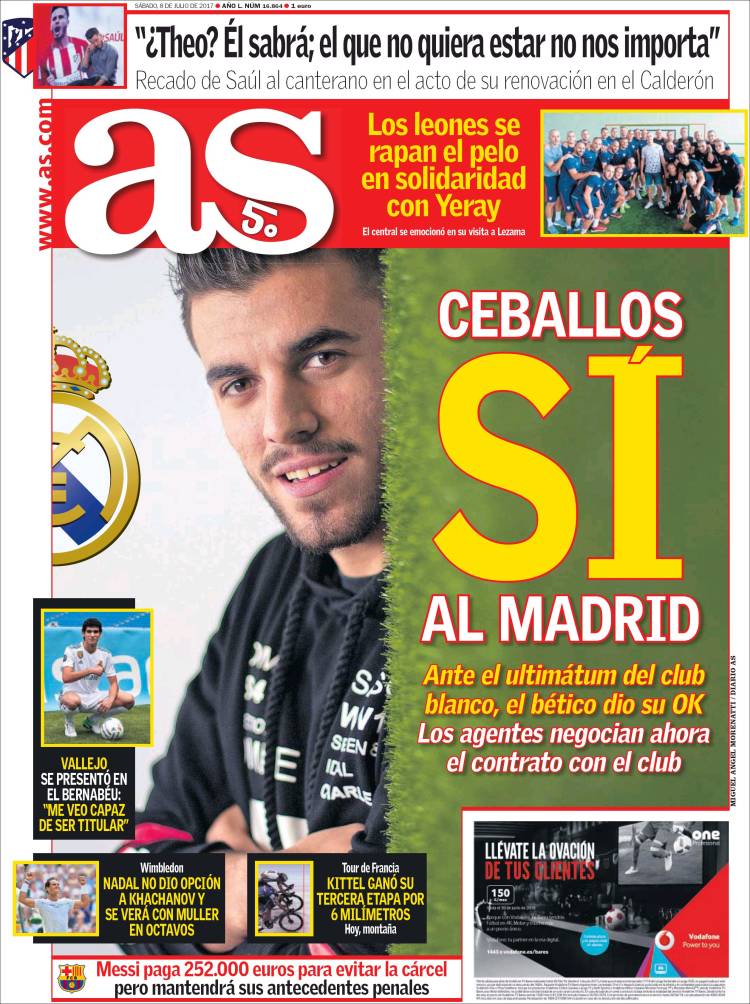 After Los Blancos gave him an ultimatum, the ‘betico’ gave them his OK

Agents will now negotiate his contract with the club

Los Leones shave their hair in solidarity with Yeray

“Theo? He’ll know; whoever doesn’t want to be here, we don’t care about them”

Vallejo, presented at the Bernabeu

“I see myself capable of being a starter”

Messi pays €252,000 to avoid prison but keeps his criminal record 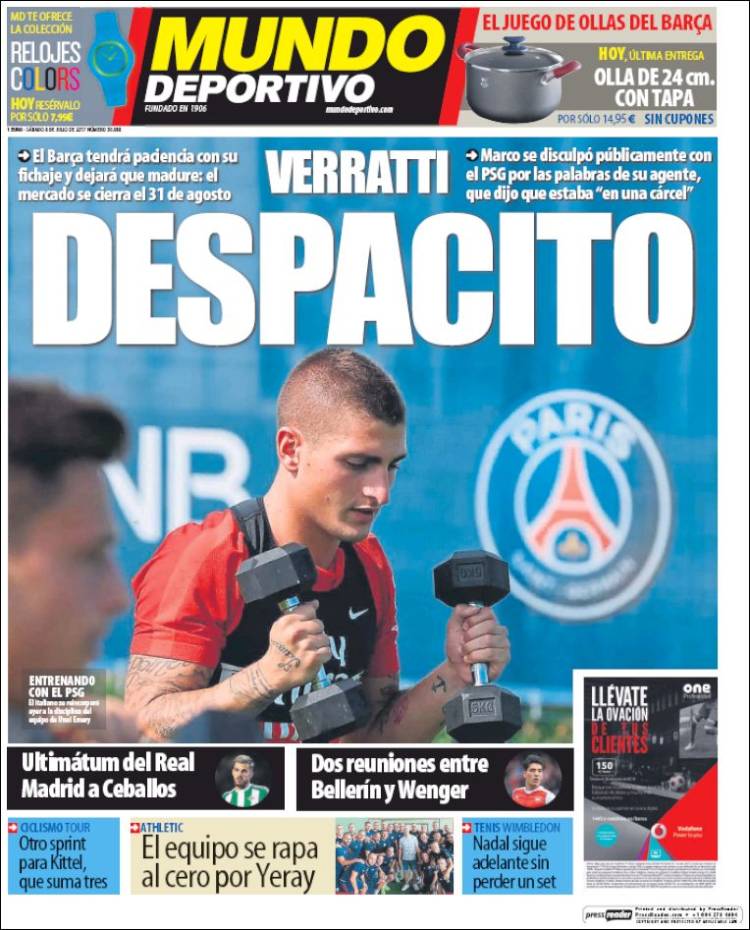 Barca will be patient with his signing and let it mature: the market closes on August 31

Marco publicly apologised to PSG for the words of his agent, who said that he was “in prison”

Ultimatum from Real Madrid to Ceballos

Two meetings between Bellerin and Wenger

Atlhletic shave their heads for Yeray