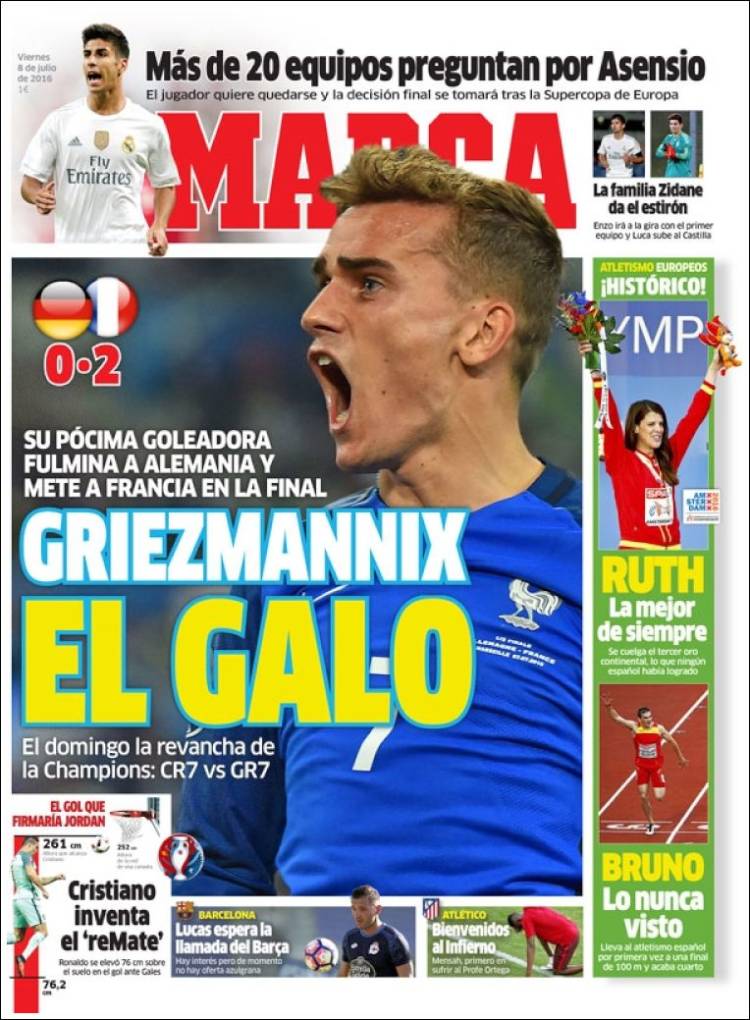 Sunday will be a rematch of the Champions League final: CR7 vs GR7

More than 20 teams ask for Asensio

The Zidane family have a growth spurt

The goal that Jordan would score

Ronaldo rose 76cm above the ground for his goal against Wales

There is interest but no Blaugrana deal yet

Mensah, first to suffer at the hands of ‘Profe’ Ortega 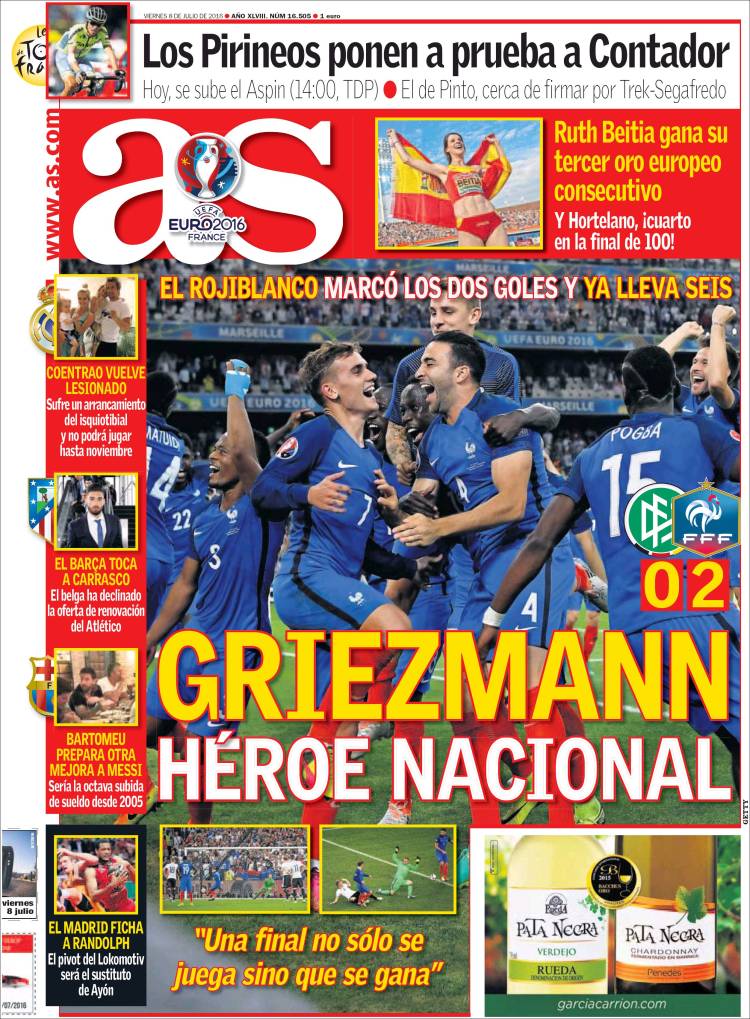 The Rojiblanco scored two goals and now has six

“A final isn’t only played but won”

He suffers a hamstring avulsion and may not play until November

The Belgian has declined Atletico’s offer of a renewal 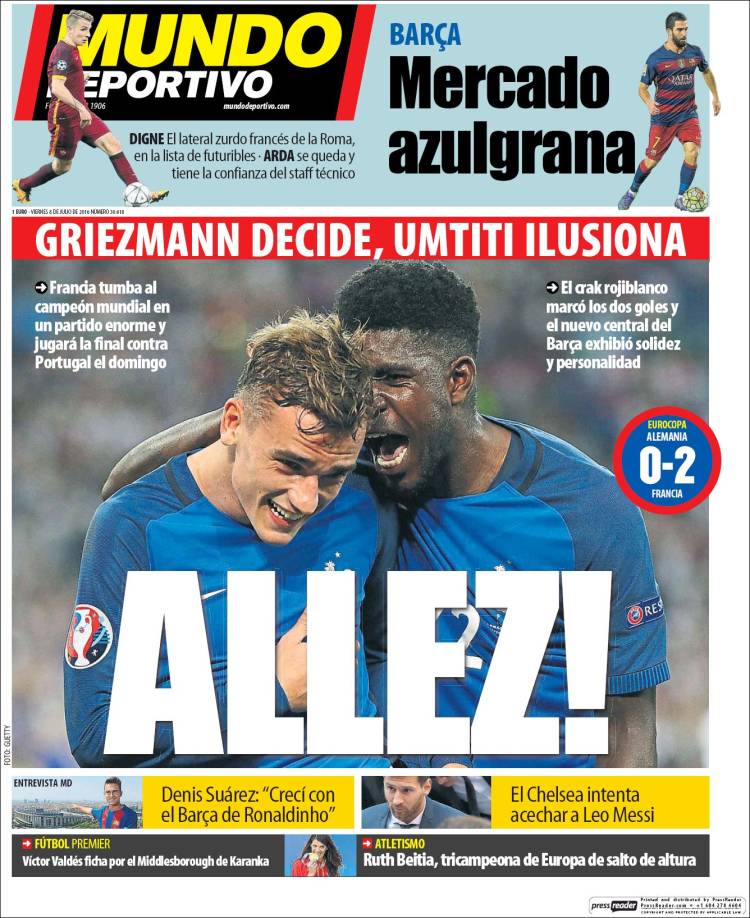 Digne, Roma’s French left-back in the list of prospects

Arda stays and has the coaching staff’s confidence

Denis Suarez: “I grew up with Ronaldinho’s Barca”