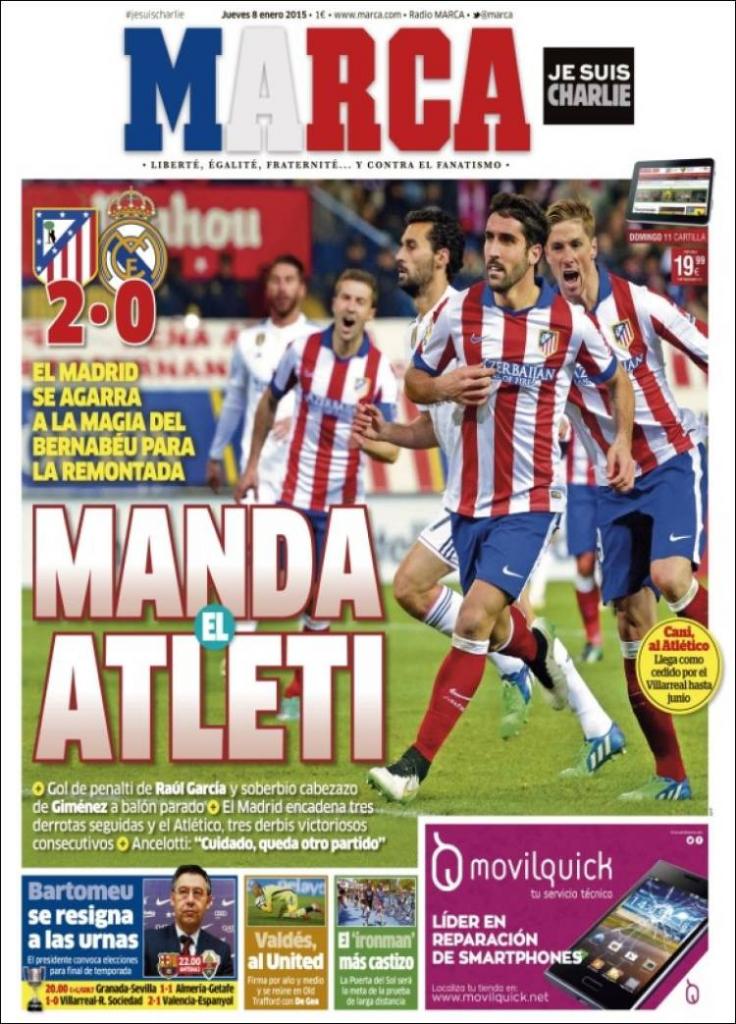 Cani to Atletico: he arrives on loan from Villarreal until June

Bartomeu resigned to the ballot box

The President announces the elections for the end of the season

Valdes to United: he signs for a year-and-a-half and joins De Gea at Old Trafford 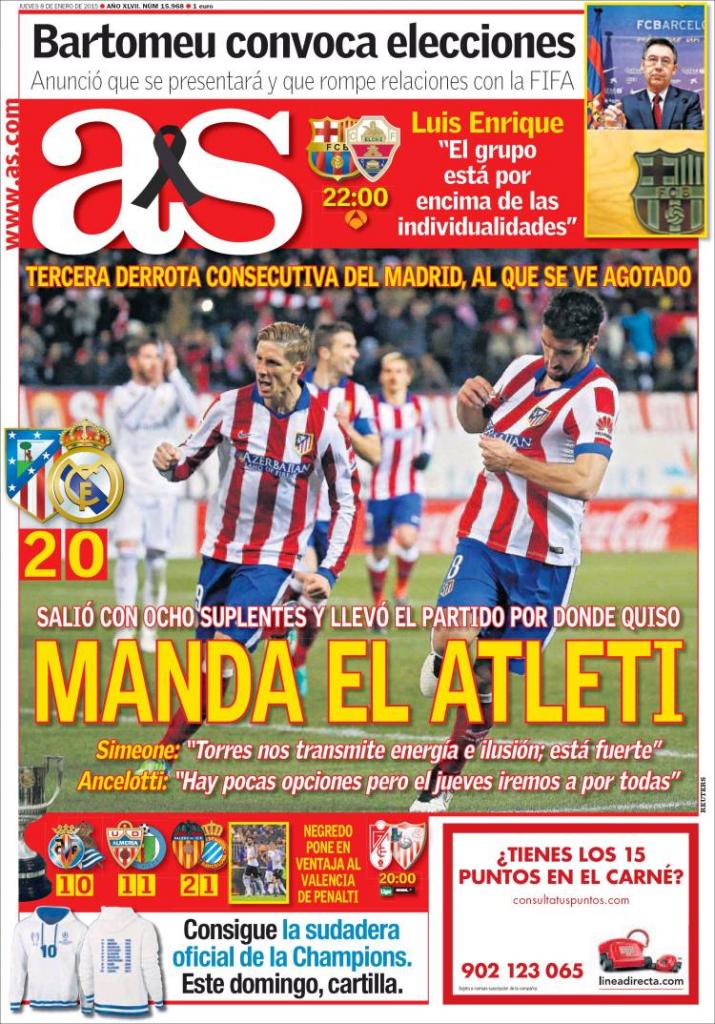 Third consecutive defeat for a Madrid that looks exhausted

Simeone: “Torres gave us energy and hope, he is strong”

Ancelotti: “There are few chances but on Thursday we will go all out”

Bartomeu calls the elections: he announces he will stand and breaks relations with FIFA

Luis Enrique: “The group comes before any individual”

Negredo gives Valencia the advantage from a penalty 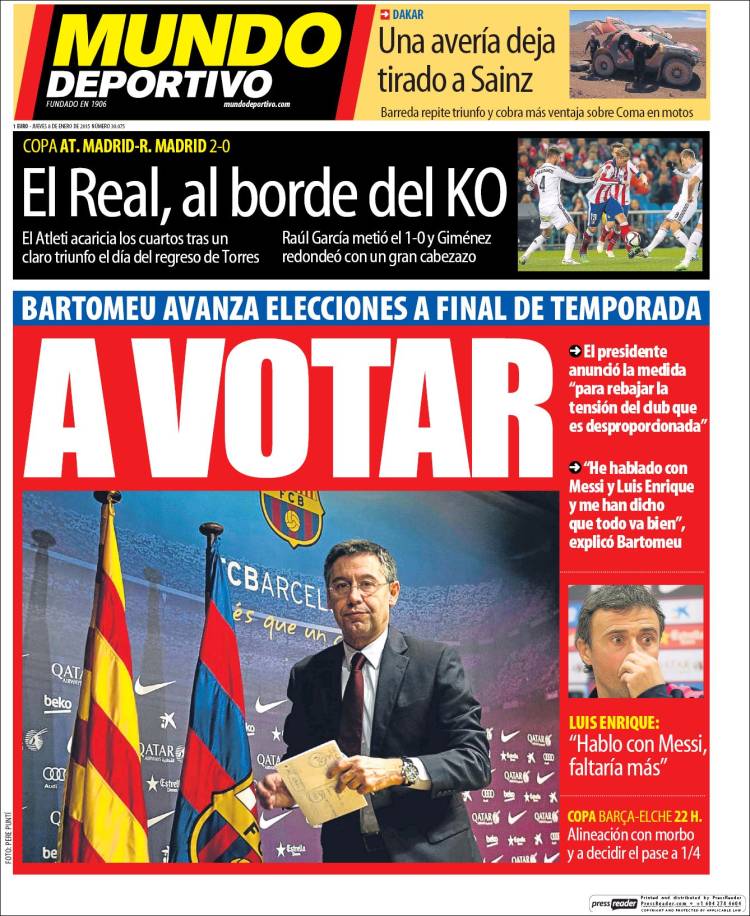 Bartomeu brings the elections forward to the end of the season

The President announces the measure “to lower the tension at the club, which is disproportionate”

“I’ve spoken with Messi and Luis Enrique and they have told me things are going well,” explained Bartomeu

Luis Enrique: “I speak with Messi, what more do you want? “

Barca-Elche: curious starting line-up to decide who goes through to the quarter-finals

Real Madrid, on the verge of a KO