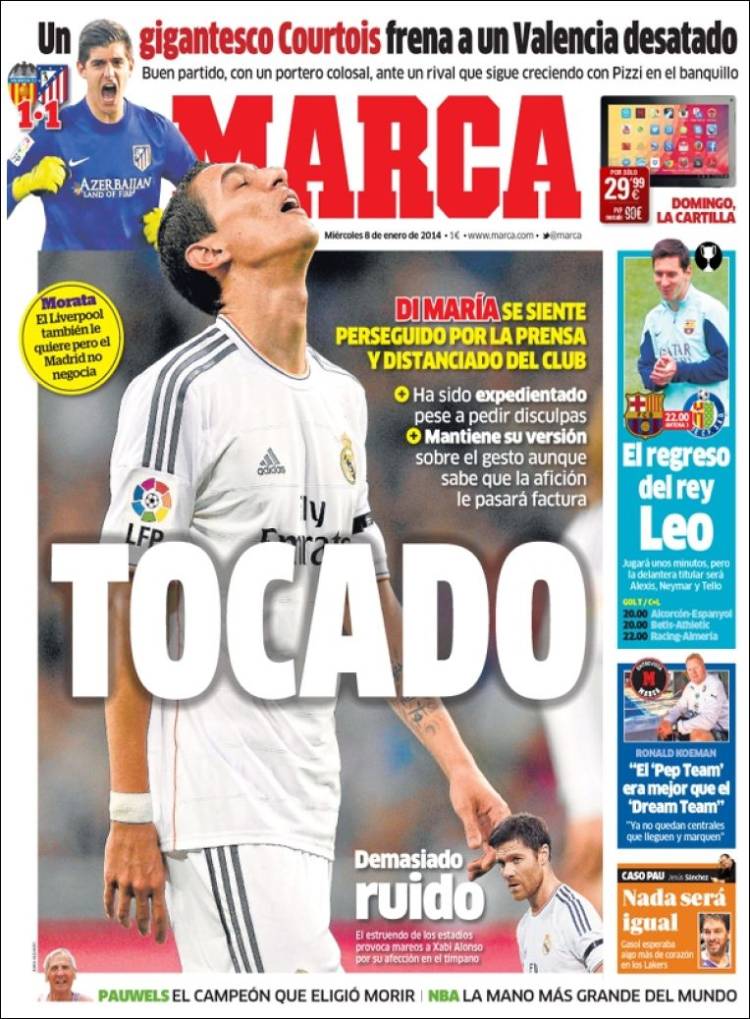 He has been criticised despite apologising

Morata: Liverpool also want him but Madrid do not want to negotiate

The racket has made Xabi uncomfortable

The return of King Leo

He will play some minutes but the starting attacking trio will be Alexis, Tello and Neymar

Ronald Koeman:: "'Pep's team' was better than the Dream Team"

Pau: Nothing will be the same 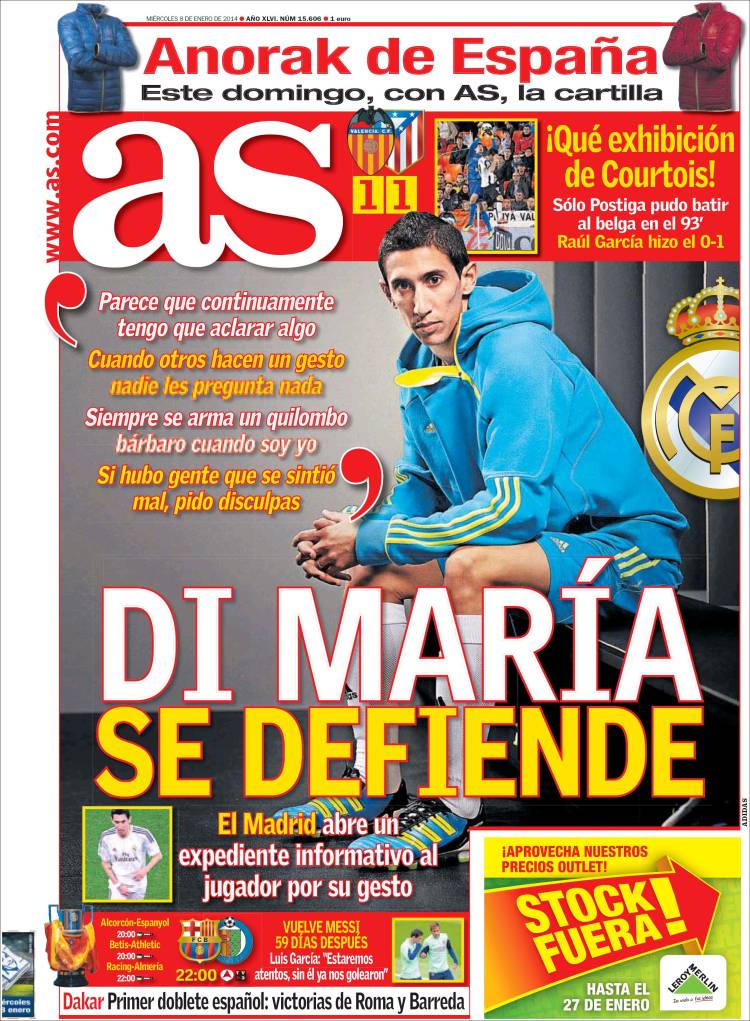 "It seems that I have to continually clarify something"

"When other make such a gesture, nobody asks anything"

"Always they come at me when it is me"
"If there is anyone who felt offended, then I am sorry"

Madrid opens up an investigation into the player's gesture

A great exhibition by Courtois

Only Postiga could beat the Belgian in the 93 minute

Luis Garcia: "We will be alert, even without him they could score many"

Dakar: The top two Spanish, victories for Roma and Barreda 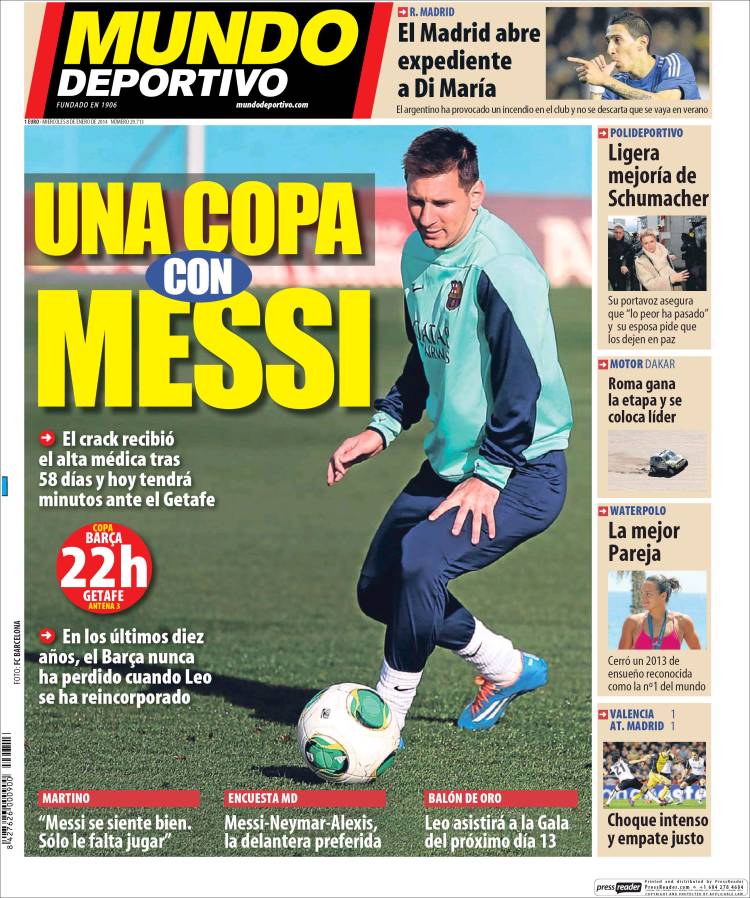 A Cup and Messi

In the last ten years, Barca have never lost when Leo has returned to the team

Martino: "Messi feels good. He only needs to play"

Messi, Neymar and Alexis, the forward line most preferred

Leo to attend the Balon d'Or gala on Jan 13

Madrid open up an investigation into Di Maria

A slight improvement for Schumacher

Dakar: Roma wins the stage and is now joint-leader