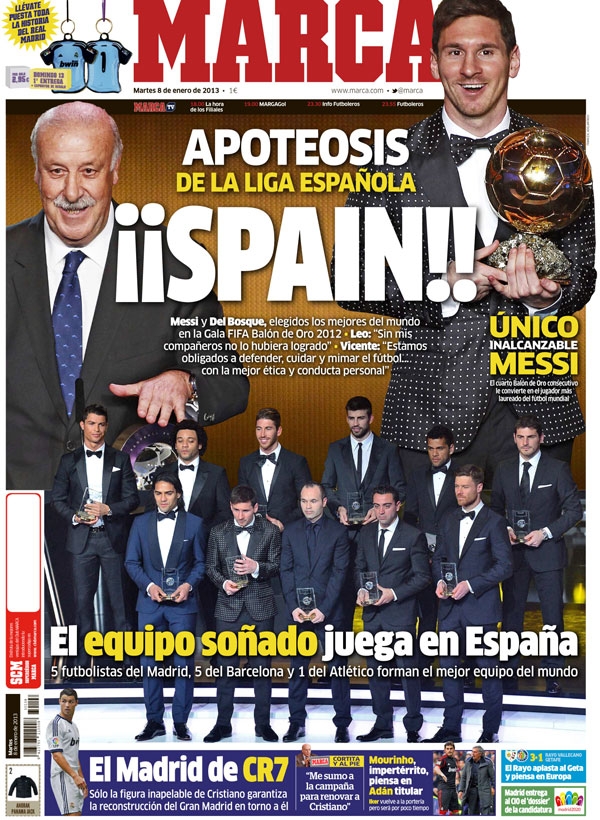 Apotheosis of the league of Spain

Messi and Del Bosque, chosen as the best in the world at the FIFA Balon D’Or gala of 2012

Leo: “Without my teammates I would not have been successful”

Vicente: “We are obliged to defend, take care and treasure football…with the best ethical and personal conduct”

Unattainable Messi: The fourth consecutive Balon D’Or for the most prized footballer in the world

The dream team plays in Spain: Five players from Real Madrid, 5 from Barcelona and one from Atletico form the best team in the world

Madrid of CR7: Only the unappealing figure of Cristiano guarantees the reconstruction of a great Madrid

Marca’s view, Short and to the point: “I agree with the campaign to renew Cristiano’s contract”

Mourinho unperturbed still thinking of Adan as the first choice: Iker will return to the starting lineup but will be for a short time

Rayo crush Getafe and now Europe is on their minds 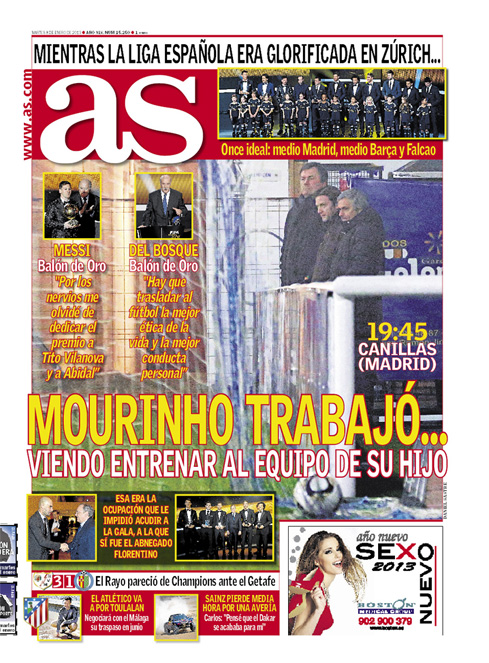 While Spain’s La Liga is glorified in Zurich….

The Best eleven is made of half of Madrid players, half of Barca players and Falcao

Mourinho works….. watching the training of his son

Messi, Balon d’Or: “Because of my nerves I forget to dedicate the award to Tito Vilanova and Eric Abidal”

Atletico will go for Toulalan: They will negotiate with Malaga for the player in June

Sainz loses half an hour after a breakdown, Carlos: “I thought that the Dakar would be over for me” 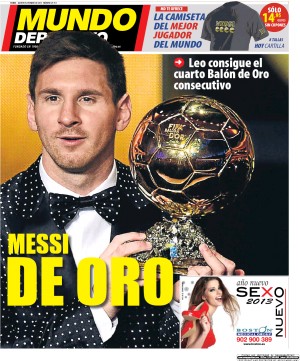