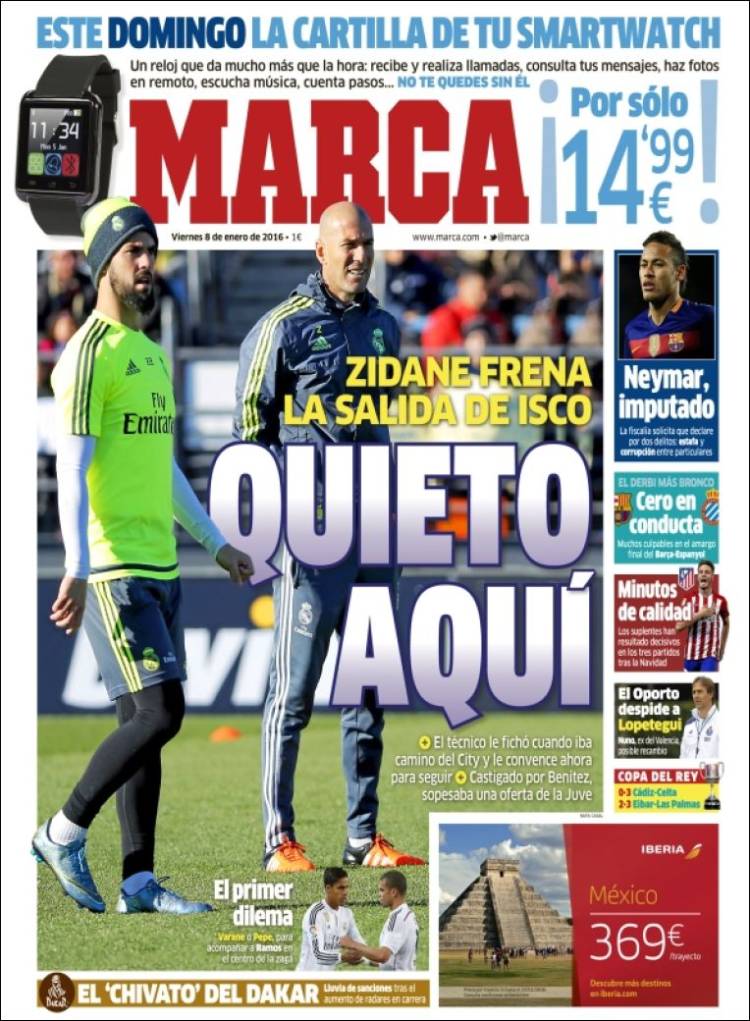 Punished by Benitez, he also weighed up an offer from Juve

Varane or Pepe to partner Ramos in central defence

The prosecution requests Neymar is declared on two counts: fraud and corruption

Many are responsible for the bitter end of Barca-Espanyol

Squad players have been decisive in Atleti's three games after Christmas 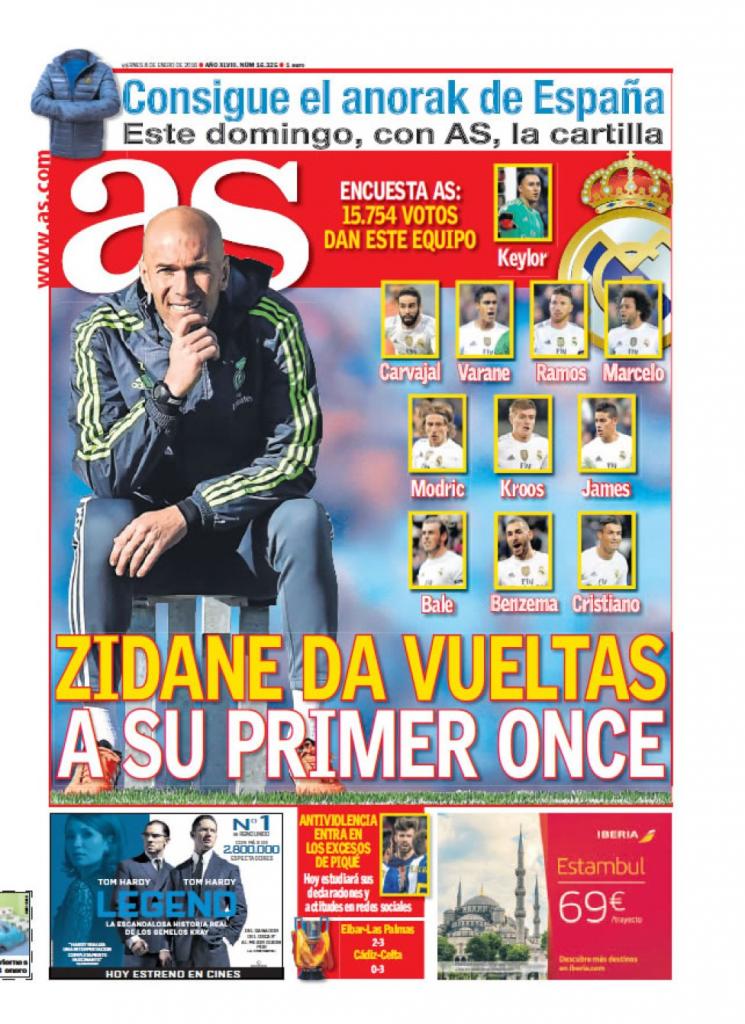 Zidane turns back in his first XI

Today, it will study the defender's statements and attitudes in social networks 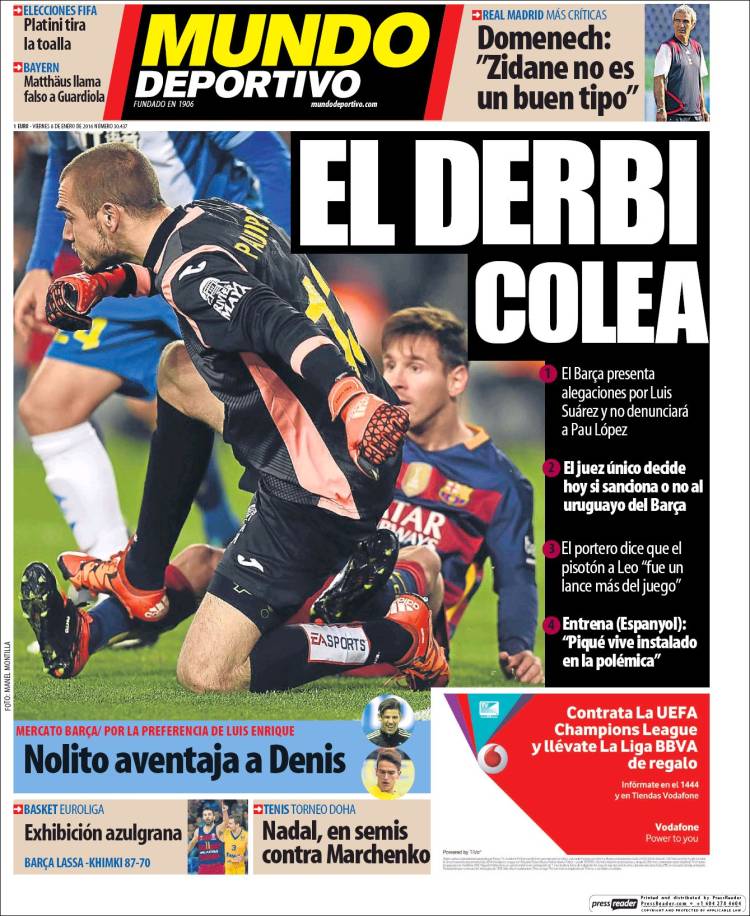 The derby of repercussions

The judge will today decide whether to punish the Uruguayan

The goalkeeper said his stamp on Leo “wasn't deliberate”

Platini throws in the towel