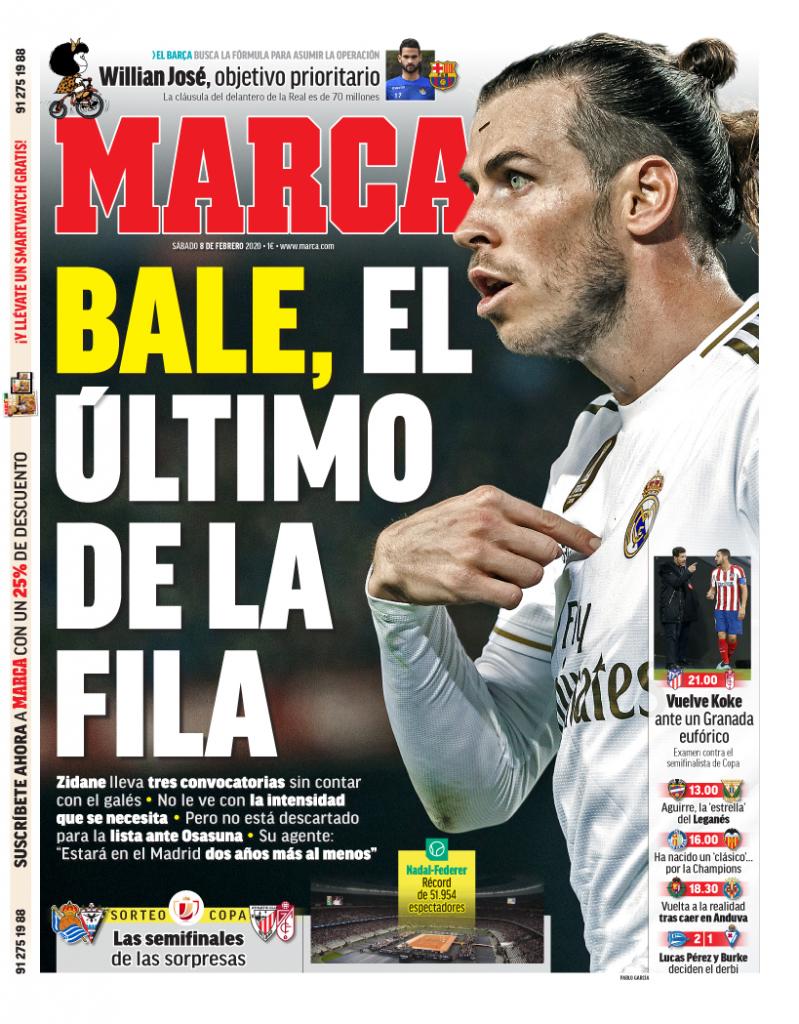 REAL MADRID: Gareth Bale is the last in line - Bale is not 'at the level' needed by Zinedine Zidane, but he could be included in the squad to face Osasuna this weekend, with his agent confirming he will stay at the club for two more years.

BARCELONA: Willian Jose - Priority Objective - The Brazilian could interest Barcelona, due to his €70M release clause at Real Sociedad. 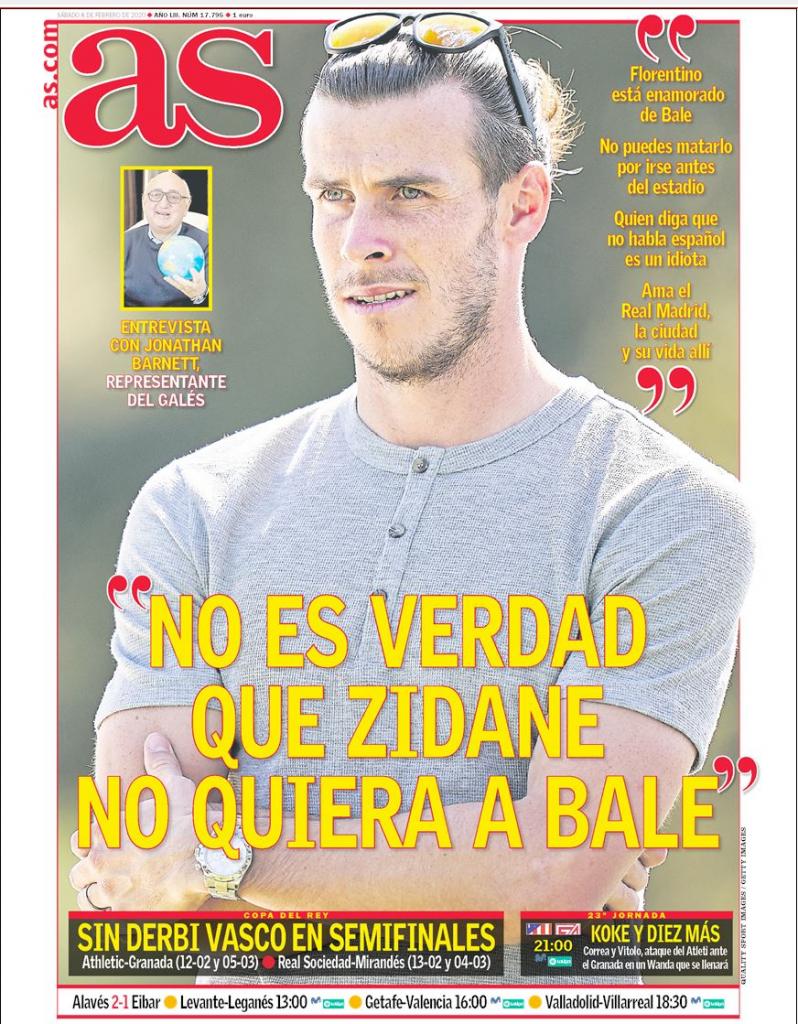 REAL MADRID: Gareth Bale's agent Jonathan Barnett confirms that Zinedine Zidane wants the Welsh international to remain at Real Madrid, and confirms that Florentino Perez loves his client and that his family are happy in Madrid. 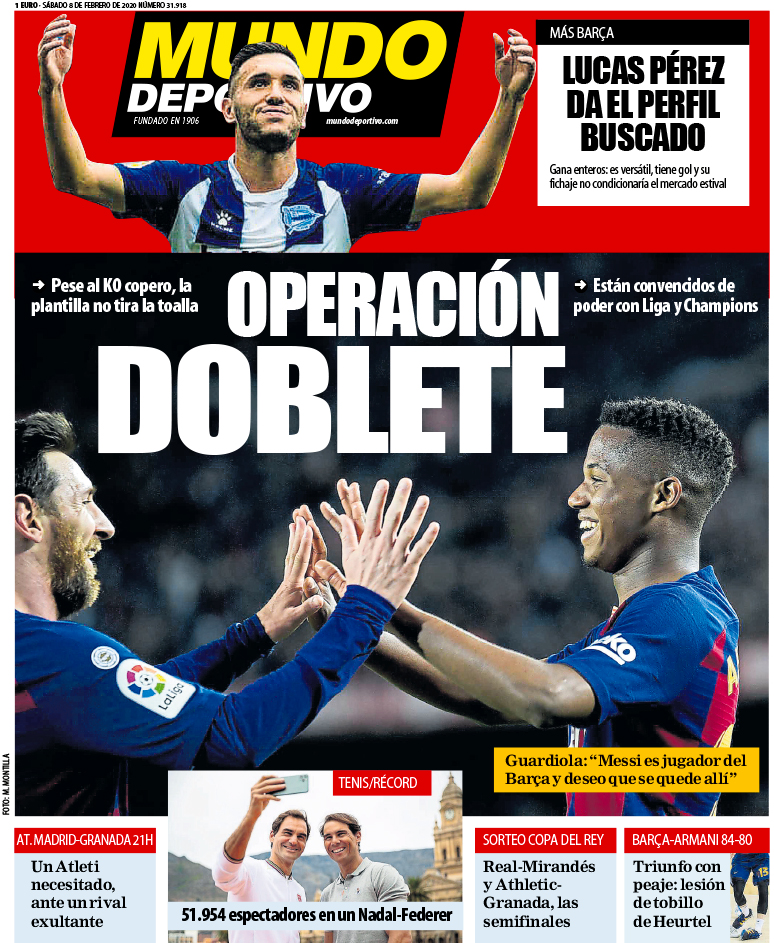 BARCELONA: Double Operation - Despite their Copa del Rey exit against Athletic Bilbao, the Barcelona squad remain confident they can win both La Liga and the Champions League.

BARCELONA: Lucas Perez is the perfect option - The former Arsenal man is an emergency target for Barcelona, as the versatile striker guarantees goals for in La Liga.