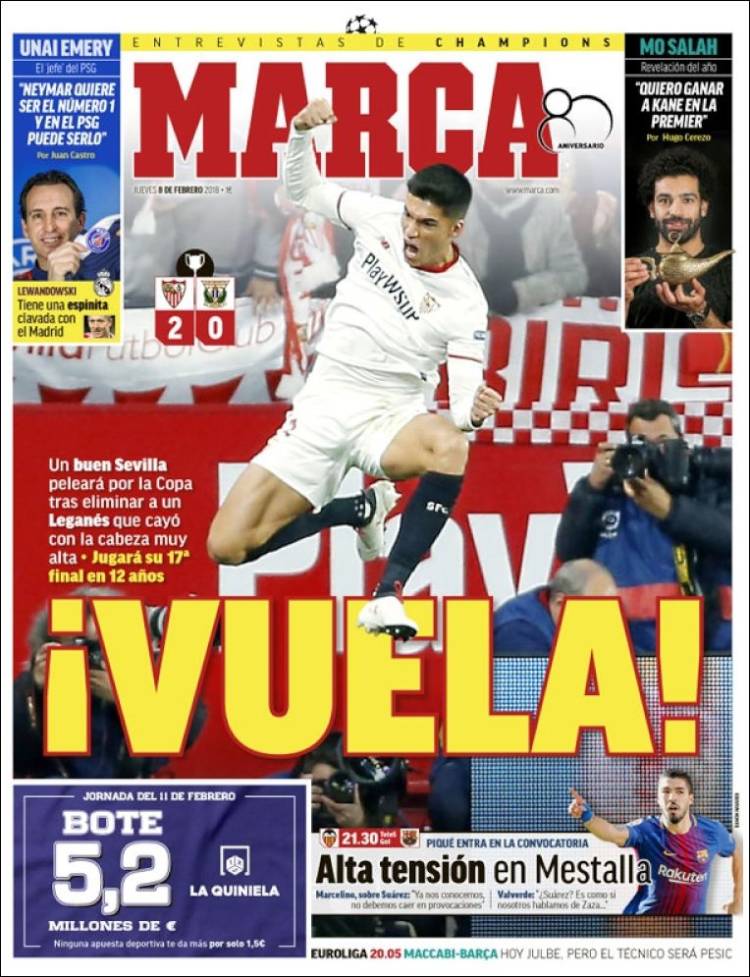 High tension in the Mestalla

Unai Emery: "Neymar wants to be number 1 in the world and with PSG he can be"

"I want to beat Kane in the Premier League" - Salah 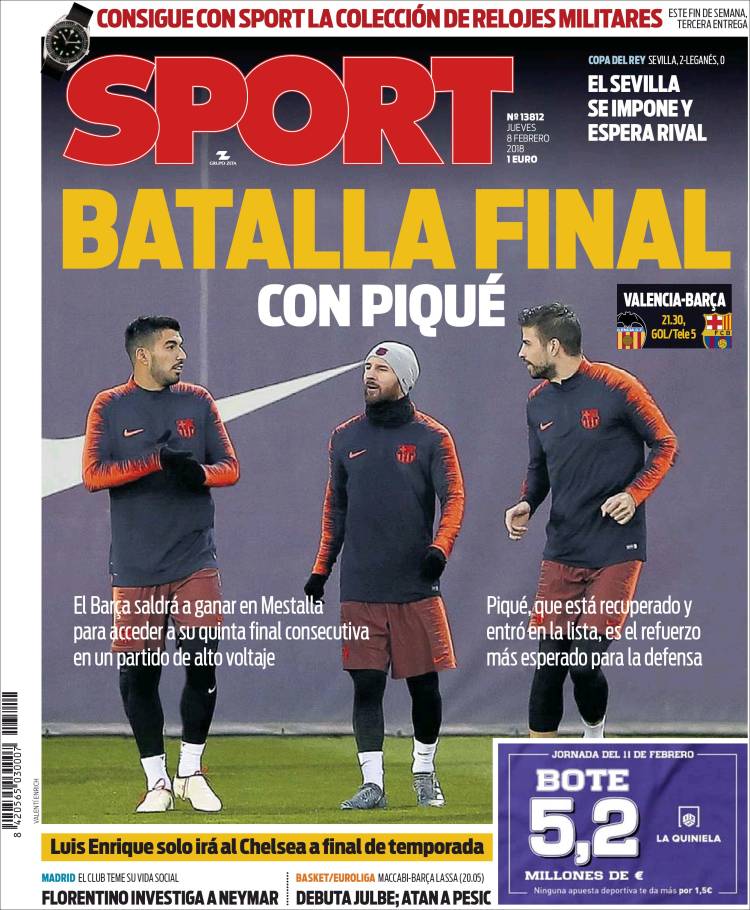 Barca to come out to win in the Mestalla for 5th consecutive final in a high-voltage game, Pique has recovered and is on the list to reinforce defence

Sevilla progress and wait for their rival 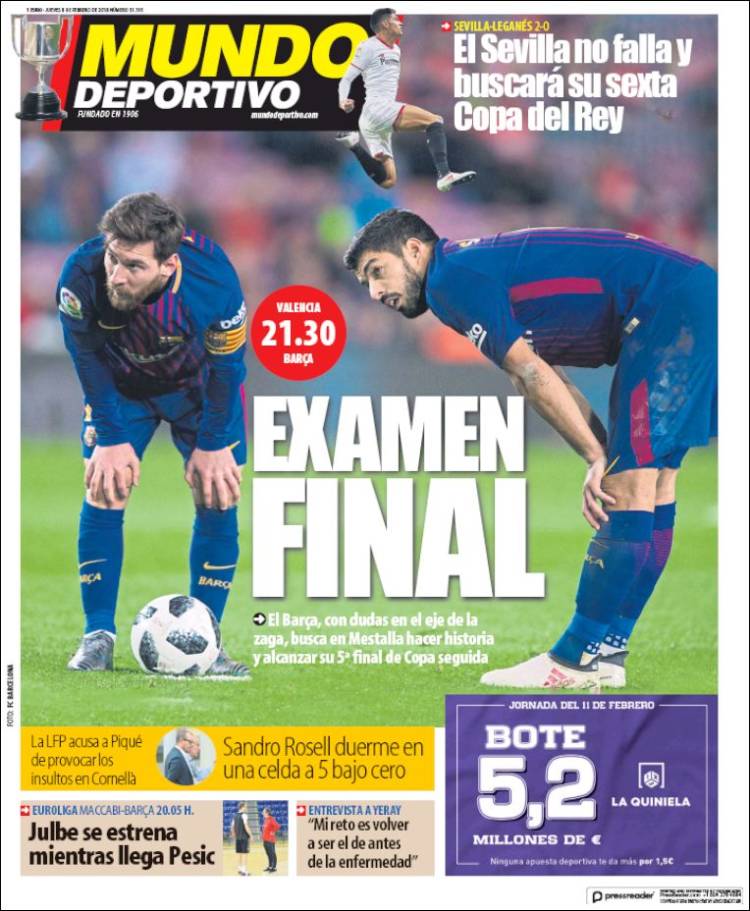 Barca, with doubts over their defensive axis, aim for record 5th final