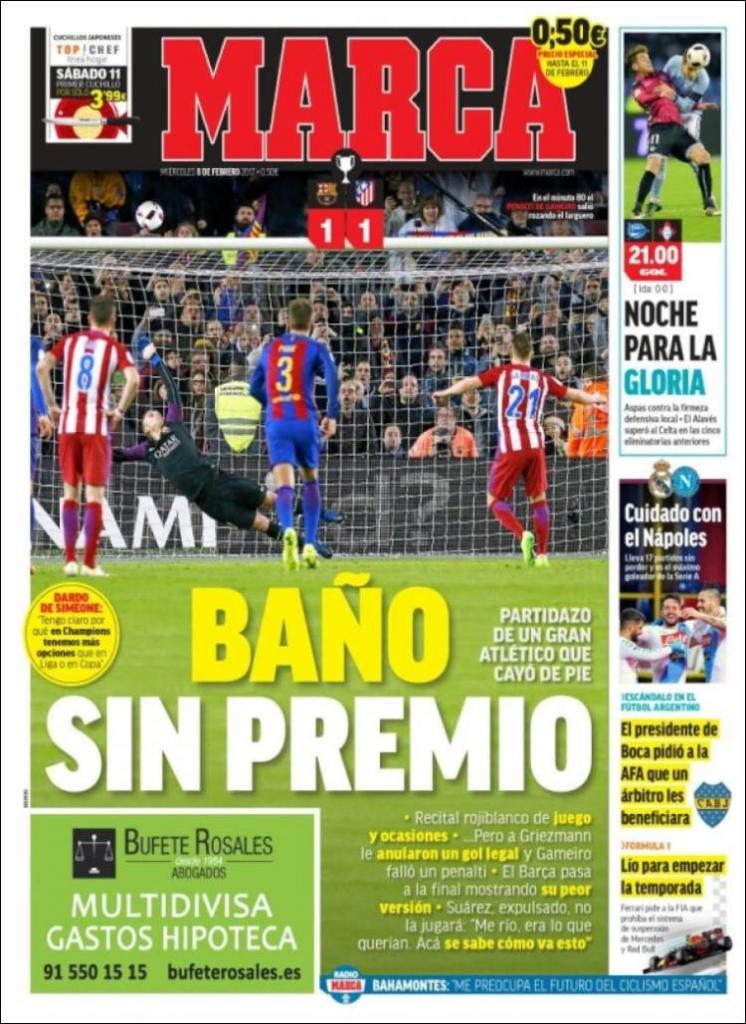 Bathe with no prize

A great game but a strong Atletico fall short

Gameiro misses penalty and perfectly good Griezmann goal ruled out, Barca through but play at their worst, Suarez sent-off and will miss the final - "I laughed, it's what they wanted. That's how it goes here"

Simeone curveball: I'm convinced we have more of a chance in the Champions League than La Liga or the Copa 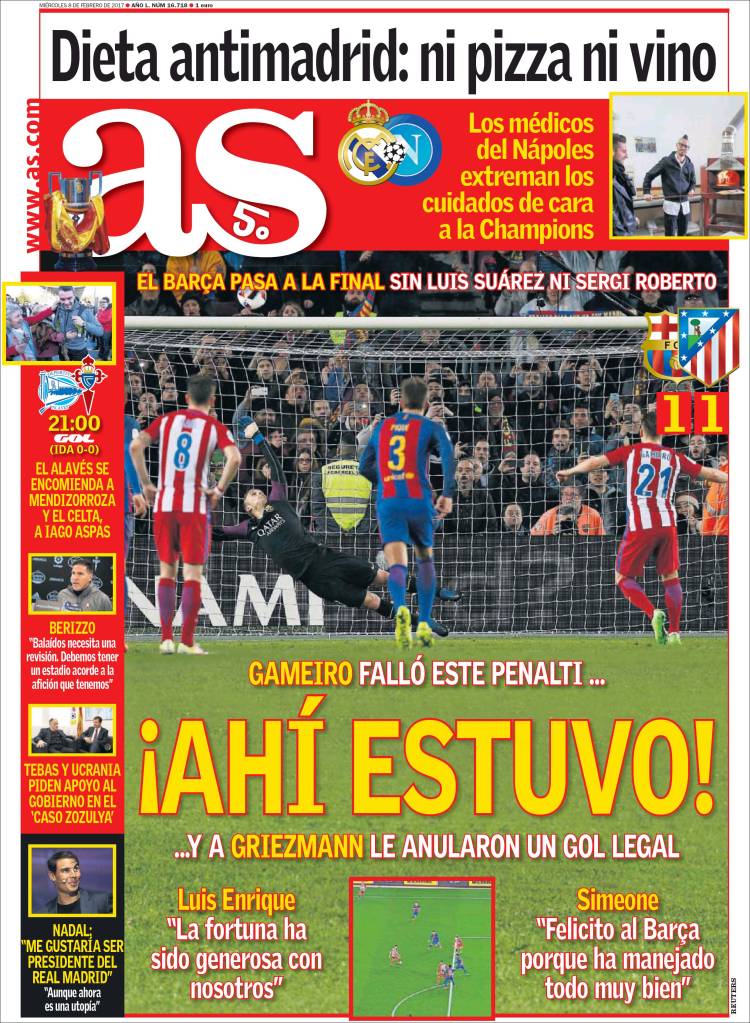 Luis Enrique: Fortune has been generous with us, Simeone: I congratulate Barca as they handled the game very well

Alaves rely on Mendizorroza and Celta, on Iago Aspas

Berizzo: Balaidos needs to be reviewed, we need a stadium in line with our great support 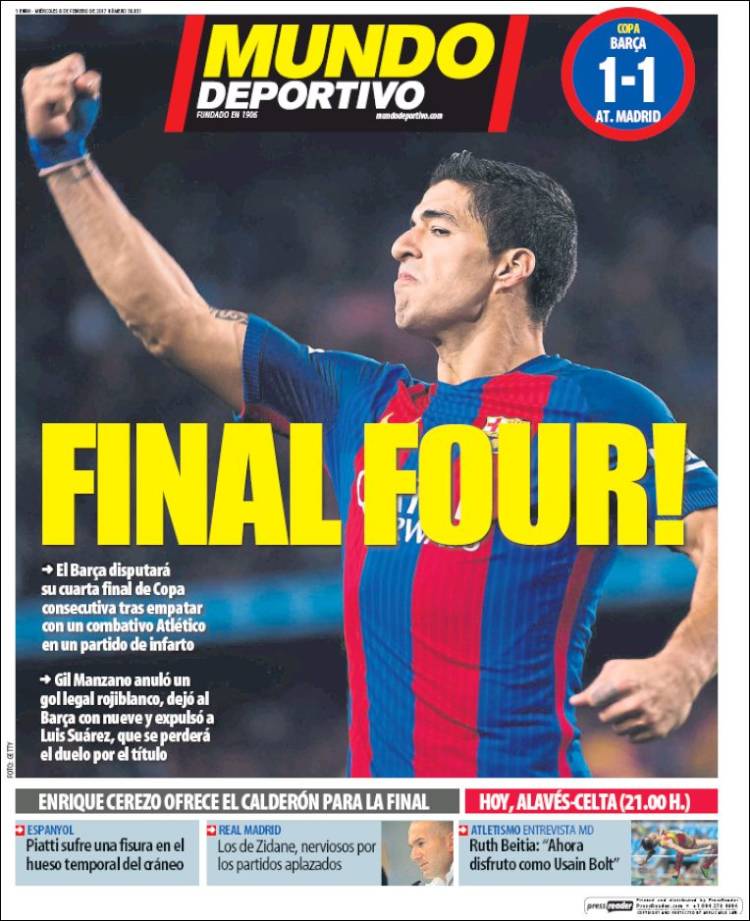