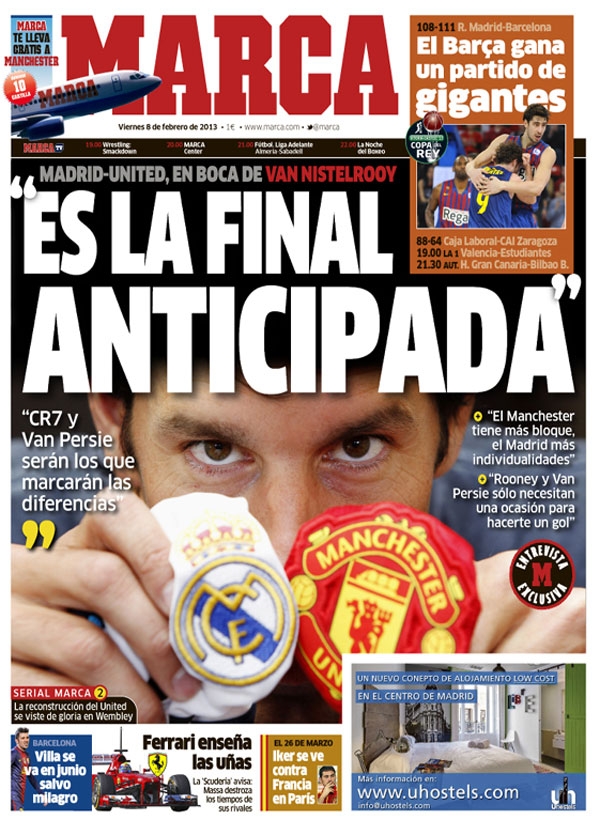 Madrid v United, from the view of Van Nistelrooy

"It is the anticipated final", "CR7 and Van Persie will be the difference between the sides, "Manchester is more of a team, Madrid have great individuals", "Rooney and Van Persie only need one occasion to score" RVN

Barcelona: Villa to go in June save a miracle"

Ferrari teaches a lesson to some: La 'Scuderia' warns, Massa destroys the times of his rivals

26 March Iker to go against France in Paris

Barcelona win the game of the giants 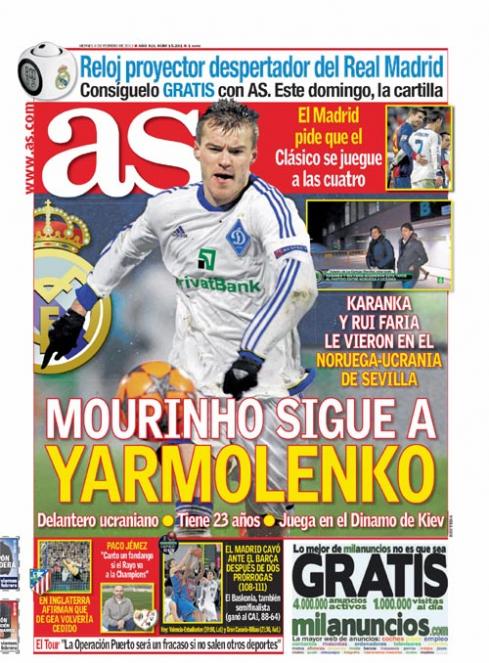 Karanka and Rui Faria watch him in the Norway-Ukraine game

Madrid ask that the Clasico be played at 4

In England it is confirmed that De Gea could be offloaded

Paco Jemez: "I will sing the Fandango if we make it to the Champions League" 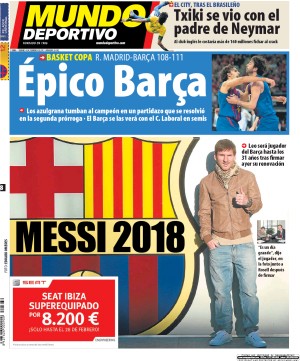 "Its a great day," Messi said in a photo with Rosell after signing

Barca will meet C.Laboral in the semis

Txiki watched Neymar alongside his father