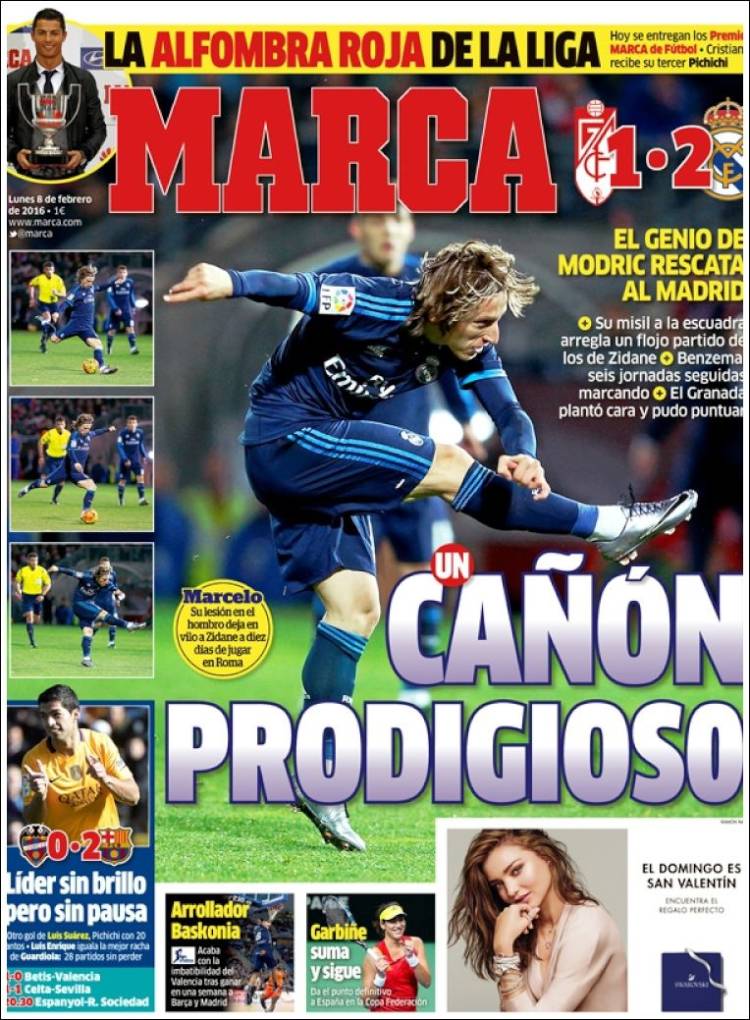 Granada stood up and could have scored

Leaders pull through without shining

Another goal for Luis Suarez, top scorer with 20 goals 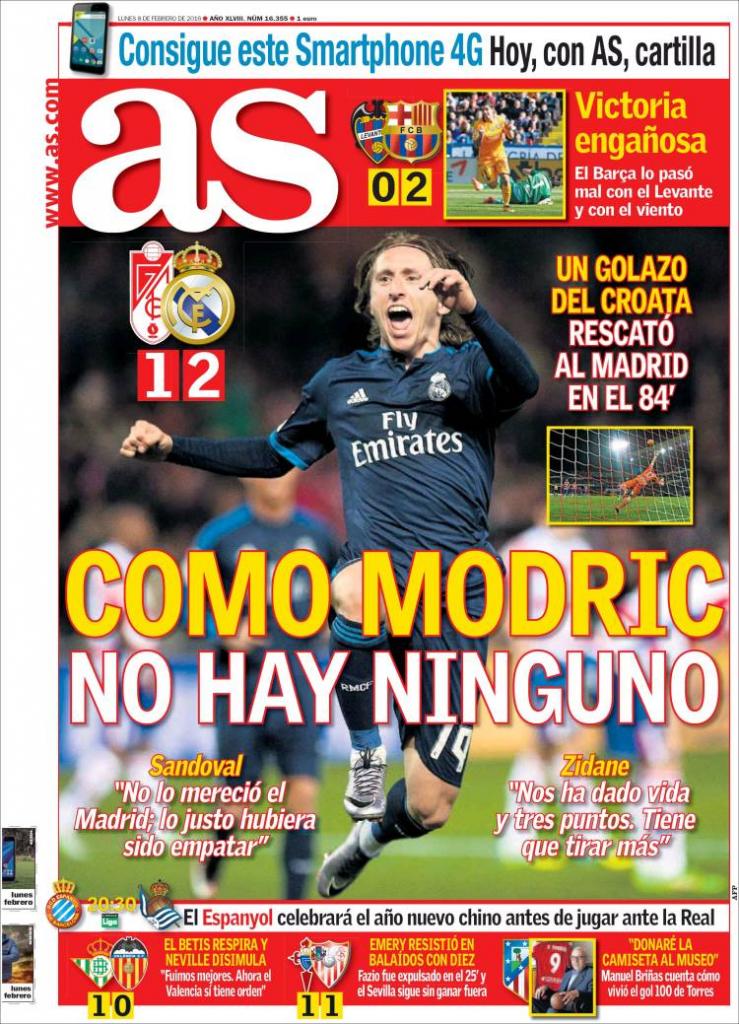 A goal from the Croatian rescued Madrid on 84 minutes

Sandoval: “Madrid didn’t deserve it. It should’ve just been a draw”

Zidane: “He gave us life and three points. He must shoot more”

Barca had a difficult time against Levante and with the wind

Betis breathe and Neville covers it up

"We were better. Now Valencia have order”

Emery holds out at Balaidos

“I will donate his shirt to a museum” 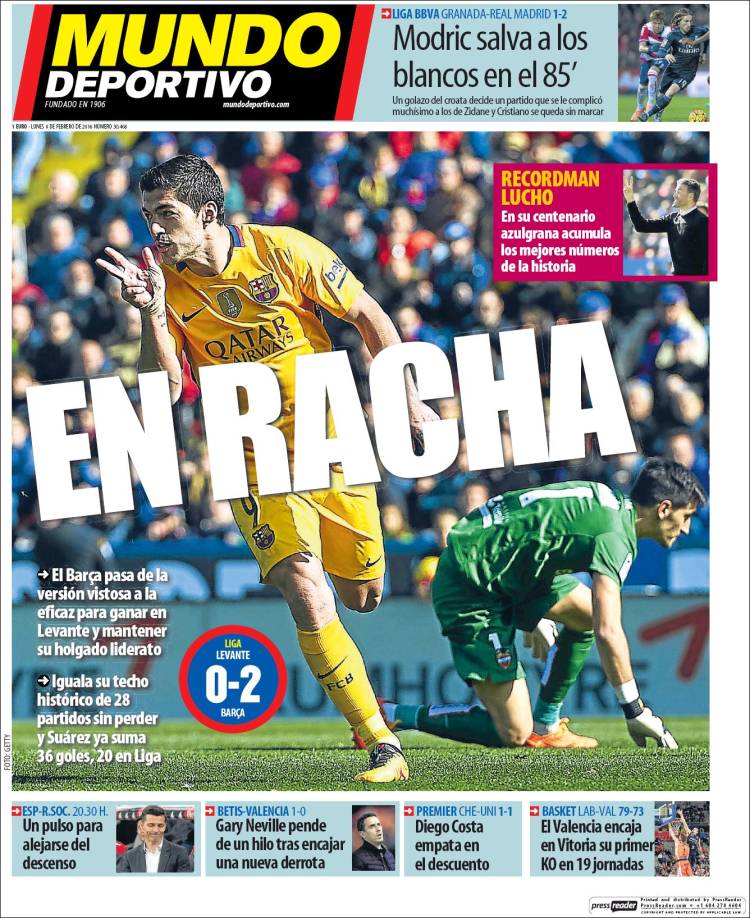 They equal their historical best of 28 games unbeaten and Suarez already has 36 goals, 20 in La Liga

On his 100th game, Barca accumulated the best numbers in their history