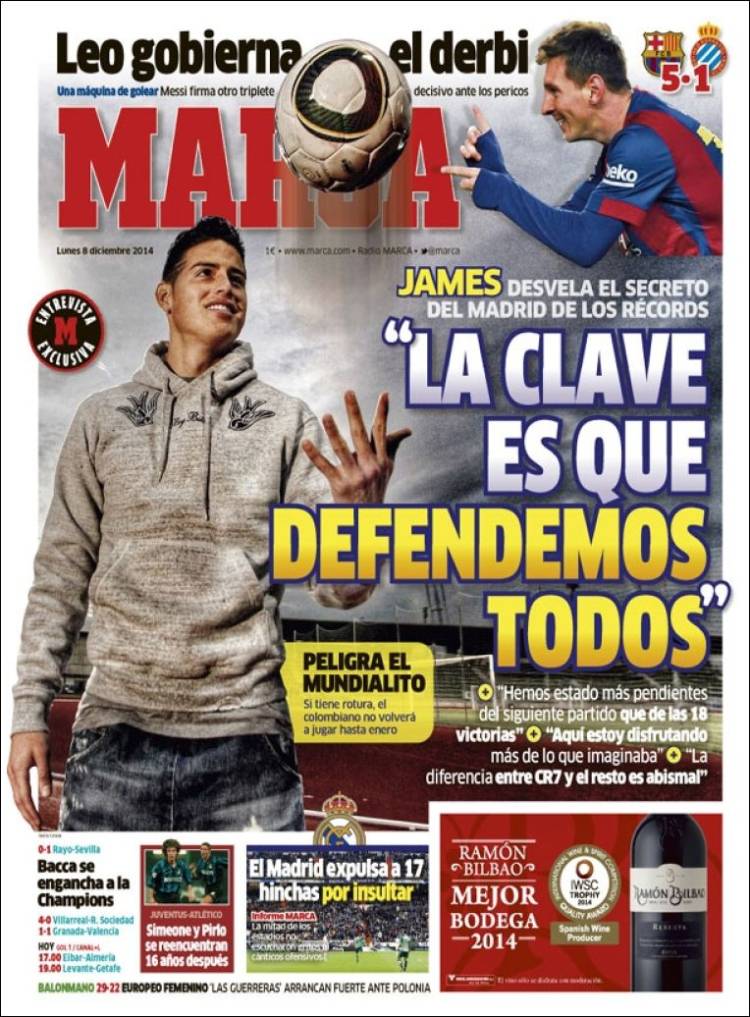 “The key is that we all defend”

“I’m enjoying it more here than I imagined”

“The difference between CR7 and the rest is enormous”

World Club Cup in danger: if he has torn anything the Colombian will not play again until January

A goalscoring machine: Messi gets another decisive hat-trick against Los Pericos

Marca survey: half of those contacted did not hear any offensive chanting 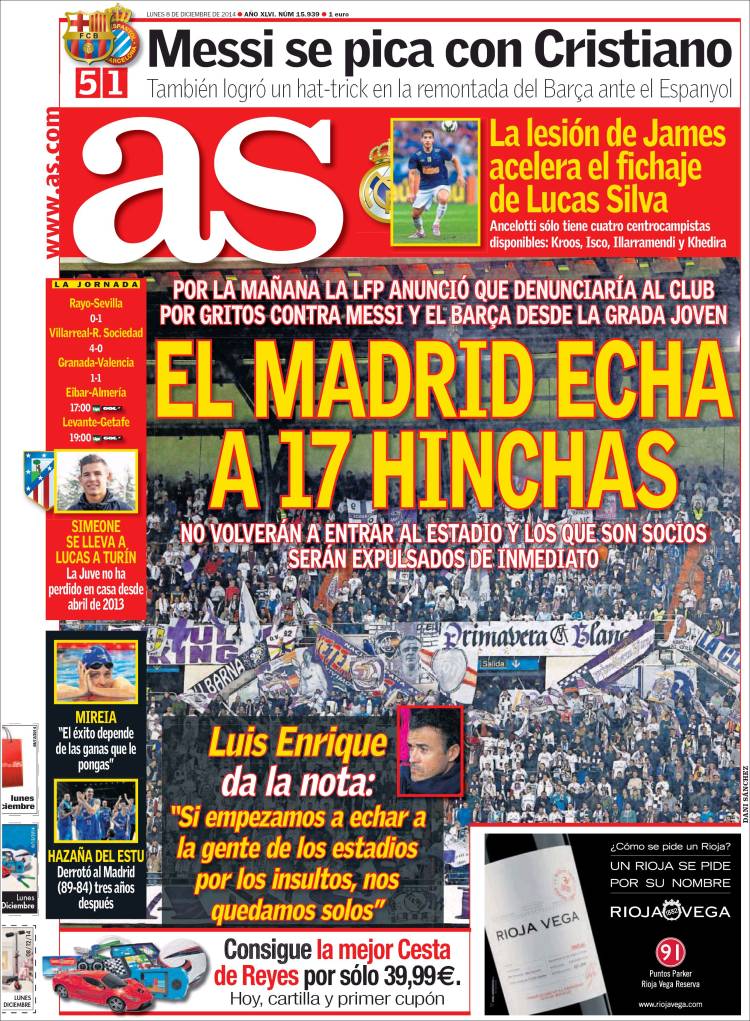 Luis Enrique takes note: “If we start to throw people out of the stadiums for insults, we will be left on our own”

Messi competes with Cristiano: he also gets a hat-trick in Barca’s comeback against Espanyol

James’ injury speeds up the signing of Lucas Silva

Juve have not lost at home since April 2013 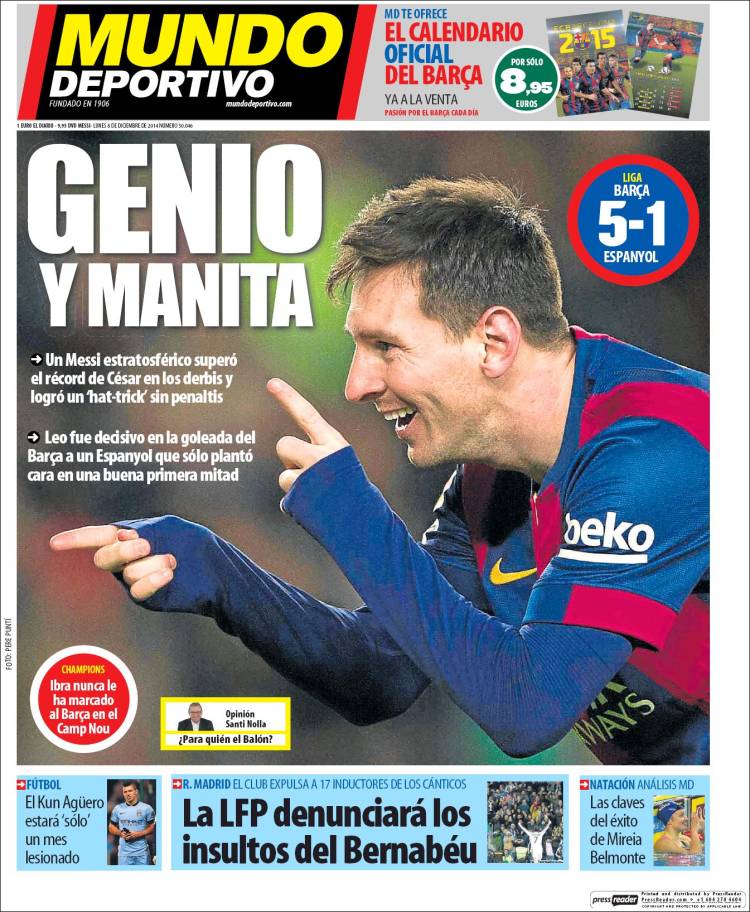 Genius and a five-goal haul

Ibra has never scored against Barca at the Camp Nou

Kun Aguero will be out injured ‘only’ a month

Real Madrid: the club ban 17 instigators of the songs

The LFP will denounce the Bernabeu insults