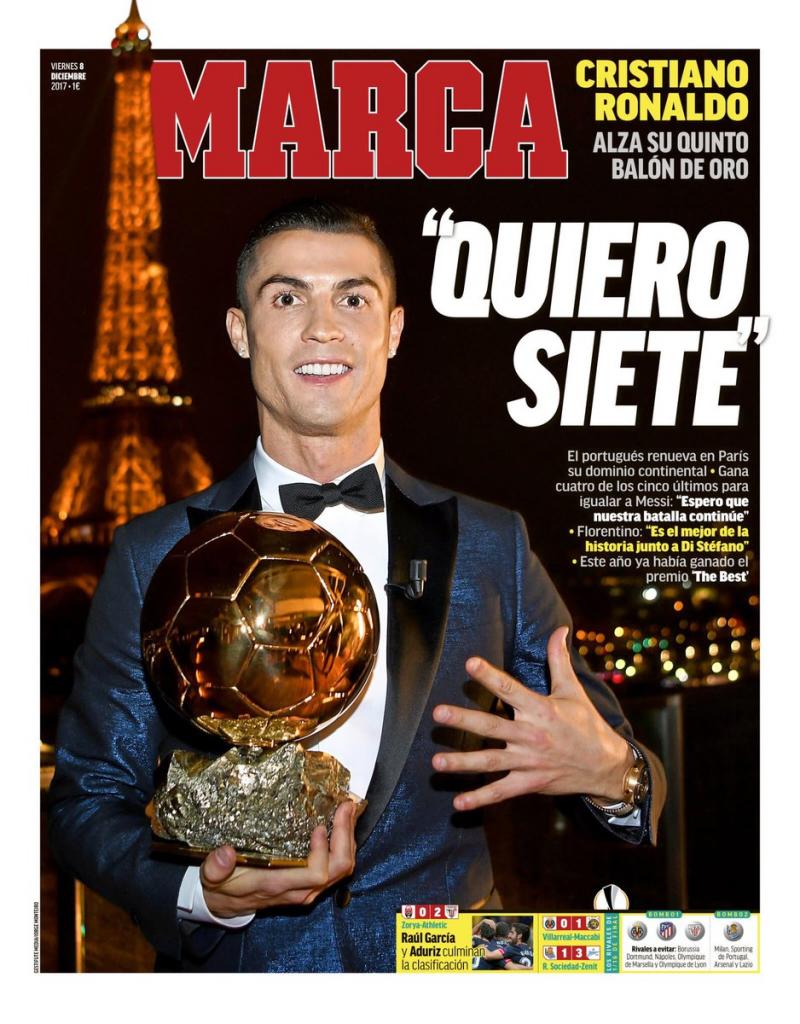 Portuguese star renews his dominance in Paris, has won 4 of the last 5 titles to equal Messi: "I hope that our battle continues", Florentino: "He is the best in our history, next to Di Stefano", this year he had already won The Best 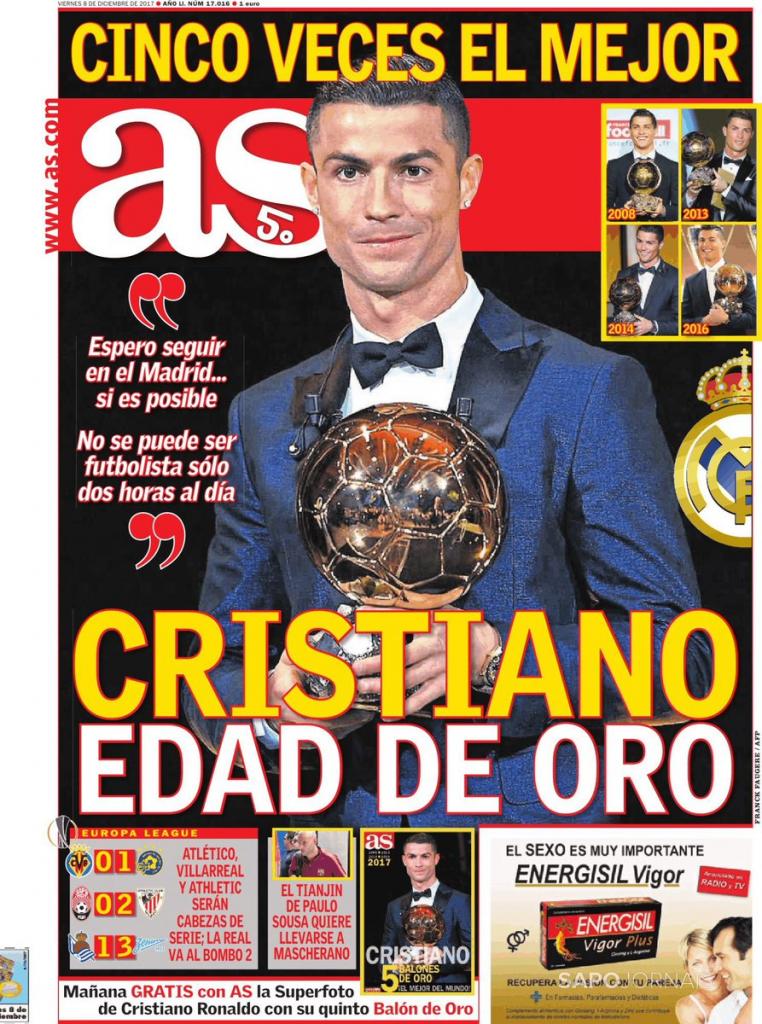 "I want to stay in Madrid, if possible," "You cannot be a footballer for just two hours a day"

Atletico, Villarreal and Athletic to be in top seeds, La Real in pot two 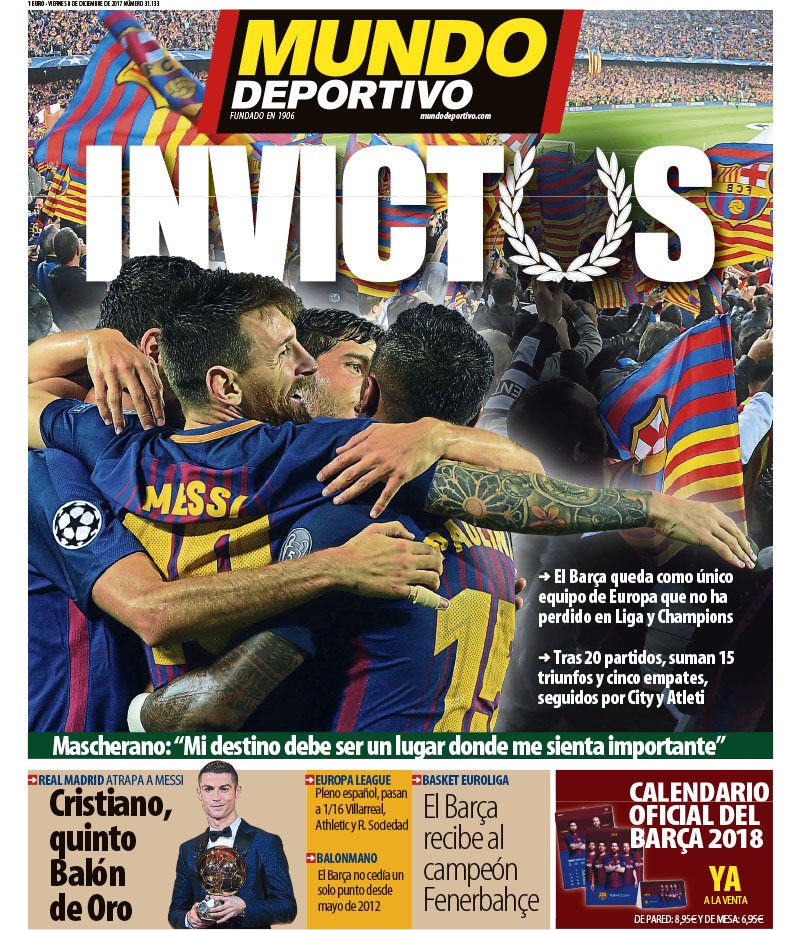 Barca remain the only undefeat team in the league and Champions League, After 20 games they have 15 wins, 5 draws, 0 defeats, followed by City and Atletico

Mascherano: My destiny should be in a place where I feel important