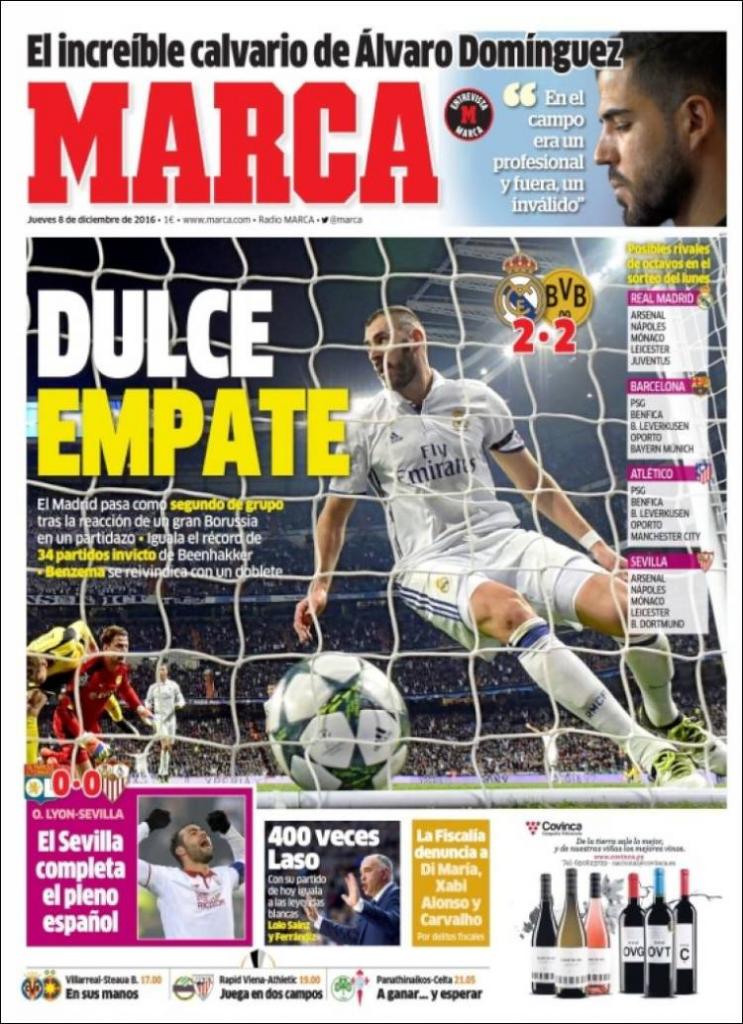 Equals the record of 34 games unbeaten of Beenhacker

Benzema performed like a reborn player with a double

Sevilla complete the set of Spanish progression, a 0-0 draw in Lyon

The incredible ordeal of Alvaro Dominguez – “On the pitch you are a professional and outside, an invalid”

Villarreal v Steau – in their hands

Panathinaikos v Celta – to win and to hope 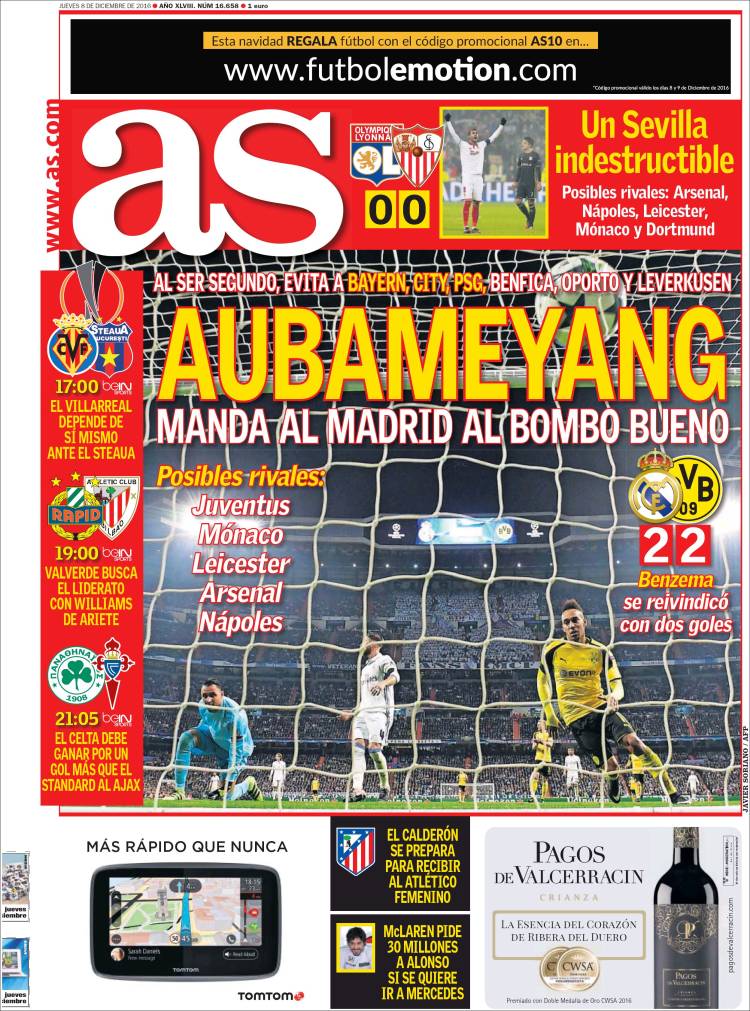 Villarreal v Steau - Villarreal rely on themselves to win and progress 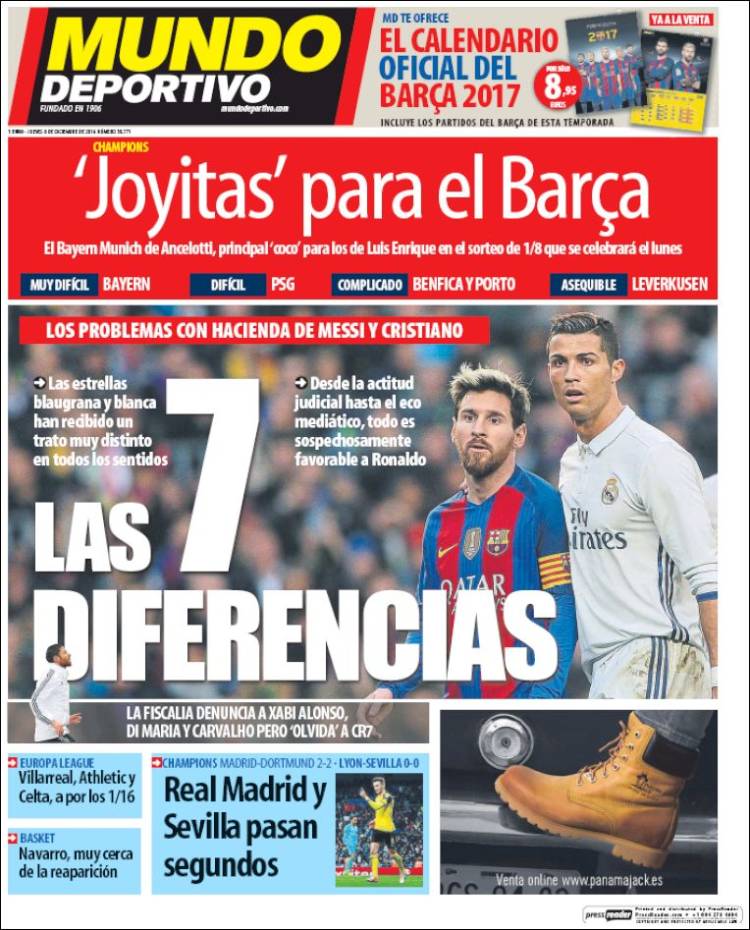 The tax cases of Cristiano and Messi are being treated differently

'Little joy' for Barca - could draw Ancelotti's Bayern in last 16

Real Madrid and Sevilla qualify for last 16 in 2nd place