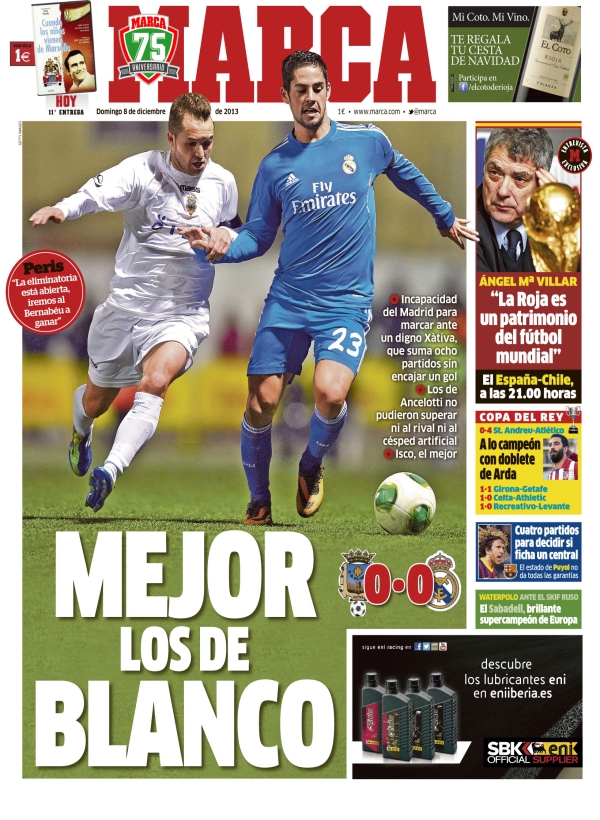 Best of Los Blancos
Madrid were incapable of scoring against Xativa, who have gone eight games without conceding a goal
Ancelotti's side could not overcome their rival nor the artificial grass
Isco was the best
Angel M Villar: "La Roja are a worldly treasure"
Copa del Rey: Going for the championship, with Arda getting a double

Four games to decide if Barca need a central defender 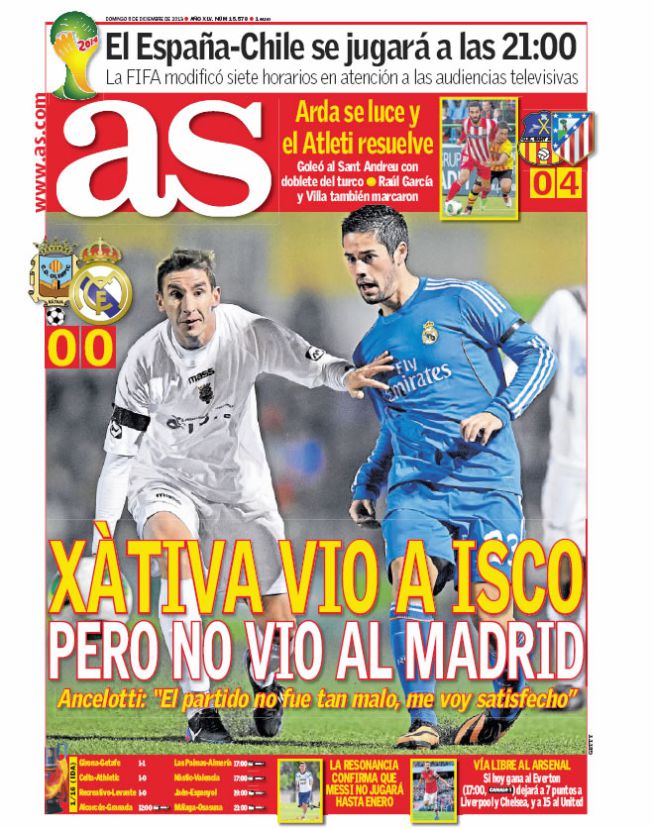 Xativa see Isco, but no Madrid
Ancelotti: "The game was not that bad, I go satisfied"
Arda lights up as Atletico do the job
Goals at Sant Andreu with a double for the Turk
Raul Garcia and Villa also scored
Spain will play Chile at 21.00
Fifa modify the hours according to television audiences
Arsenal can leap forward if they beat Everton today as they will mhave a seven-point lead at the top of the table

Messi will not play until January 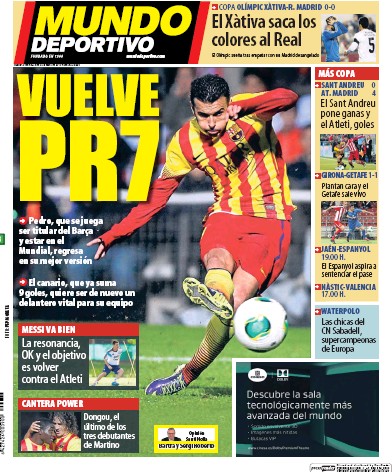 PR7 returns
Pedro, that played from the start for Barca and will be at the world cup returns to form
The Canarian, that already has nine goals, wants to have a more important role in the team
Messi is going well
He could return against Atletico
Cantera power: Dongou, the last of the three debutants under Martio
Xativa suck the life out of Madrid
Olimpic dreaming after drawing against an under par Madrid
Sant Andreu show enthusiasm but Atletico score the goals

Celta complicate life for the Leones