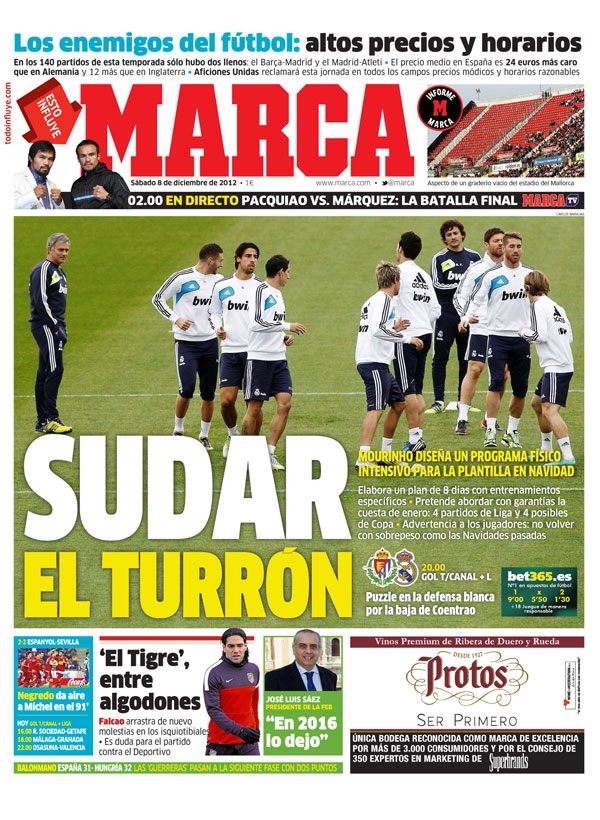 Christmas Sweets: Mourinho to implement an intensive physical program for the Christmas period

It will span eight days with specific and aims to deal with the upcoming challenges in January where Real will play four games in La Liga and possibly four games in the Copa del Rey; it is a warning to players to not become overweight of the Christmas period

Real Valladolid v Real Madrid: With Coentrao out Mourinho has to shuffle things around in defence

The Tiger is wrapped up in cotton wool: Falcao has pain again in his hamstrings and is a doubt for the game against Deportivo

Jose Luis Saez, the President of Spanish basketball: I will leave my position in 2016

Handball, Spain 31-32 Hungary: The warriors pass to the next phase with two points

The enemies of football: High prices and kick-off times 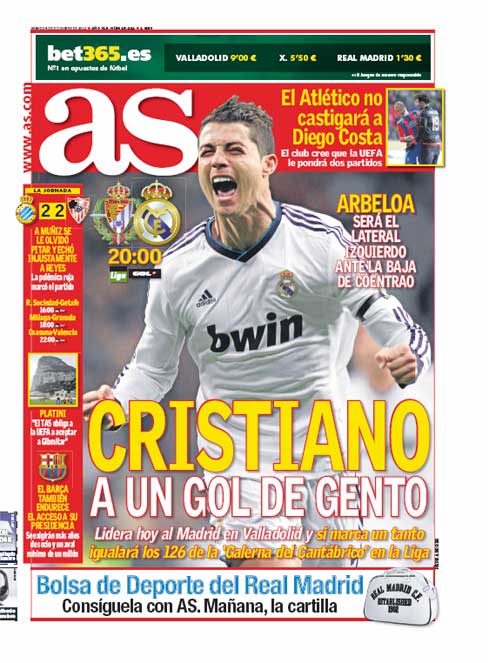 Cristiano one goal from Dento: To lead Real Madrid today against Real Valladolid; if he scores one more he will equal the 126 goals mark set by the legendary Cantabrian striker, Gento

Arbeloa to play at left back in the absence of Coentrao

Atletico do not punish Diego Costa; the club believe that UEFA will suspend him for two matches

Espanyol 2-2 Sevilla: Controversy mars the game with the referee not calling an injustice on Reyes

Barca’s also make it more difficult to access their president 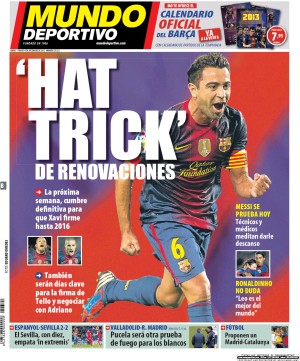 A hat-trick of renewals: The next week will see Xavi sign on until 2016

Also, it will be just days before Tello and Adriano extend their contracts

Messi to try today: Trainers and medical staff ponder give him a rest

Ronaldinho in no doubt: Leo is the best in the world

Valladolid v Real Madrid: The Pucela will be another acid test for Los Blancos

Football: A match between Madrid and Catalunya is proposed