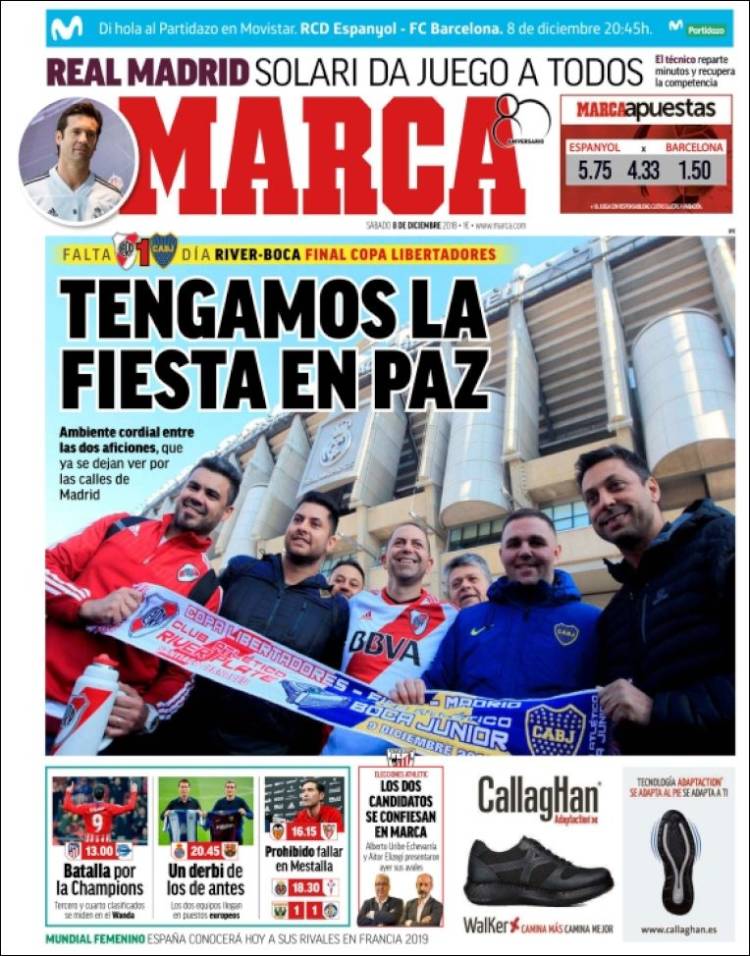 One day until the River-Boca Copa Libertadores Final

Let's have the party in peace

Friendly atmosphere between the two sets of fans, already seen on the streets of Madrid

Battle for the Champions League

Not allowed to mess up at Mestalla 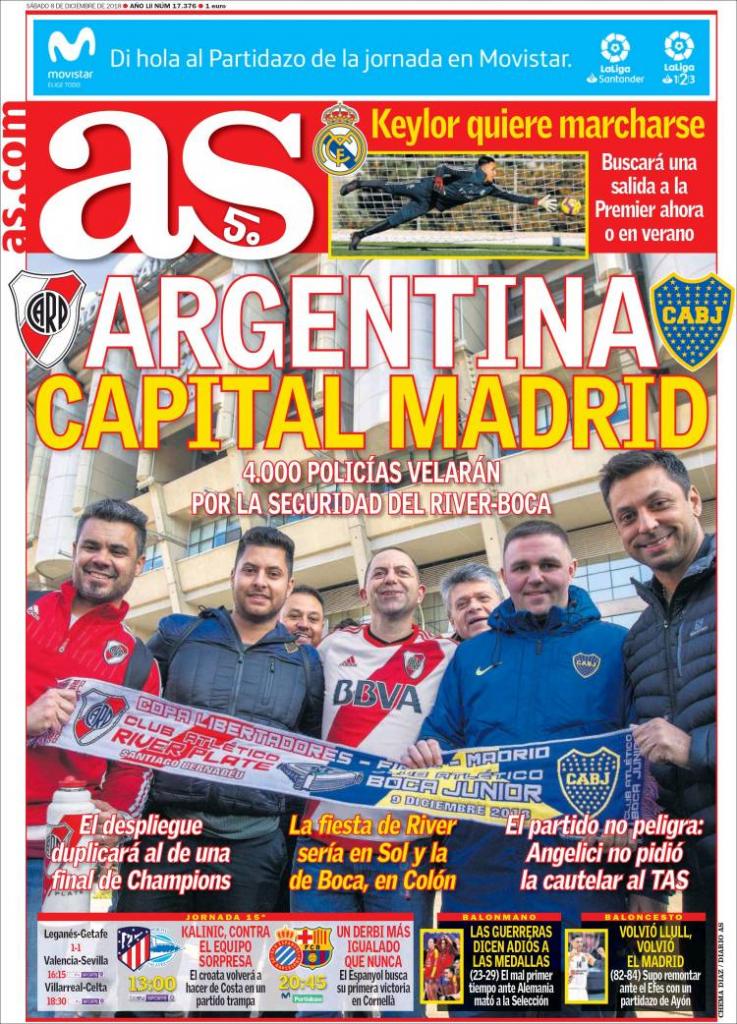 As many as there were for the Champions League Final

The game isn't under threat: Angelici will not go to CAS

Kalinic against the surprise packages 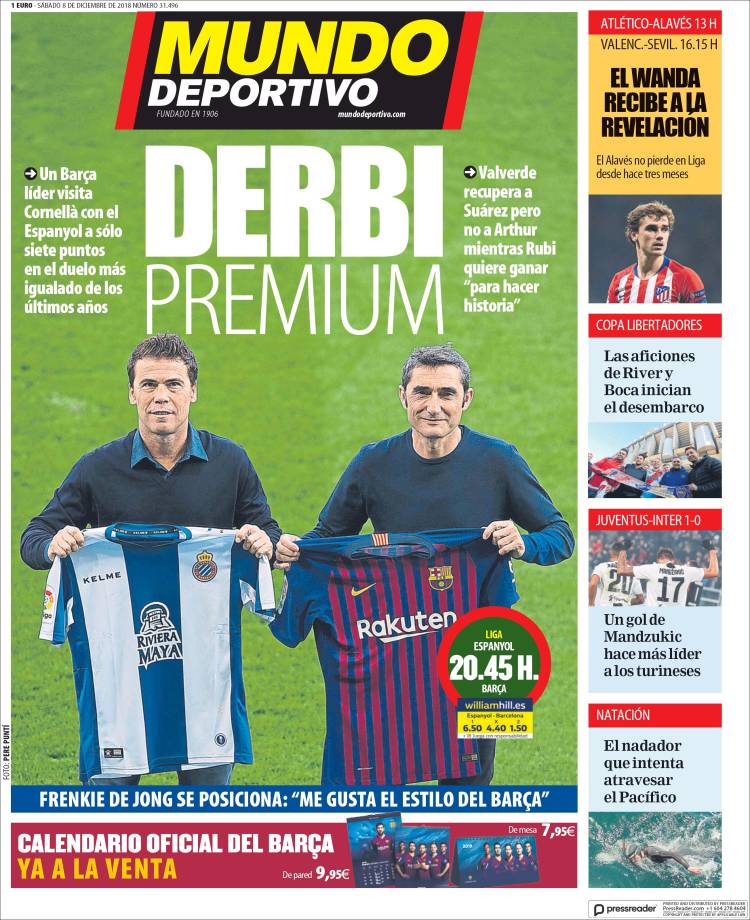 Leaders Barca visit Cornella to face an Espanyol side only seven points behind them, for what is their most even meeting in years

Valverde has Suarez back but not Arthur, while Rubi wants to win 'to make history'

Frenkie de Jong positions himself: "I like Barca's style"