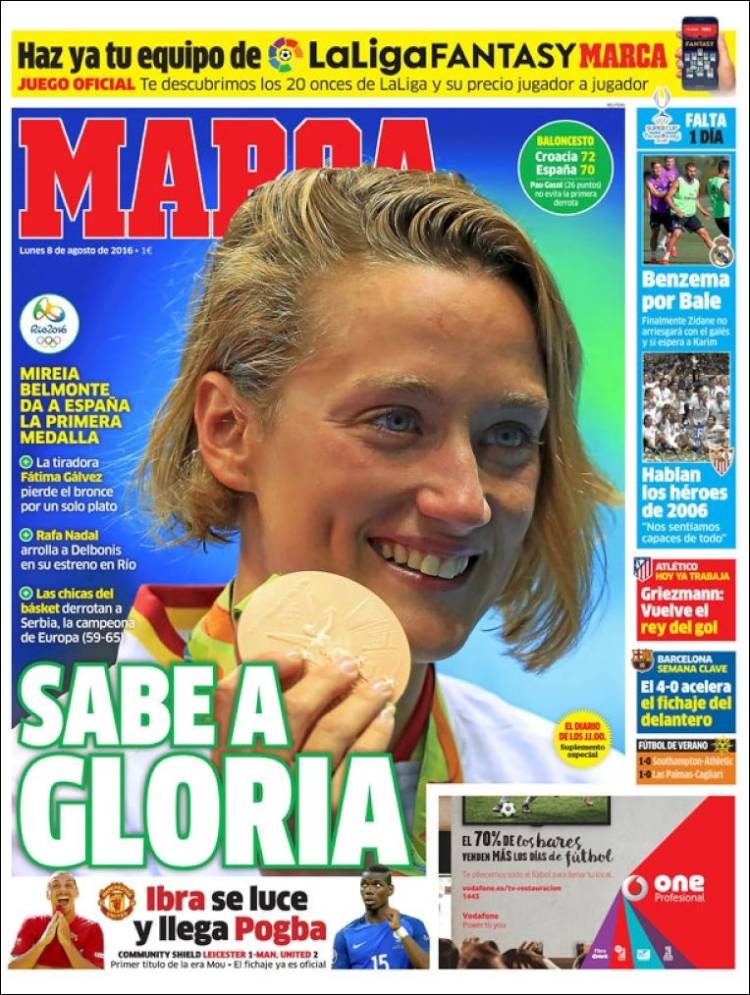 First trophy of the Mou era

The signing is official

The 4-0 accelerates the signing of a striker 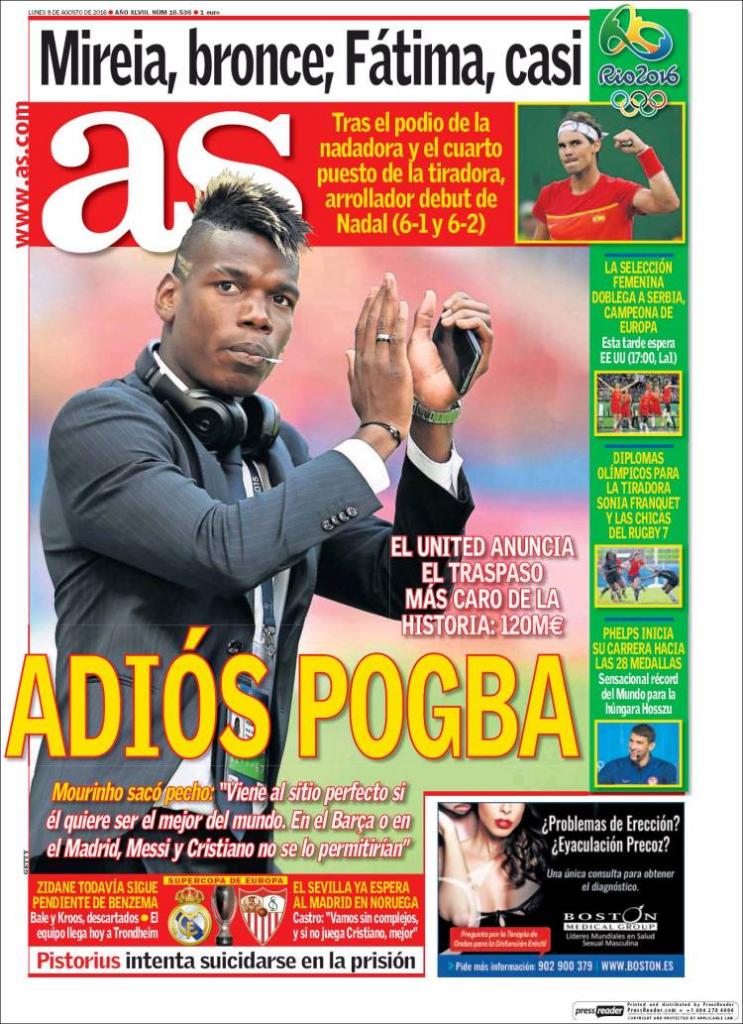 United announce the most expensive transfer in history: €120m

Mourinho puffs out his chest: “He’s come to the perfect place if he wants to be the best in the world. At Barca or Madrid, Messi and Cristiano wouldn’t allow it”

Bale and Kroos, ruled out

The team arrive in Trondheim today

Castro: “We’ll play without any complexes, and if Cristiano doesn’t play, the better” 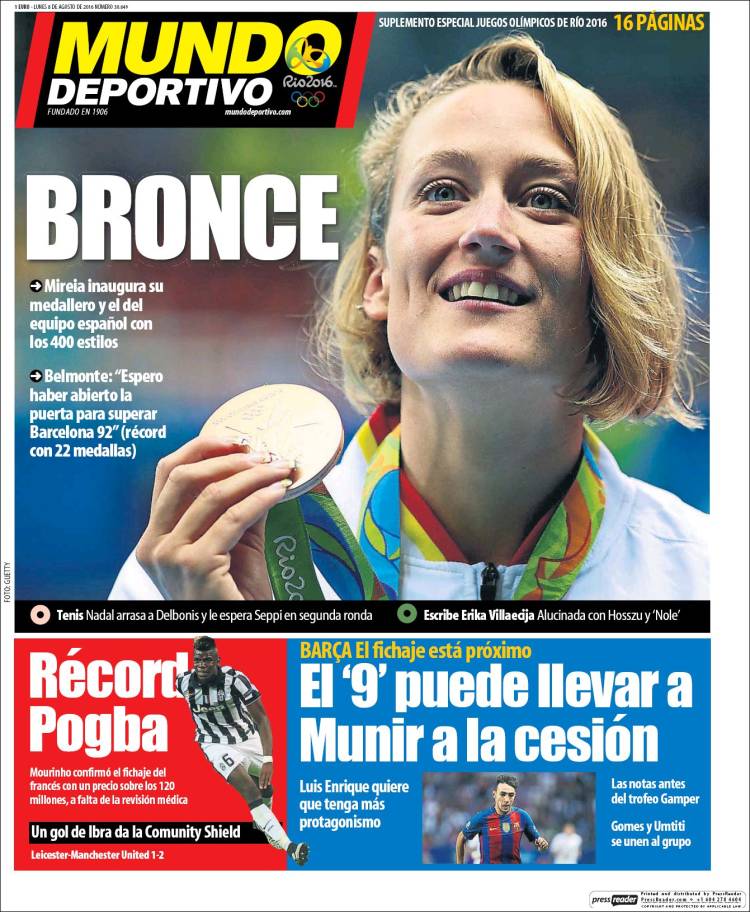 Mourinho confirms the signing of Frenchman for a price of around €120m, in the absence of a medical

Barca, the signing is coming

The No 9 can lead to a loan for Munir

Luis Enrique wants him to have more prominence

Gomes and Umtiti join the group