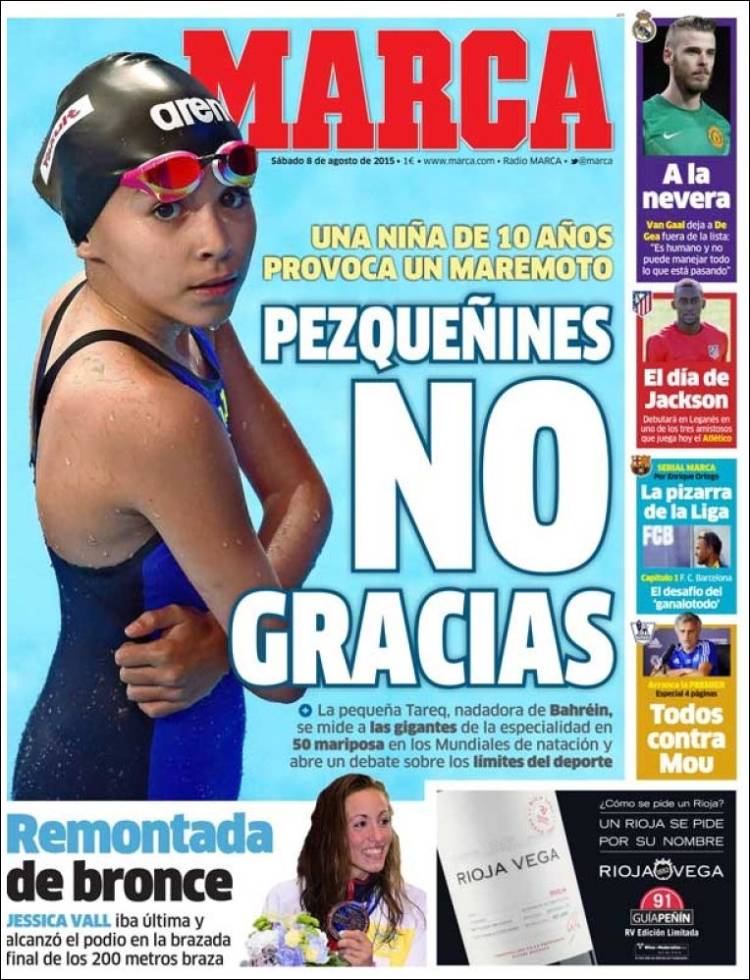 “He is human and cannot handle everything that is happening”

Start of the Premier League 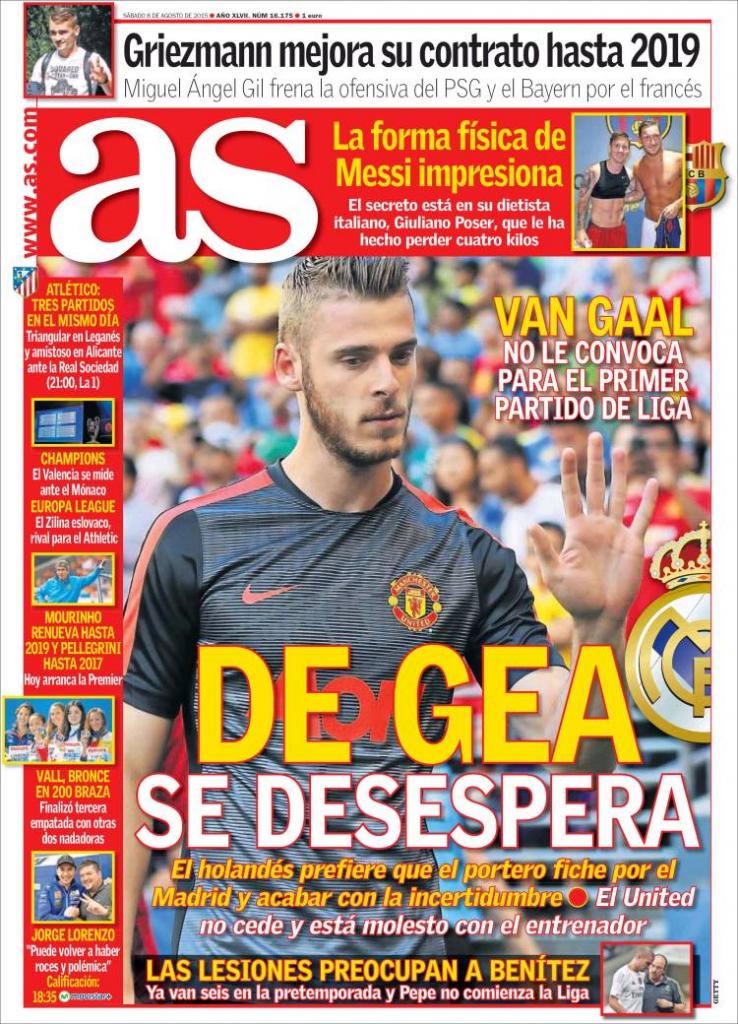 Van Gaal does not call him up for the League opener

United will not give in and are upset with their manager

His secret lies with his Italian dietitian Giuliano Poser, who made him lose 4kg

Today marks the start of the Premier League 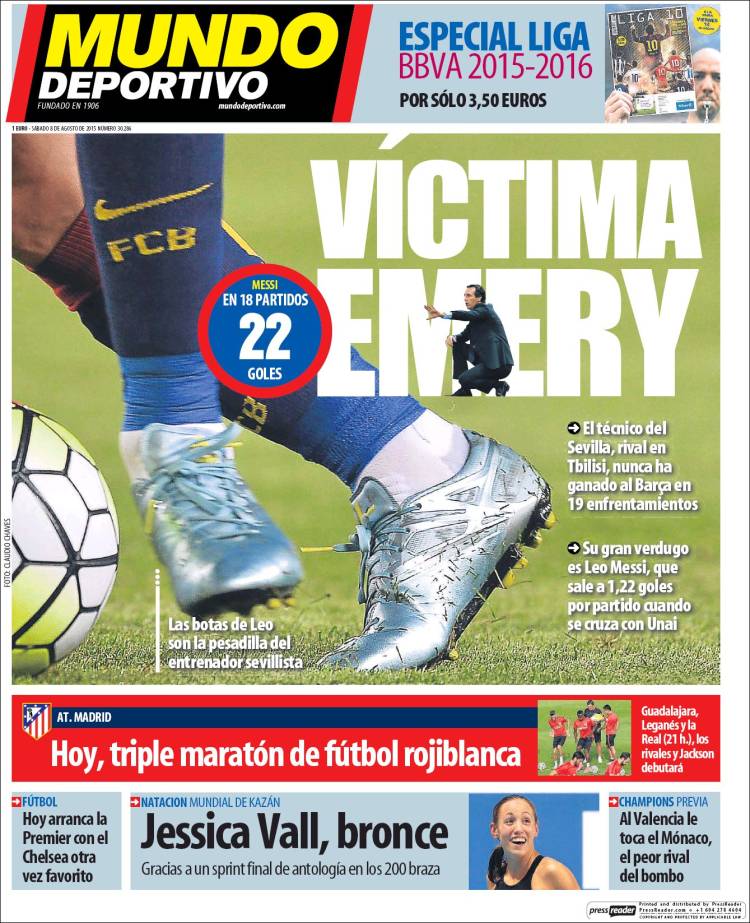 The Coach of Sevilla, Barca’s opponents in Tbilisi, has not beaten Barca in 19 meetings

His great executioner is Leo Messi, who averages 1.22 goals per game when he crosses paths with Unai

Leo’s boots are the bane of the Sevilla trainer

Guadalajara, Leganes and Real are their opponents, Jackson to make his debut

The Premier League restarts today, with Chelsea the favourites