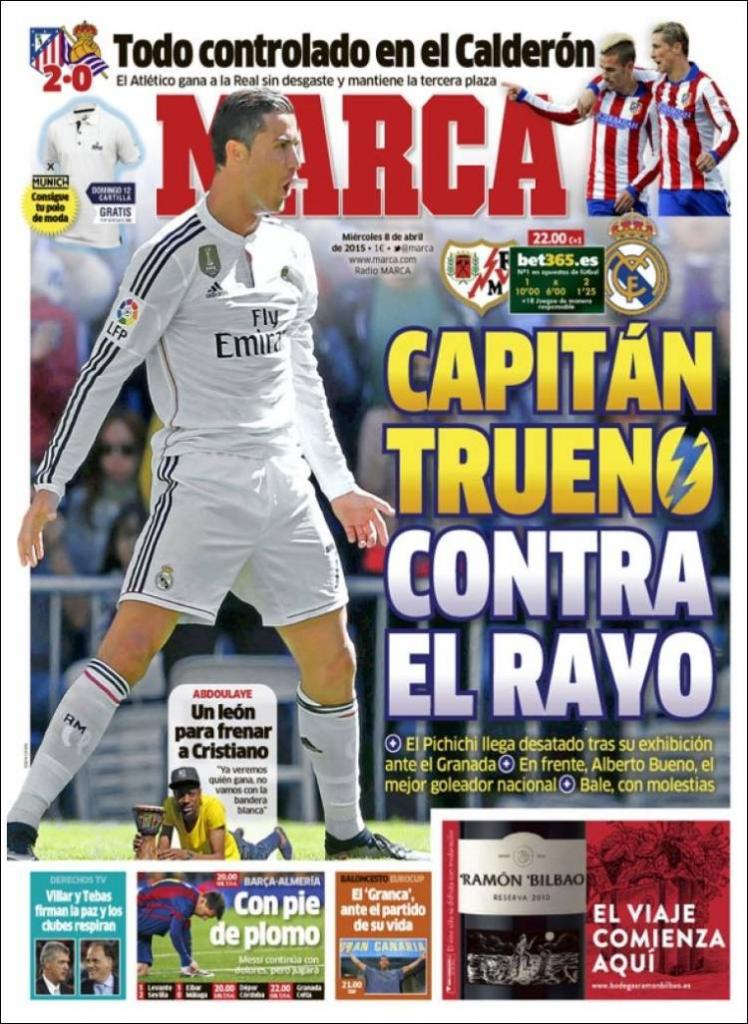 The Pichichi arrives unleashed after his exhibition against Granada

Everything under control at the Calderon

Abdoulaye: a lion to stop Cristiano. “We’ll see who wins but we are not going out to raise the white flag”

With a leaden foot. Messi continues to be in pain but will play 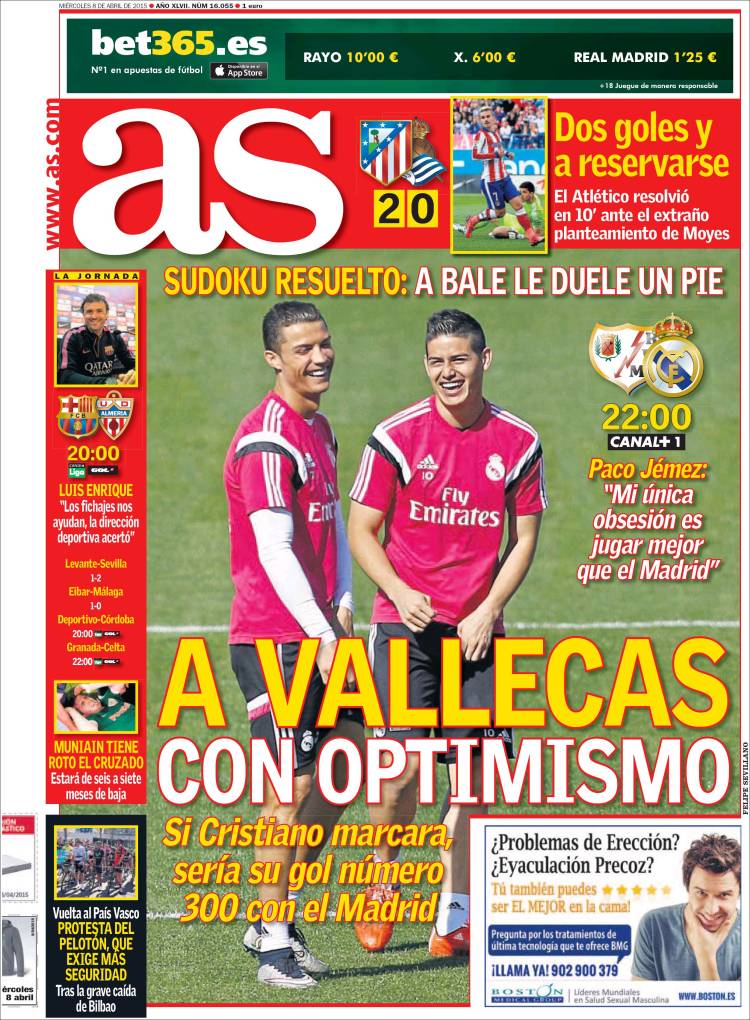 To Vallecas with optimism

If Cristiano scores it will be his 300th goal with Madrid

Paco Jemez: “My only obsession is to play better than Madrid”

Sudoku resolved: Bale has pain in a foot

Two goals and now to reserve oneself. Atletico settle it in 10 minutes against a strange Moyes approach

Luis Enrique: “The signings help us. The sports management side are correct”

Muniain has broken a cruciate ligament. He will be out for six or seven months 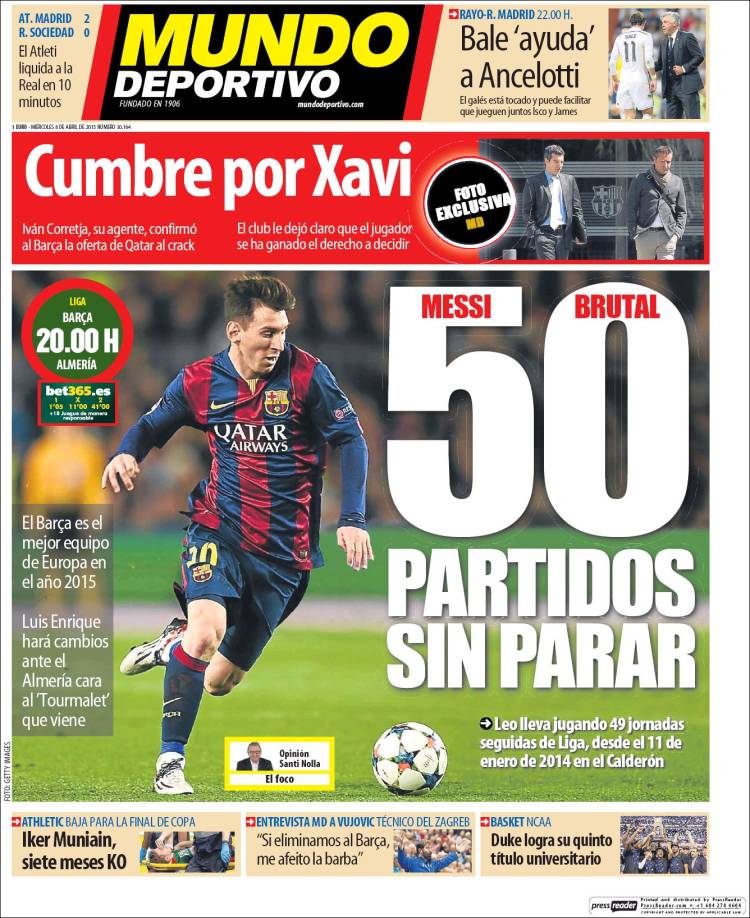 Leo has played 49 consecutive weeks in La Liga since January 11, 2014 at the Calderon

Barca are the best European team of 2015

Ivan Corretja, his agent, confirmed to Barca the star’s offer from Qatar

Bale ‘helps’ Ancelotti. The Welshman is injured and makes it easy for Isco and James to play together