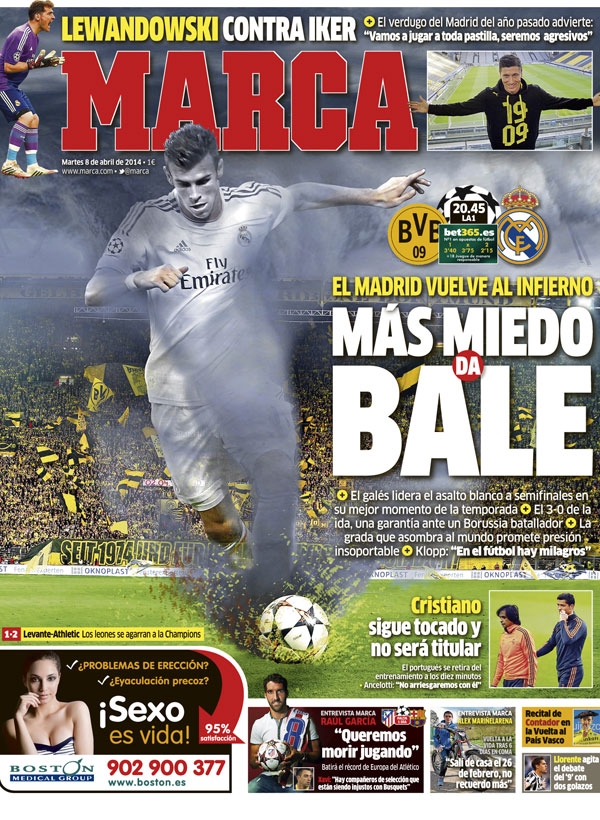 Bale brings fear
Madrid return to the inferno
The Welshman will lead the assault for a place in the semifinals in top form
The 3-0 in the first leg is a guarantee against a battling Dortmund
The home fans will show their support and make it a real pressure-cooker
Klopp: "In football there are miracles"
Cristiano continues to suffer from injury and will not start
The Portuguese stopped training yesterday after ten minutes
Ancelotti: "We will not take risks with him"
Lewandowski against Iker: The
Madrid's executioner of last year warns: "We will put in everything and be aggressive"
Raul Garcia: "We want to die playing"
Xavi: "There are teammates in the Seleccion who have been unfair with Busquets"
Llorente triggers the debate for the number 9 with two golazos 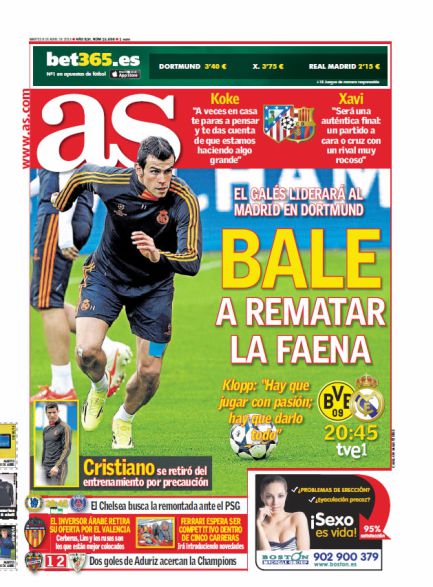 Bale  to finish the job
The Welshman will lead Madrid in Dortmund
Klopp: "We must play with passion, we have to give everything"
Koke: "Sometimes at home you stop to think and realise what we are doing is something great"
Xavi: "It will be an authentic final: a game where two tough rivals come face to face"
Cristiano leaves training early as a precaution
Chelsea look for a comeback against PSG
Arab investor withdraws his offer for Valencia
Cerberus, Lim and some Russians are the most interested parties
Ferrari expects to be competitive again within five races
Two goals from Aduriz brings Champions League football closer for Athletic 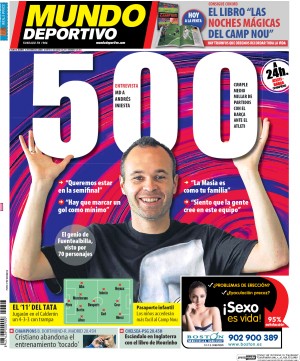