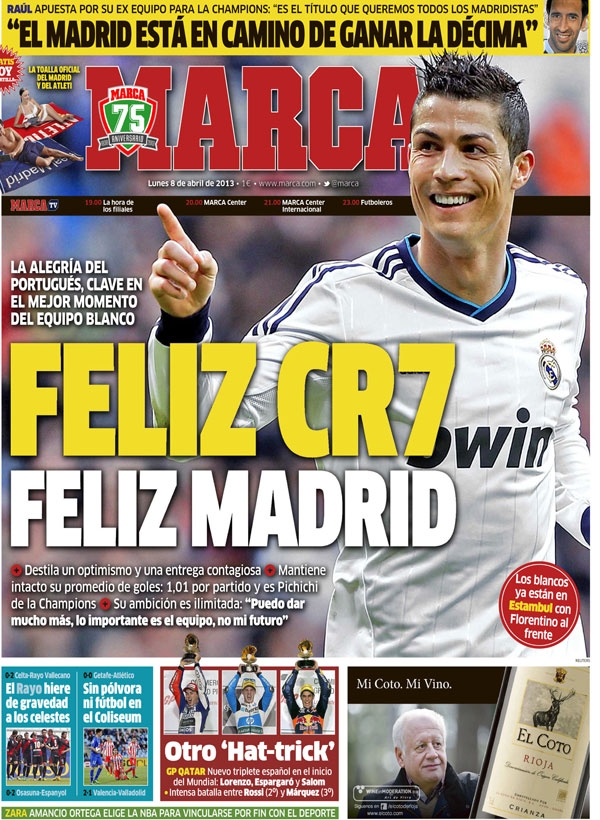 Ronaldo's optimism has spilled over into the team

He maintains his average of goals: 1.01 per game and the leading scorer in the Champions

His ambition is unlimited: "I can give much more ,the important thing is the team, not my future," Ronaldo

"The Champions League is what every Madridista want"

"Madrid are on the right path to win the Champions League"

Getafe 0-0 Atletico: Without threat nor football at the Coliseum

Intense battle with Marquez and Rossi 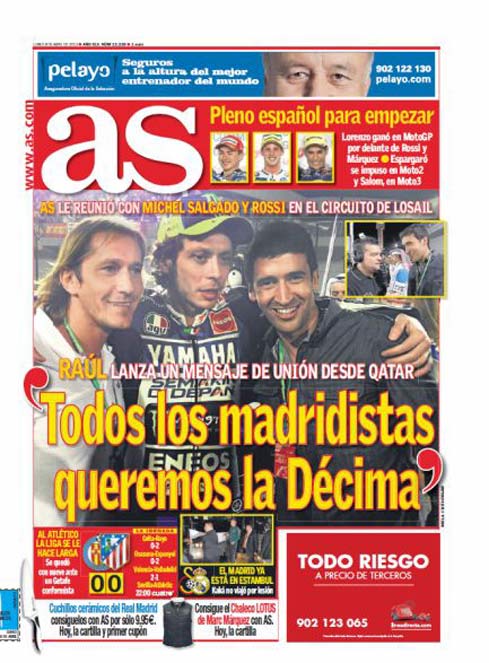 Full of Spaniards from the start

Lorenzo wins the MotoGP ahead of Marquez and Rossi

Espargaro impresses in Moto2 and Salom in Moto3

They leave the field with nine men against Getafe

Kaka does not travel due to injury 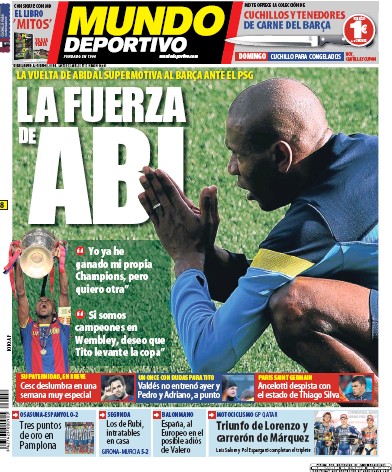 The strength of Abidal

The return of Abidal to motivate Barca against PSG

"I have already won the Champions League, but I want another,"

"If we win the Champions League in Wembley, I want Tito to lift up the cup"

Cesc dazzles in a very special week for the club

An eleven without doubts for Tito: Valdes does not train yesterday and Pedro and Adriano ready

PSG: Ancelotti trys to mislead on the state of Thiago Silva