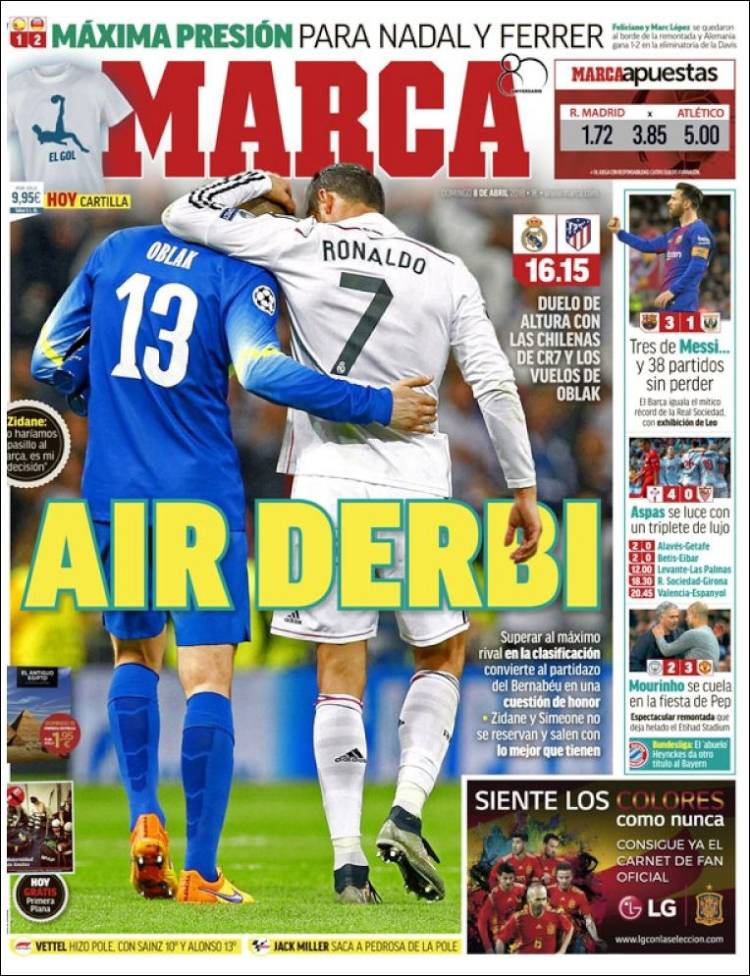 Clash of stature between Ronaldo's overhead kicks and Oblak's reflexes

Three for Messi and 38 games without losing

Aspas shines with a classy hat-trick 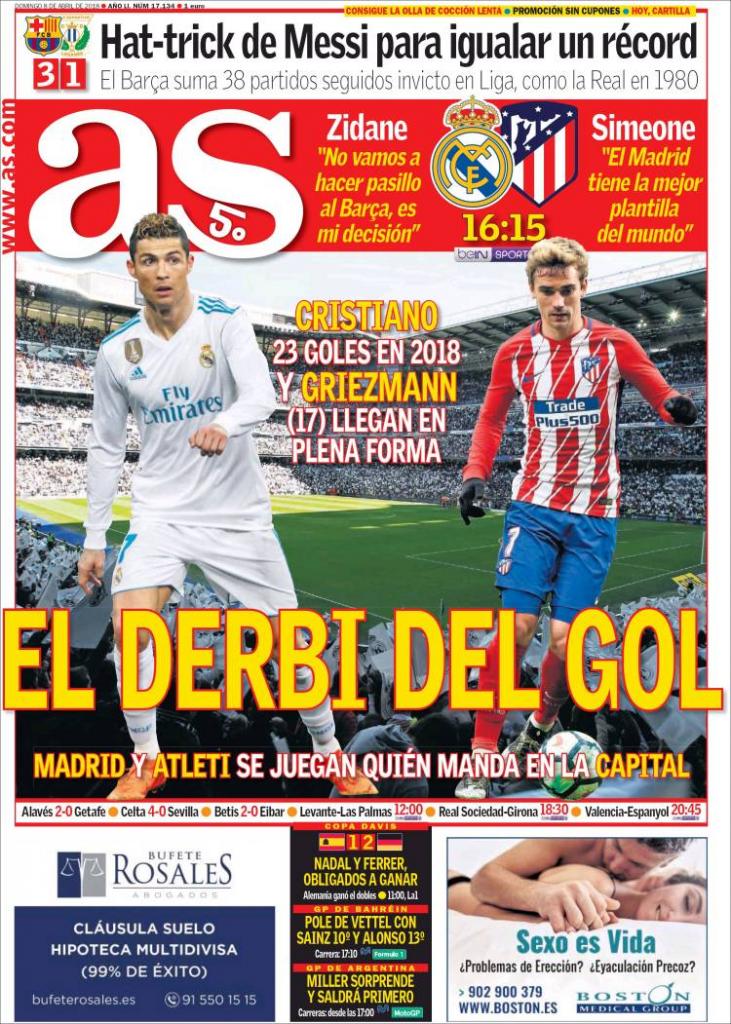 Messi hits a hat-trick to equal the record

Zidane: "We're not going to give Barca a guard of honour, it's my decision"

Simeone: "Madrid have the best squad in the world"

Griezmann arrives in top form with 17

The Derbi of goals

Madrid and Atleti play for bragging rights in the capital 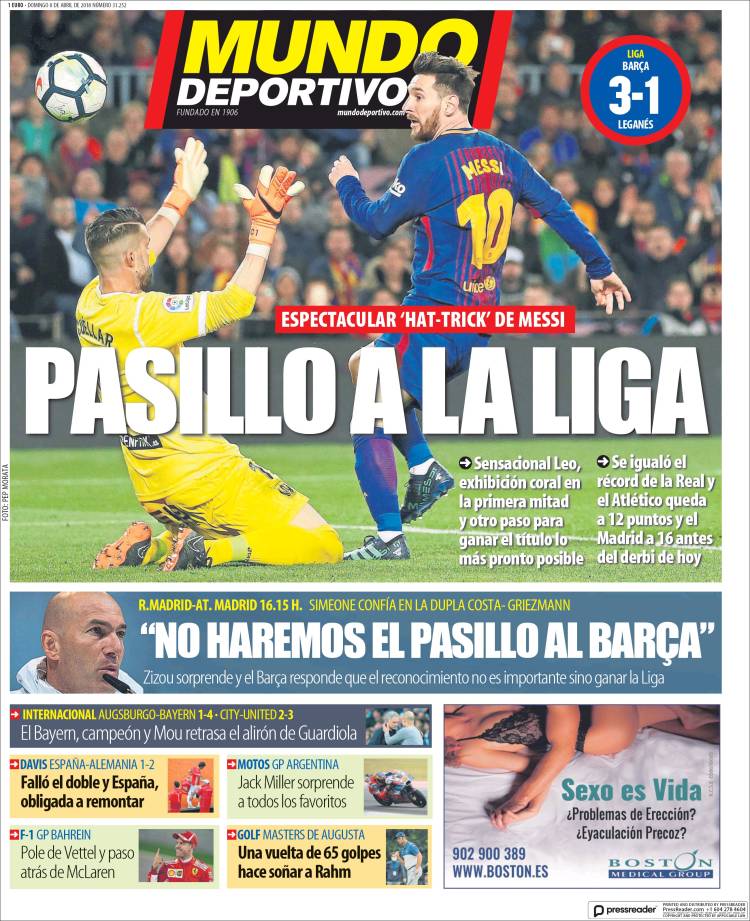 They equal La Real's record and move 12 points clear of Atletico, plus 16 of Madrid before today's Derbi

Simeone puts his faith in the Costa-Griezmann partnership

"We won't give Barca a guard of honour"