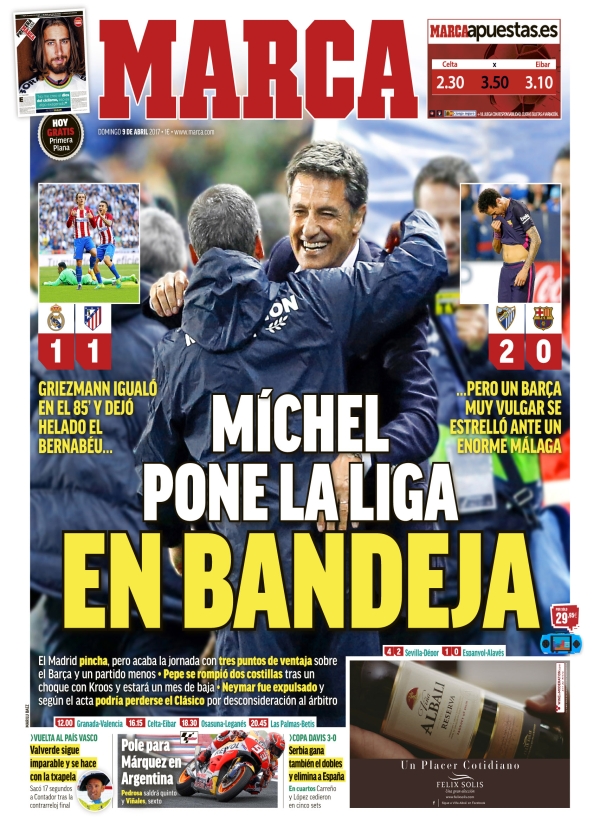 Griezmann equalised in the 75th minute and stunned the Bernabeu…

... But a very ordinary Barca crashed against a massive Malaga

Neymar was sent off, and according to the referee’s report, he could miss the Clasico for disrespecting an official 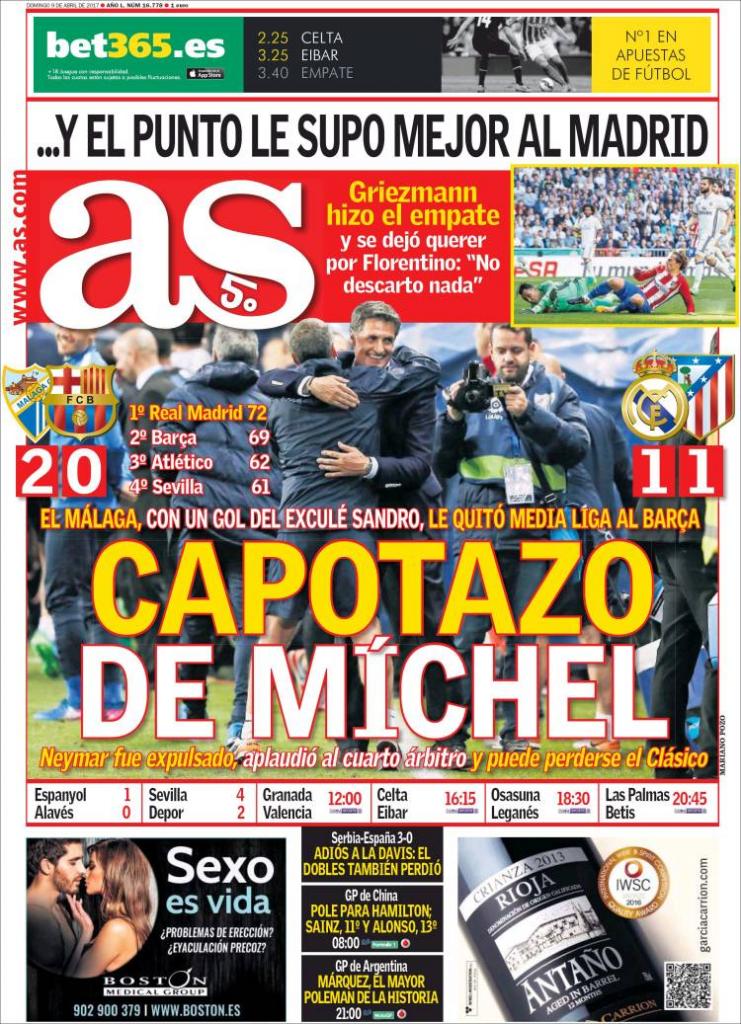 Michel’s ‘capotazo’ (a pass with the cape in bullfighting)

Malaga, with a goal from ex-Cule Sandro, took half of the League away from Barca

Neymar was sent off, applauded the fourth official and could miss the Clasico

... And it made Madrid’s point taste better

Griezmann drew the game and left his door open to Florentino: “I won’t rule out anything” 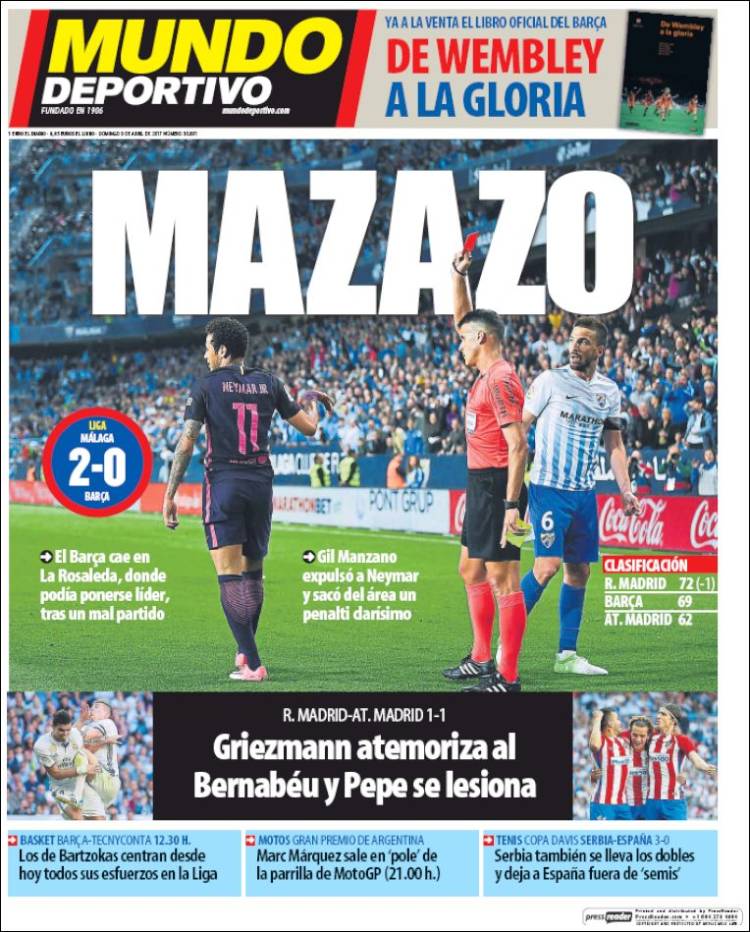 Barca trip up at La Rosaleda, where they could have become leaders, after a bad match

Griezmann frightens the Bernabeu and Pepe gets injured