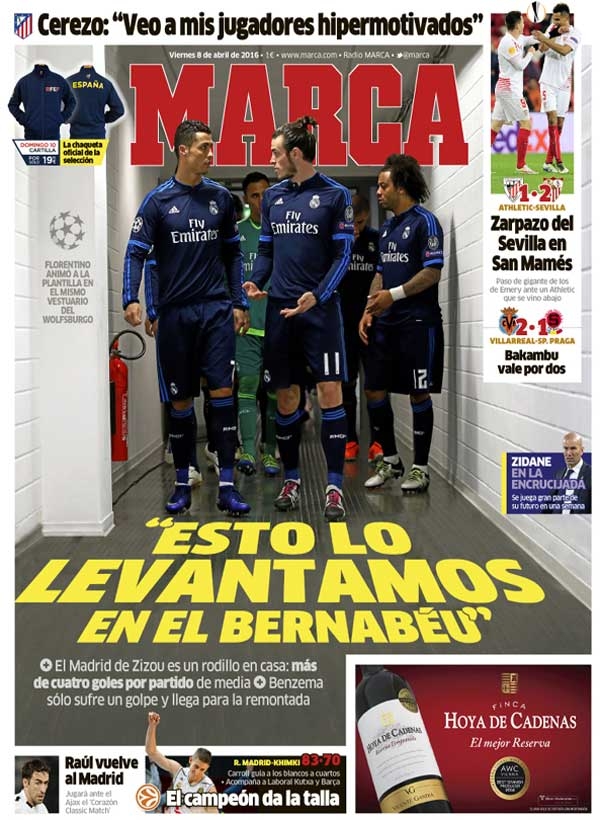 “This gets us up for the Bernabeu”

Zizou’s Madrid are on a roll at home: more than four goals per game on average

Florentino encouraged the squad in the dressing room at Wolfsburg

Cerezo: “I see our players super-motivated”

He will play against Ajax in the ‘Corazon Classic Match’

Zidane at a crossroads 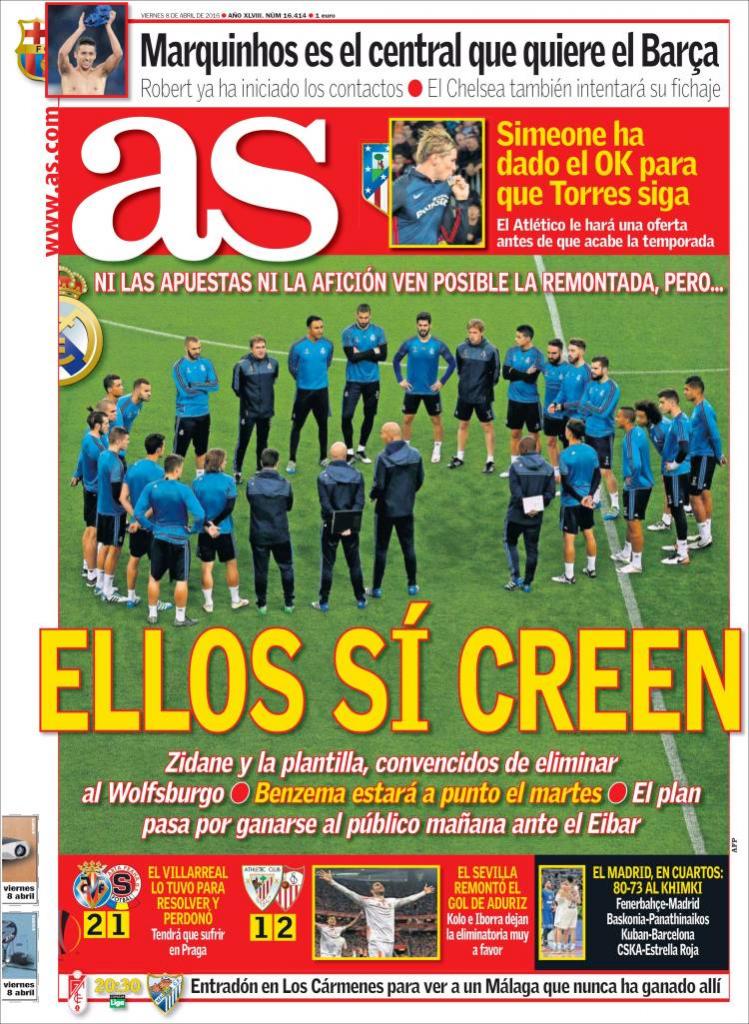 Neither the betting nor fans see the comeback possible, but...

Zidane and his squad are convinced they will eliminate Wolfsburg

Benzema will be ready for Tuesday

Simeone gives the OK for Torres to continue

Marquinhos is the centre-back Barca want

They will have to suffer in Prague 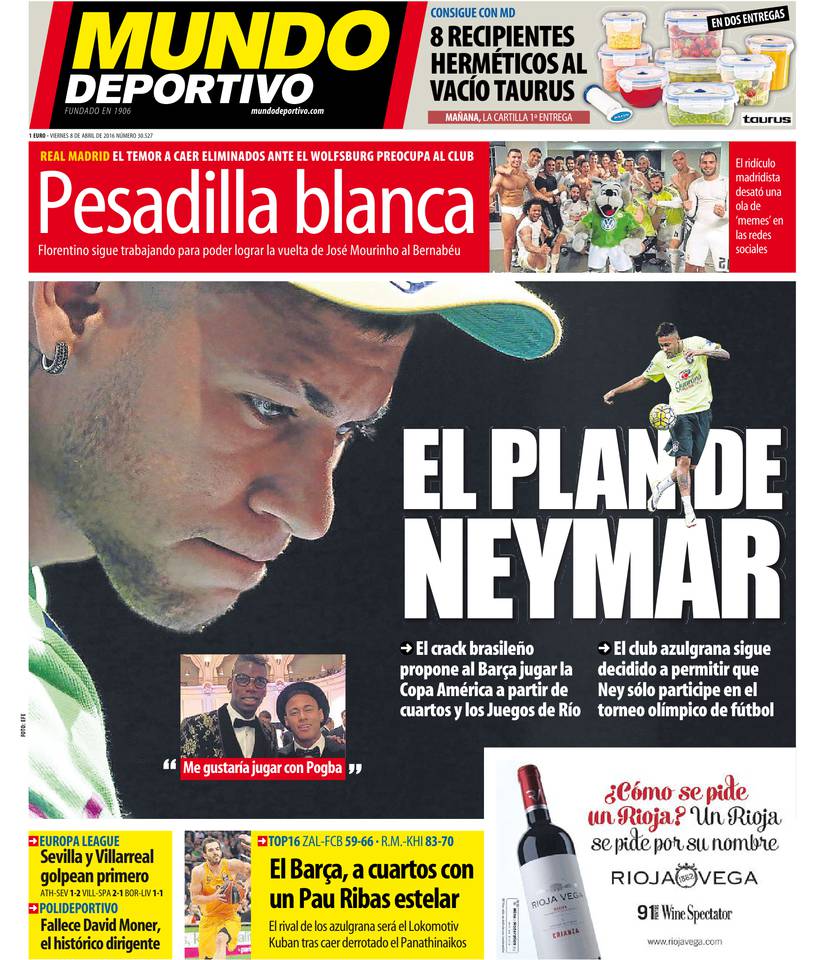 Real Madrid, the fear of being eliminated by Wolfsburg worries the club

Florentino is working on Jose Mourinho’s return to the Bernabeu

Madrid’s ridiculousness sparks a wave of ‘memes’ on social media